Moo-ve over R2D2 for the Astronaut A4 Mullinavat milker 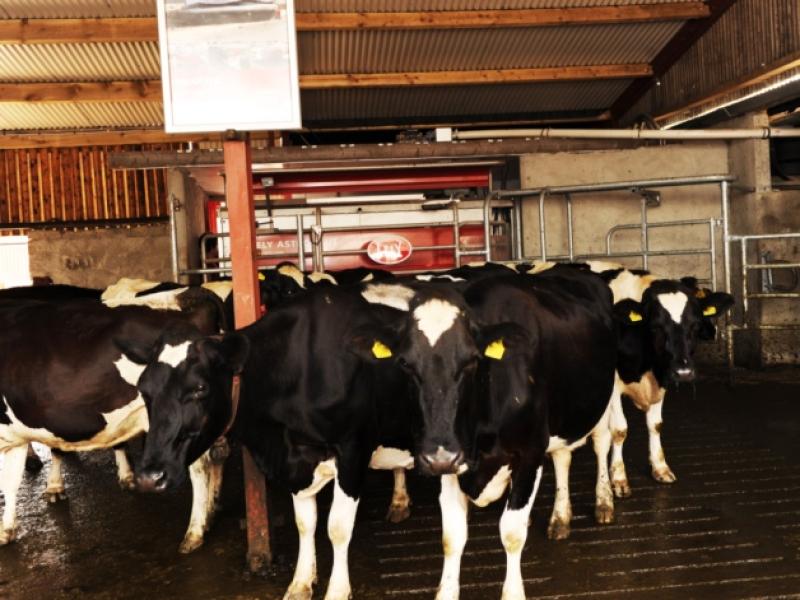 Over 1,200 people visited PJ Malone’s fantastic farm in Mullinavat on Thursday to witness for themselves the miracle of milking robots.

Over 1,200 people visited PJ Malone’s fantastic farm in Mullinavat on Thursday to witness for themselves the miracle of milking robots.

Those who turned up were hugely impressed by the two “Lely Astronaut A4 milking robots” and some who came to be convinced compared them to A4 Audis such was their efficiency.

And a number of prospective buyers for the machines which cost E130,000 each, including the central control unit, were identified and these computers looks set to become a thing of the future, especially when milk quotas go at the end of the year with a huge increase in the number of cows on Kilkenny farms expected.

And a large number of new entrants to the dairy industry have started preparation for what will be the biggest challenge to milk production for 30 years. PJ Malone is very happy with the robots and finds it great that the robots work within the grazing regime introduced by him and his two sons Robert and Richard.

Like many others they hope to increase their herd from 85 Friesians to 130 in the near future.

He hopes to have the robots at full capacity once the quotas go and he is currently happy with volume of milk being produced, the amount of protein in it and the low Somatic cell count (SCC) which is an indicator of the quality of milk.

PJ who is on the National Council of the Irish Creamery Milk Suppliers’ Association (ICMSA) is delighted with his investment for the future and says that it runs itself and updates in software are updated automatically in the system. “The main benefit is that I am no longer tied to milking and it is much easier to carry out other jobs around the farm.