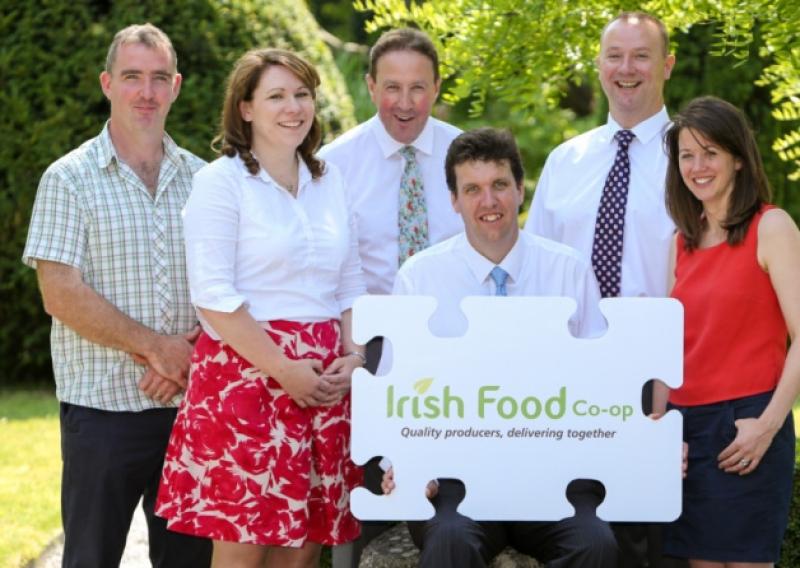 The first of it’s kind in the country, and a giant leap forward for local food producers in Kilkenny and the entire south east region.

The first of it’s kind in the country, and a giant leap forward for local food producers in Kilkenny and the entire south east region.

The newly formed Irish Co-Op will boldly take local food products where they have struggled to go before - new markets, new processes and ultimately new profits for the growing local food industry in the south east.

Originally a Kilkenny Leader Partnership strategy, the geneisis of the idea began two years ago with a Kilkenny Food Strategy and the challenge of ‘Growing a local food economy.’

Kilkenny Leader looked beyond the borders - to the entire south east and apart from local food producers the co-op includes Waterford and Wexford brand names - with the promise that it’s an ‘open shop.’

The premise of the Irish Food Co-op is simple. Leave local food producers do what they are good at - namely making great food - and look after the other crucial ingredients of a successful business - marketing, distribution, invoicing and cashflow.

The man at the helm of the Irish Food Co-Op is Eoghan Hegarty, and the offices are based in Piltown, Co. Kilkenny. Speaking prior to the launch of the Co-Op at Butler House last Friday, Eoghan outlined the strategy and the benefits. “People want to buy more local food, and we have great local food producers. And the word on our products now is travelling greater distances. So the Co-Op will satisfy all- the consumer who wants the product, and that means the retailer will want it and of course the food producers.

“We are not totally focussed in Kilkenny, it’s not a closed shop and we are not looking on this at the start of conquering the world, but we will get the small things right at first and build from there. I am very excited about this. Once a product is retail ready, then you are ready to come and talk to us.”

Already discussions have taken place with major supermarket retailers in securing the deals.

CEO of Kilkenny Leader Declan Rice stated that the Irish Food Co-op is “really something big” and has the potential to really make an impact in the local economy,. He complimented the enthusiasm of local food producers and their ability to work well together.

Another group behind the scheme is the Barrow Nore Suir Development and board member Denis Drennan, also local chairman with Kilkenny Leader, cited that it was very much funding well placed in setting up the Co-Op.

The first chairperson of the Irish Food Co-Op is Sarah Gough of Milleven Fine Foods. Sarah’s family business, which employs nine, has been in operation 26 years.

For Sarah the problem was simple enough. “I can export to 16 countres but there are counties in Ireland that do not have our products.” And that’s something she is determined to sort out adding the Co-Op has created over 60 jobs, and local producers use local packaging so all industries benefit.

Irish Food Co-Op is grateful to Paul Brophy and John O’Shea for their support in securing their premises in Piltwon.

And the man that retailers will get to know very well over the coming weeks and months is George Campbell - who will be the first port of call for retailers as they hope to stock their shelves with products who have unrivalled reputation, and big plans.

MC at the launch was local chef and champion of local produce - Edward Hayden.

He cited culinary integrity as a key factor in the success of locally produced food.