The saint who inspired Santa is buried in Kilkenny 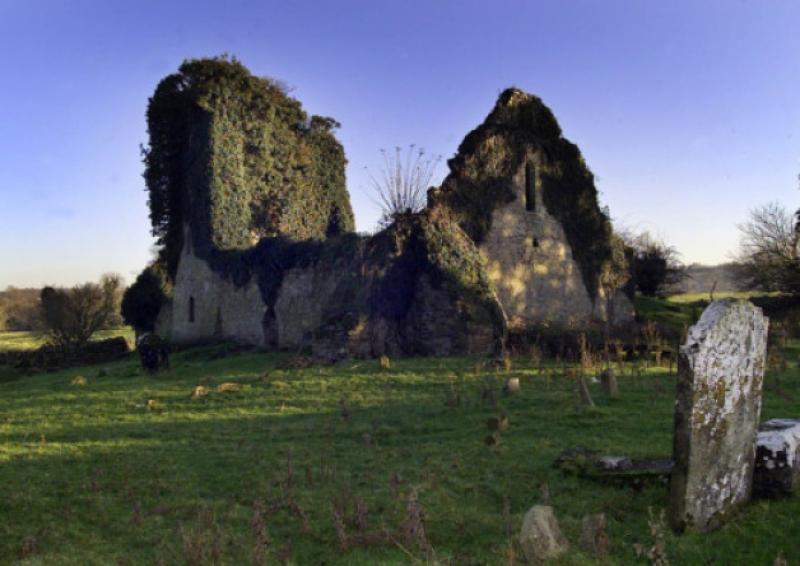 WITH Christmas only 10 days away, many of you, fretting over presents and wondering what to get those dear to you, will be unaware of the intrinsic link between the greatest gift giver of them all and County Kilkenny.

WITH Christmas only 10 days away, many of you, fretting over presents and wondering what to get those dear to you, will be unaware of the intrinsic link between the greatest gift giver of them all and County Kilkenny.

According to Kilkenny historians, the saint who inspired the spirit of Christmas is buried at Newtown, Jerpoint, close to Mount Juliet hotel and golf club.

In something akin to a chapter from a Dan Brown novel, it appears that the remains of St Nicholas of Myra well known for his secret gift giving in the 4th century, were moved to a little church three miles from Thomastown some 800 years ago. It is well documented that during his life, St Nicholas left anonymous gifts for the poor and his well-known philanthropy and generosity of spirit led to him being made a saint shortly after his death in 346 AD, inspiring the legend of Father Christmas, Santa Claus or Kris Kindle-call him what you will.

Whether Santa was already in the world before St Nicholas is hard to say but for most Christians, Santa Claus is very much alive and at the centre of their plans for the holiday season, while the man himself is preparing for his big night.

One story attributed to St Nicholas was that of a poor man with three daughters who didn’t have the money to buy their dowries and thus save his children from slavery. As the girls came of age and the man’s anxiety increased, bags of gold were tossed through a window or down a chimney of his home over three nights - providing him with the funds he needed to save his girls and marry them odd to well-off husbands.

It is thought that the man who inspired the tradition of leaving presents under a Christmas tree, St Nicholas came from a wealthy Byzantine family and he is believed to have given much of his fortune away.

Early pilgrims visited the cathedral in Myra to pay their respects to the bishop. He was originally buried at a local church in Myra, in modern day Turkey, when he died. Historians now believe his body was later moved to the church in Ireland by early Crusaders who were responsible for taking many valuable artefacts from Turkey and neighbouring Greece

Chairman of Callan Heritage Society Philip Lynch said that the remains were twice transferred across Europe in the 12th century. The colourful farmer claims a French family called the de Frainets moved the saint’s remains from Myra to Italy in 1169 and that a relative called Nicholas de Frainet then took the remains to Ireland when his family relocated there and built a little church to the saint at Jerpoint. “St Nicholas Church is still standing and there is a slab on the ground which marks St Nicholas’s grave,” he said. Few locals know of the much-loved figure’s link with Kilkenny. “It is an amazing story and yet very few people in Ireland know about St Nicholas’s connection with this country,” he said. “Every year now we get a few visitors to the site, “ Mr Lynch said.

Born into a wealthy merchant family in the Mediterranean city of Myra, St Nicholas dedicated his life to serving God and following Jesus’ instruction to “sell what you own and give the money to the poor.” And this seems to be the message from Pope Francis I who seems to be very much in the likeness of St Nicholas.

The saint left anonymous gifts for the sick and destitute – bags of gold were a favourite – and later earned a reputation as a miracle worker with the ability to resurrect murdered children. Following his death in AD 346, his tomb at Myra cathedral became a site of pilgrimage for early Christians, who believed it possessed mystical healing powers.

So how did a Turkish saint end up on buried here in Ireland? It’s long been known that St. Nicholas didn’t stay in his initial tomb for long. In the 11th century, the city of Myra, part of the Byzantine Empire, which inspired WB Yeats, was besieged by Seljuk Turks.

So the remains were removed in case they would get into the hands of the invading Muslims and it is thought that the casket was removed by a crew of enterprising Italian sailors and were spirited across the Mediterranean to their home port of Bari. Today, Catholics, Protestants and Orthodox Christians flock to that city on the Adriatic to pray at the grand Basilica di San Nicola, where his relics are rumoured to be kept but backing up Kilkenny historians theory that the remains never actually stayed in Italy.

Philip Lynch has claimed that the daring raid was carried out by Italian sailors but at the behest and organised by a family of French crusaders, who were known to be major collectors of relics. “The de Frainets, who are now known as the Freaneys, had land near Thomastown in Kilkenny,” Philly Lynch, said from his home at Mallardstown, Callan, adjacent to Callan golf club.

“They also had lands in France. They went on the Crusades to the Holy Land to take on the Saracens. The crusaders grabbed the remains as they were retreating from a Saracen army and took them to Bari in southern Italy, which was then part of the French Norman empire,” Mr Lynch said.

As Lynch tells it, the odyssey of the holy remains wasn’t over yet. After the Normans were forced out of Bari by the Genoese, the de Frainets shifted the relics to their home in Nice. But soon the balance of power turned against the Normans in France as well, so the family packed up St. Nicholas’s bones and headed to Ireland, adding that the remains were finally buried at the church in Jerpoint in 1200AD. The church now lies in ruins, but Lynch pointed out that one impressive tomb still stands out: a slab of rock into which the image of a bishop and two other heads have been chiselled. The heads are believed to be the two Crusaders who brought Nicholas’s remains to Ireland. And the bishop, believed to be Nicholas of Myra is surrounded by three gold bags which were destined for others.