Enda set for his toughest challenge yet 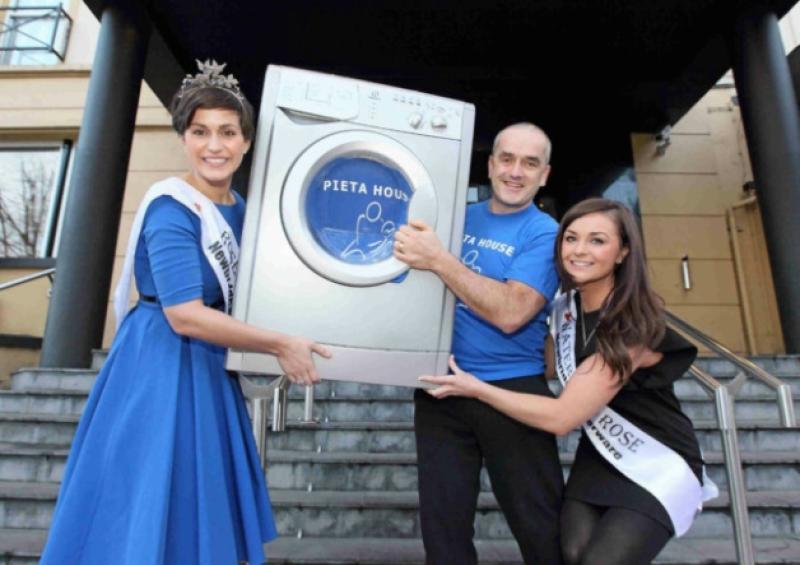 A teacher from Waterford is about to take on the challenge of a lifetime by strapping a washing machine to his back and walking from Belfast to Waterford – all for a good cause.

A teacher from Waterford is about to take on the challenge of a lifetime by strapping a washing machine to his back and walking from Belfast to Waterford – all for a good cause.

Enda O’ Doherty, a teacher in De La Salle College, has been training for months now for his epic adventure. He wants to raise funds for Pieta House, the charity which helps people who are suicidal or self-harm.

The journey, from Belfast to Waterford, is the equivalent of nine marathons. Enda intends to complete it in eight days in early June, and all with a five-stone NordMende washing machine strapped to his back. His route goes through Kilkenny on the final day, and he’s welcoming anyone who wants to come out and join him for a mile or two to show their support.

He is no stranger to monster fitness events, having completed two Ironmans in the past. But this will be a whole new test of his endurance.

The charity is a cause close to his own heart. The enormous problem of suicide in these counties - Kilkenny and Waterford – is well known.

“One in four people will suffer with mental health problems, ” says Enda.

“So if you’re lucky enough that it’s not you, it might be a family member - a brother, or a father - or a close friend. Pieta House is a fantastic charity, they are looking at a solution to the problem, they are putting in place the mechanism [for help].”

The 47-year-old is encouraging anyone who wants to support him to join him on some of the journey. Enda and whatever entourage may be will be departing from the Ormonde Hotel in Kilkenny City on the final day of his journey to Waterford.

He says he is overwhelmed by the response he has received from people wishing to help out or sponsor him in some way. A mycharity page has also been set up; visit www.mycharity.ie/event/pieta_challenge.

Others who wish to support his efforts can donate via the mycharity page, or find him on Facebook at www.facebook.com/pietachallenge.