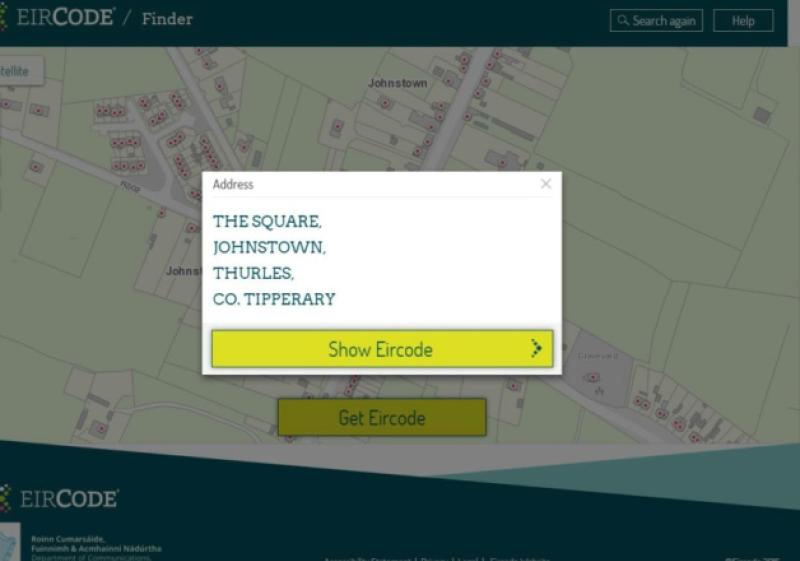 Householders in the south of the county were stunned this week when the new postal address system told them they were in Waterford.

Householders in the south of the county were stunned this week when the new postal address system told them they were in Waterford.

The new Eircode service came on stream on Monday, and it wasn’t long before some people noticed their addresses seem on the wrong side of the county border. Locals in north Kilkenny – Johnstown, Galmoy and Urlingford – were somewhat bemused to find their homes labelled ‘Tipperary’. In the south, areas such as Glenmore, Slieverue, Ferrybank and the much-admired Belview Port have been coded ‘Waterford’. South Kilkenny is already under the microscope of a new boundary committee.

The postal service areas have been in place for a while, but it’s how the new system will be used going forward that is the issue. It may pose interesting questions for things like how data is collected, and how the emergency services will operate.

The Irish Fire and Emergency Services Association has warned that the system could ‘cost lives’, as responders will not be able to learn or predict the locations. There is also a question mark over whether use of the codes will result in a different point of origin for dispatch.

The €27 million scheme was first proposed over a decade ago, and has already come in for some criticism. Eircode does not work with Google Maps or sat nav systems, and a range of companies including FedEx, DHL and UPS have said they will not use Eircode due to its design.