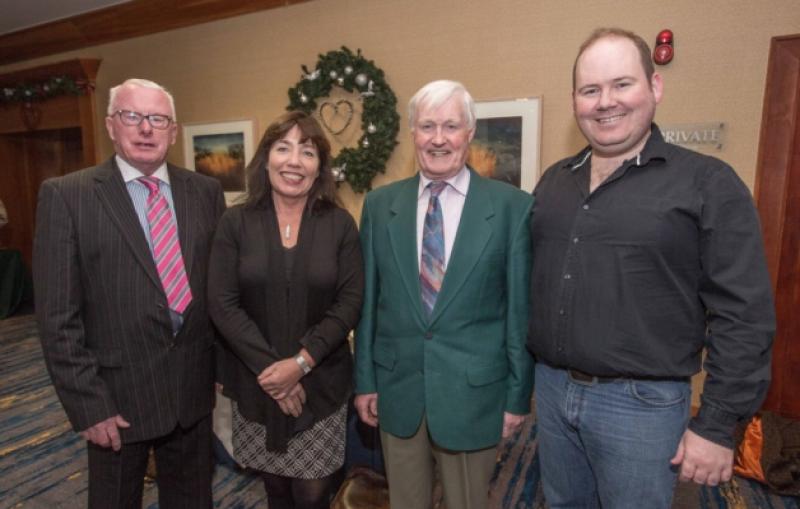 Income fell at St Canice’s Credit Union this year compared to 2013, largely due to a sharp decline in the number of loans to members.

Income fell at St Canice’s Credit Union this year compared to 2013, largely due to a sharp decline in the number of loans to members.

The issue was cause for concern at the organisation’s AGM, which took place recently in the Ormonde Hotel. The Balance Sheet shows an 11% decrease in the members’ loan book, which was largely responsible for the fall in income of 2.6%. Chairman of the finance committee Vincent Kenrick said this ‘worrying trend’ would be the core problem the Credit Union now faces in 2015.

“The Board will be required to address the 11% decrease in loans,” he said.

Reasons offered for the decline include low confidence and sustainable income, while the subject of money lenders was also raised. Apart from the loan issue, the meeting heard that the Credit Union had an otherwise good year and is in excellent shape.

The Balance Sheet reveals total assets of almost €229 million, up from €220 million, while accounts show a healthy surplus for the year ending September 30, 2014 of €6.5 million. The Board proposed a dividend of 1.5% on members savings.

The 11% fall in loans to members was the main cause of concern, and when the floor was opened for discussion, Michael Saunders asked how the problem might be addressed. He said that service may be being undermined by money lenders, which he said were ‘rife in Kilkenny’.

“I feel it is a big issue – why are people not coming to borrow off the Credit Union?” he asked.

Mr Kenrick agreed that the loans situation was a huge concern. He said the situation was calling into question the model of what Credit Unions are about.

“We are probably at the lowest ebb in terms of the ratio that this Credit Union has ever been at,” he said.

“We need to work back towards the original philosophy of Credit Unions – that people make money available for their neighbours to borrow.”

However, he emphasised that there is a large amount of money there to be borrowed by responsible borrowers, and that the Credit Union is in good shape. The Board is now considering initiatives to increase lending, along with new products and a marketing campaign.

The Balance Sheet reveals an 8% increase in investments and deposits. On a further positive note, there was a decrease in bad debts written off and an increase in bad debts recovered. There was a substantial fall in management expenses, while the figure for salaries rose slightly this year to €1.8 million, largely attributable to the growth in staff numbers.

This year marks the 50th anniversary of St Canice’s Credit Union’s founding, having opened its doors in 1964 in the old boys’ club in the Butts. Since then, it has become the largest community-based Credit Union in the country, with almost 44,000 members.

“It wasn’t anticipated that it would be so complex or take so long to install,” he said.

It is anticipated this new system will have long-term benefits for members. In the next few months, the Credit Union is hoping to introduce debit cards and direct debit options as it seeks to cater for a younger generation.

There was further indication as to what the future might hold for the local branch, with many Credit Unions around the country merging at present. Central Bank policy is to reduce the overall number of Credit Unions, and this will likely be a pressing issue in the year ahead.

Mr O’ Reilly confirmed that a small number of Credit Unions have approached St Canice’s, and that there have been ‘preliminary and tentative’ discussions with them, which may or may not lead to more talks.