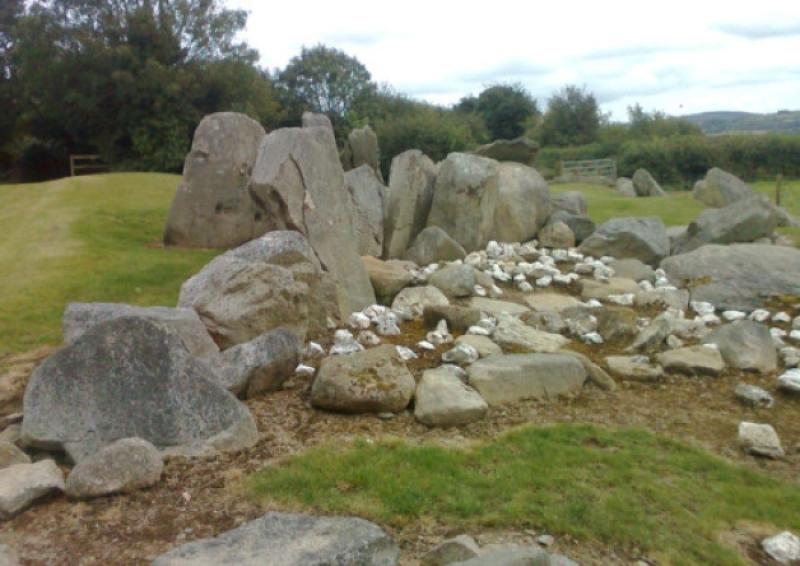 On Sunday, people will have an opportunity to visit one of the most mystical and important archaeological Neolithic sites in the country, situated in south Kilkenny.

On Sunday, people will have an opportunity to visit one of the most mystical and important archaeological Neolithic sites in the country, situated in south Kilkenny.

On the shortest day of the year, the sun enters the burial chamber at Knockroe and is repeated at sunset, when the sunlight enters the chamber of the western tomb.

South Kilkenny Historical Society will be present at the Winter Solstice Sunset at Knockroe Passage Tomb, meeting first at Owning Church at 2.30pm. All are welcome.

It has about 30 decorated stones and, like Newgrange in the Boyne Valley, the face of the cairn flanking the eastern tomb was decorated with a frieze of quartz. Also, like Newgrange, the roof-box in the western tomb allows the rays of the sun to pass along the upward-sloping passage at the Winter Solstice (21st December), when it illuminates a tall red-sandstone portal.

Unlike Newgrange however these rays pass through the roofbox at sunset rather than sunrise. The other aspect of Knockroe that makes it worth investigating is that until its discovery, the prior most southern site of its kind was at Baltinglass Hill in County Wicklow. And the fact that there are two tombs on the one site also marks it out as uncommon.

Most of the archaeological investigations carried out on the site have been conducted by Professor. Muiris O’Suilleabhain, of UCD, who has described Knockroe as being ‘the most prestigious’ in a series of megalithic tombs located near the Lingaun river and scattered on both sides of the Kilkenny-Tipperary border.

He goes on further to write; ‘the megalithic tomb at Knockroe was designed from the beginning to be an impressive monument. For some reason which remains to be explained the design of the structure is very similar to that of Knowth, a famous megalithic tomb in the Boyne Valley, Co Meath. On the other hand it incorporates features that are unique to itself.’

Professor O’Suilleabhain is a regular visitor to Knockroe for the Winter Solstice, to share his knowledge and enthusiasm for the site.

Witnessing the event at Newgrange is restricted to a few, whereas at Knockroe it can be seen by many more.