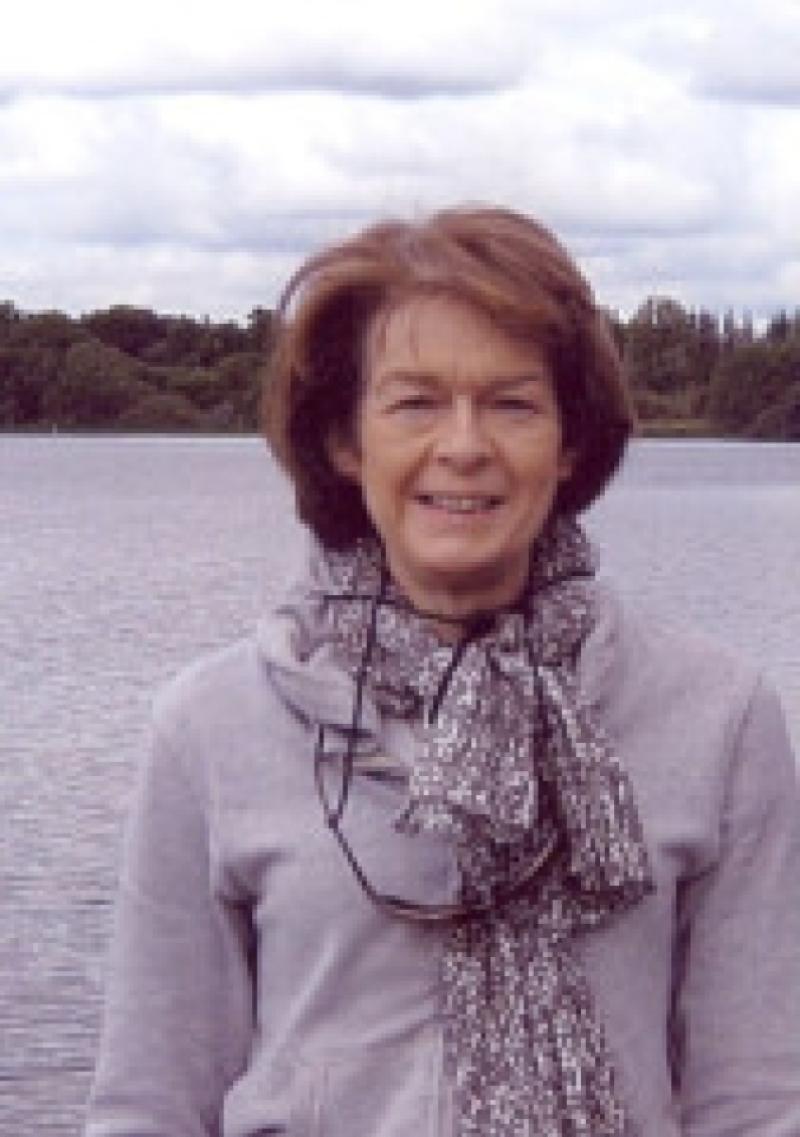 THE death at her home on Wednesday, April 3, of Mrs Hilary Roche, Rathellen House, Leighlinbridge, Carlow, caused a deep sense of loss and regret throughout the area. A solicitor by occupation, the former Hilary McGuinn was wife of well-known solicitor Len Roche. Both Hilary and Len worked in the family solicitors firm of Roche and McGuinn, which has offices at The Parade, Kilkeeny and The Square, Tullow, Co Carlow.

THE death at her home on Wednesday, April 3, of Mrs Hilary Roche, Rathellen House, Leighlinbridge, Carlow, caused a deep sense of loss and regret throughout the area. A solicitor by occupation, the former Hilary McGuinn was wife of well-known solicitor Len Roche. Both Hilary and Len worked in the family solicitors firm of Roche and McGuinn, which has offices at The Parade, Kilkeeny and The Square, Tullow, Co Carlow.

Aged 56, Hilary had been diagnosed with cancer some six months before her passing. She was treated in the Mater Private in Dublin but spent the greater part of her illness at home in Rathellen, where she received wonderful nursing care from the Carlow/Kilkenny Home Care Team.

Hilary enjoyed a very distinguished academic record during her university years at UCD, and subsequently at the Law Society, coming first in her BCL Degree Year and going on to qualify as a solicitor in 1978, being awarded the Findlater Scholarship, the Law Society Silver Medal and the Guinness and Mahon Prize for exceptional proficiency in her Law Society Exams.

Besides her professional involvement in the legal practice, Hilary greatly loved the country life afforded her on the Roche farm at Rathellen. Prior to her recent illness she was a very healthy woman, who walked a lot, and enjoyed the great outdoors while walking the family dogs and was hardly a day sick in her life. Hilary was a very keen gardener where she spent a great deal of her spare time and where she would invariably be found tending her plants, with her faithful dogs, wheelbarrow and radio close by. When illness struck she accepted the diagnosis with great stoicism, adopting a very positive attitude and was helped greatly by her deep faith. Throughout her sickness she never once complained.

Hilary was, above all, a person who treasured family life and greatly enjoyed the family gatherings at Rathellen every weekend. She loved nothing better than cooking and baking and ensuring when family members were returning to college life on Sunday nights that their bags were packed with home cooking for the week ahead.

As a student Hilary loved to spend her summers assisting a local vet on his TB testing rounds. She loved farming life and tried to spend as much time with cousins and friends involved in farming. She had a great love of all animals and had a particular affinity with cattle and loved events such as the annual Tullow Show where she would head immediately to the livestock pens. Looking back on last summer she said one of the highlights for her was an evening spent at Carlow/Kilkenny Holstein Friesian Club and Show held at Brian Roche’s farm, Greenridge, Kilkenny. She got immense satisfaction from carefully judging the heifers and completing her score card, winning the approval of seasoned stock judges at the event. Her death at such a comparatively young age creates a huge void in the lives of her husband, children, parents, sisters, extended family, neighbours and friends.

Hilary’s father, Charlie McGuinn, is a former Adjudant-General of the Irish Defence Forces, holding the rank of Major General. Her mother is the former Ella Dillon, of the well-known Dillon farming family of Newtown, Kilcock.

The Requiem Mass was celebrated on Friday afternoon with Fr Lalor, Monsignor Brendan Byrne and Very Rev Denis Ryan in attendance. The singing at Mass was by Mary Amond-O’Brien’s Aspiro Choir, of which Hilary’s daughter, Caroline, is a member. Again, there was a wonderful selection of music from this talented young choir, including one of Hilary’s favourites, John Rutter’s ‘The Clare Benediction.’ At the end of Mass, husband Len spoke in tribute to his wife and thanked everyone for their kindness and support at such a difficult time. Afterwards Hilary was laid to rest in Leighlinbridge cemetery, with Fr Lalor reciting the final prayers at the graveside. She is survived by her husband, Len, children Mary Kate, Patrick, Hannah and Caroline, her parents Charlie and Ella, sisters Berna and Elaine, mother-in-law Clare, by brothers-in-law, sisters-in-law, nephews, nieces, neighbours, relatives and friends.