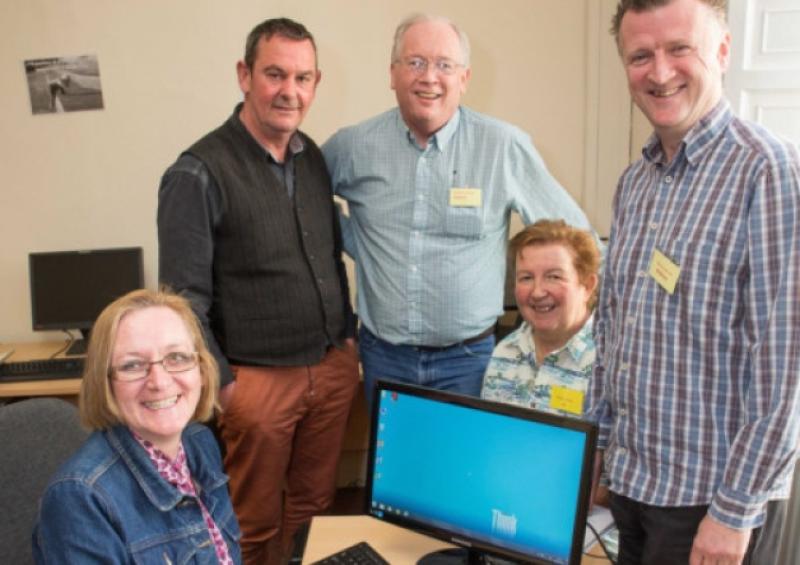 Minister for Social Protection Joan Burton will be in Kilkenny on Friday to officially open the doors of Kilkenny Job Club, previously based on Abbey Street, and now has a new premises on Friary Street.

Minister for Social Protection Joan Burton will be in Kilkenny on Friday to officially open the doors of Kilkenny Job Club, previously based on Abbey Street, and now has a new premises on Friary Street.

The club, which has been instrumental in helping many local people upskill and find work, made the move to the new building earlier this year, where it has more visibility and modern facilities. The centre features 12 new computers, courtesy of a generous sponsorship fund from State Street, and this means the club has been able to expand its offering and reach out to a wider audience.

“We went from three computers to 12,” said Jo Conroy, who was at the centre last Thursday.

“People coming through Jobs Club now have got access to constant online search facilities, which have become very important. Job searching has changed.”

Vera Dowling, a fomer programme participant who is now doing an internship there, says that basic IT education is essential in many modern job requirements.

“It means that people can learn quickly – they come in and are IT illiterate, and they can learn Microsoft Word, Email, online banking, tax returns, even social networking and digital photograph,” she said.

In mid-2011, the prospects for the future of the Job Club did not look good. There were fear’s that the programme would close, but thankfully, the St Canice’s Community Action stepped in, and under the auspices of the Father McGrath Centre, business continued as normal.

What is evident at Job Club is a sense of hope – positivity and confidence for the future. Some of the programmes have returned 50% employment for participants. The networking aspect is critical – it helps people find jobs that might not be advertised elsewhere, even just boost their confidence.

One such man is Kieron Ellis. Kieron was the manager of the local Superquinn before the Musgrave takeover, when he lost his job.

“I was long-term unemployed after working with Superquinn,” he said.

“I was referred here and was in a bad state at the time because of my situation.”

Kieron did a ‘Train the Trainer’ programme and then went on to the NUI Maynooth campus in Kilkenny. Here, he was made aware of vacancies, and now is on an internship specialising in customer care and customer service.

However, as much as anything, he says, it is the social aspect of the club, the routine and getting out of a rut that can be so important.

“People can become alone and isolated when they are unemployed long term,” he said.

“But Jobs Club was tremendous. Once, we were in teams of four and we just broke into laughter, tears rolling down my face.

“It was the first time I had laughed in years, we built friendships and bonds. I could feel myself healing.”

Programmes are three weeks long, and run in both morning and afternoon. Participants must be referred by the Department of Social Protection, but the people in the club can still offer advice about what to do.

“We are encouraging local employers to get involved too,” says Jo.

“At the end of the day it is about local jobs to boost the local economy.”