Taking a walk on the wild side 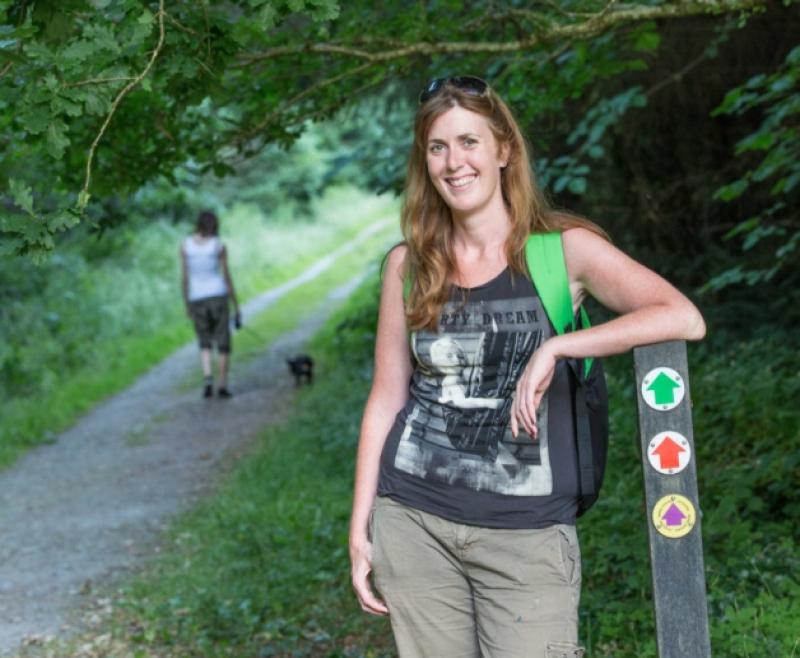 Walking in nature is one of life’s simplest pleasures and as a result of the initiative of Trail Kilkenny finding your way off the beaten track has never been easier.

Walking in nature is one of life’s simplest pleasures and as a result of the initiative of Trail Kilkenny finding your way off the beaten track has never been easier.

Trail Kilkenny is a non-profit company established to develop, promote and maintain leisure trails in the city and county.

There are many to choose from and having already experienced the wondrous walk from Kilkenny to Bennettsbridge I decided to venture further afield and go to Castlemorris Woods. There are a number of walking and cycle trails located around the county that are all clearly waymarked and easy to follow.

Immediately the magic of the place strikes a chord with me as I wander over the stile.

After a short stretch over forest road I enter the grounds of the old Castlemorris House estate which covers some 200 acres. The old house is long gone but some of the outbuildings still remain.

The flora and fauna of the ancient forest is stunning and the walk meanders over forest paths and quiet country lanes. There are three separate routes - the Holly, Pheasant and Fern Loop varying in distance from three kilometres to seven kilometres. The paths are flat and suitable for all levels of walkers.

In the mid-19th century, Castlemorris House was one of the largest houses in Ireland. Built around 1751 in the parish of Aghaviller, the Castlemorris estate was previously known as “Diore Lia” (a grey wood). Formerly home to the Morres and de Montmorency families, the family vault can still be seen in the local churchyard. In 1924 the house was sold to the Land Commission. In the early 1930s it was unroofed and a demolition sale took place. Many parts of the house can be found in houses around the country. The grounds are part of Coillte woods, totalling approximately 2,000 acres.