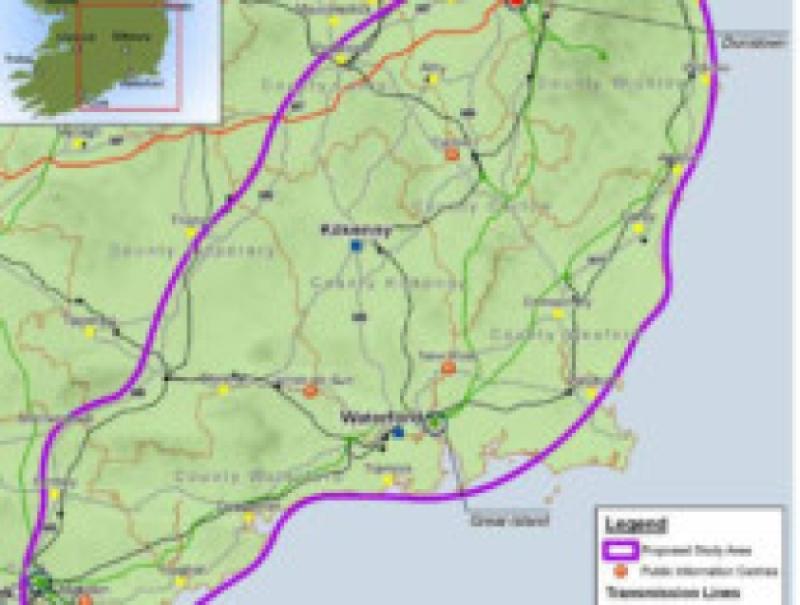 Plans for a 400 kV overhead power line linking Leinster and Munster are progressing, with a series of 1km-wide corridor route options expected to be published in the early autumn.

Plans for a 400 kV overhead power line linking Leinster and Munster are progressing, with a series of 1km-wide corridor route options expected to be published in the early autumn.

A constraints report has been published as the project moves closer to identifying its route, some of which will almost certainly be in Kilkenny. The €500 million development, Grid Link, has been the subject of extended public consultation and briefings in recent months.

As part of the recently-published Consultation No 2, constraints and feedback on how corridors should be developed have emerged. Among them are a number of items referring to Kilkenny:

Comments were made regarding the Passage Tomb in Knockroe, Kilkenny, and how a power line might affect the area visually.

It was also noted that there are a number of high crosses in the Kilkenny county area, with sites in Kilkieran, Killamery and Ahenny (Tipperary). These are managed by the OPW which published a conservation plan for them in August 2012.

It was also advised that the village of Tullahought, with its viewing tower, wildlife reserve and loop walk (which encompasses the Kilmacolier passage tomb situated in the Townsland of Baunfree) provides spectacular views of the unspoilt countryside.

The focus of the next stage will be the publication of a series of 1km-wide corridors identified by the project team. The route options will be available to view during a 12-week period of public consultation,

EirGrid says its intention is that all interested parties will be aware of the Grid Link Project and that the opportunity to participate in Consultation No 3 will be made available across the study area.