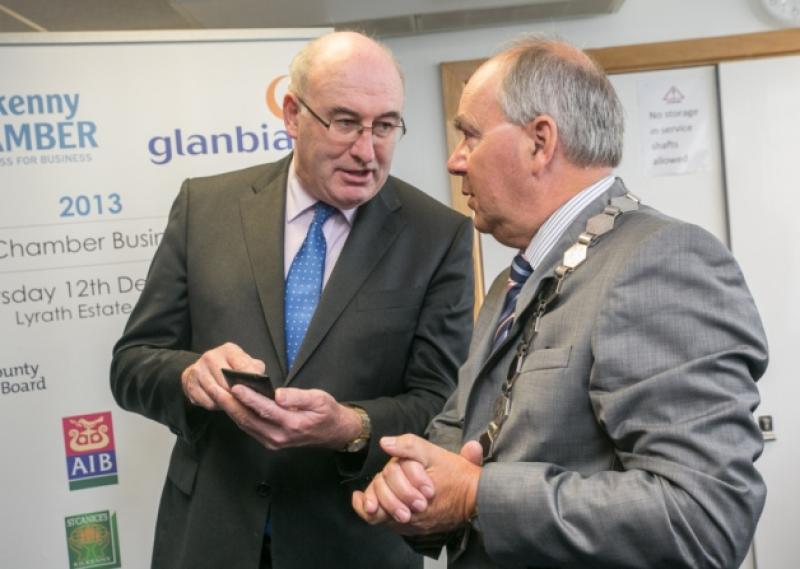 On the eve of an historic public protest against the Central Access Scheme, Minister Phil Hogan spoke out in favour of the €10.7 million project.

On the eve of an historic public protest against the Central Access Scheme, Minister Phil Hogan spoke out in favour of the €10.7 million project.

At a gathering for the Kilkenny Chamber of Commerce open day, the Environment Minister said that the scheme was important to ensure that An Bord Pleanala would not reject future applications for development.

“We do need to have roads and opportunities for people to move freely,” he said.

“But equally we will not get investment into the centre of the city in Kilkenny without greater access through this Central Access Scheme.”

“You have to work from the centre of the city out.”

His comments were endorsed by both the president of Kilkenny Chamber of Commerce Donie Butler, and MPC chairman Cllr Joe Reidy.

Minister Hogan also said he had reviewed the statutory processes of archaeology, heritage and planning for the project, and was satisfied they had been completed properly.

“I believe that the processes put in place in developing this project, the inner relief road, have been gone through in a proper way,” he said.