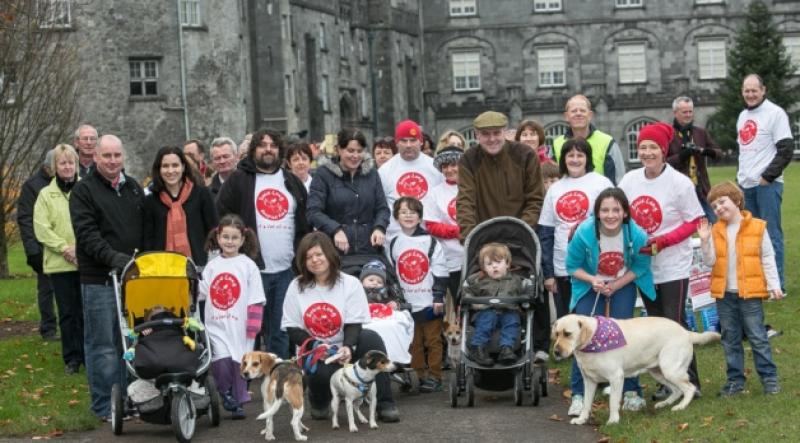 MORE than 100 people turned out in bright winter sunshine for the Susie Long Memorial Walk in Kilkenny on Sunday.

MORE than 100 people turned out in bright winter sunshine for the Susie Long Memorial Walk in Kilkenny on Sunday.

Led by broadcaster Edwina Grace of KCLR, the charity walk honoured the memories of those who have died of cancer and also raised funds for a local hospice.

It marked the sixth anniversary of Susie’s death. Among those who took part were her husband Conor Mac Liam ann many of Susie’s friends.

The 42-year-old mother-of-two, who died of bowel cancer after seven months on a public waiting list, made national headlines after she went on Joe Duffy’s ‘Liveline’ RTÉ radio show to expose the injustice of a two-tier health service.

Addressing participants before the start of the walk, Edwina Grace recalled: “We all remember the day that Susie, using the pseudonym Rosie, went on the ‘Liveline’ show. For me, what I most remember is the day that Sue Nunn made the call and asked Susie if she would come on her show and reveal her true identity.

Susie Long Hospice Fund (SLHF) Chairman Tommy Roche stressed that every euro goes directly to the charity, which has so far raised €642,000 towards a palliative care unit/hospice in Kilkenny. “There is a lot of controversy in the media at the moment about money donated to charities being used to pay executives. All the people in the SLHF are volunteers, they do not get any money and their involvement often actually costs them money,” he said. The amount raised will be announced when all sponsorship cards are returned.