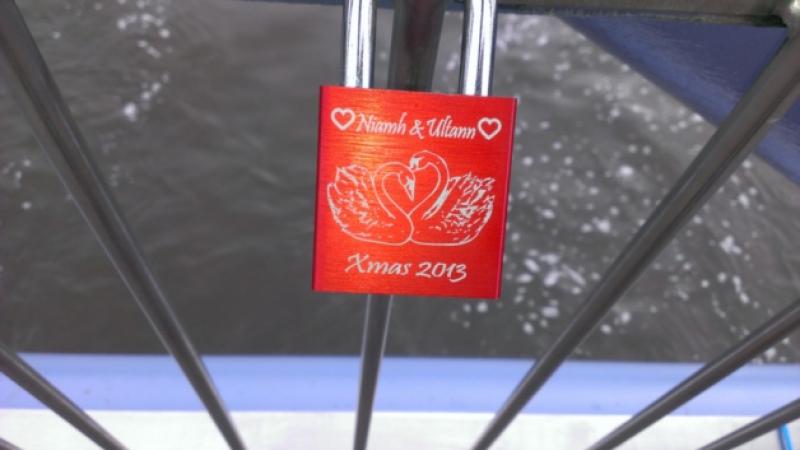 So it begins. Within a day of Kilkenny’s new bridge opening, already ‘lovelocks’ had started to appear along the structure.

So it begins. Within a day of Kilkenny’s new bridge opening, already ‘lovelocks’ had started to appear along the structure.

Lovelocks, for those not in the know, are padlocks inscribed with a name or message and then attached to public infrastructure. Often, lovers will put their initials on the lock and throw away the key to symbolise everlasting love.

The trend started in the early 1990s along Rome’s Ponte Milvio, and spread to other European cities. Now it seems the Lady Desart Bridge has become the latest mecca for sweethearts seeking to immortalise their affections – but they are facing a ‘love lockdown’ by the council.

Over the weekend, all three were removed. But like the mythological Hydra of Lerna, a new lock – with ‘J+J’ written on it – had sprung up by Monday.

Local hardware shops have reported that people have been enquiring about the padlocks.

They may seem harmless, but in some locations they are treated as an act of vandalism. Hundreds of padlocks were removed from the Ha’Penny Bridge in Dublin in 2012, over fears they were damaging the structure, as well as becoming an eyesore.

John Mulholland in Kilkenny County Council said the council was happy to see so much love going around, “but locking padlocks to the new bridge could be an endangered mode of expression”.

It might be best to stick to Hallmark cards this Friday.