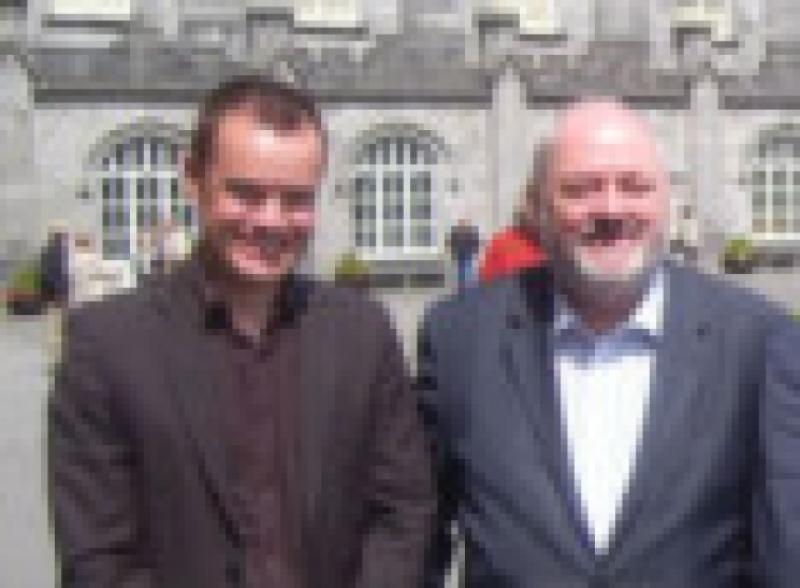 Renowned historian John Bradley has described as ‘speculative’ the conclusion of the latest reports on the buildings of Vicar Street.

Renowned historian John Bradley has described as ‘speculative’ the conclusion of the latest reports on the buildings of Vicar Street.

Mr Bradley, a senior lecturer in NUI Maynooth and a respected authority on Medieval Kilkenny, says the reports published last Thursday contain little new evidence. He remains convinced that one of the buildings is of significant historical value.

“In my view, what we are being asked to believe is that instead of No 22 Vicar street being a ‘bona fide’ Medieval structure, that it is instead some type of 18th/19th Century replica of a Medieval house – one that was somehow fitted out with an original Medieval window and an original Medieval chimney flue,” said Mr Bradley.

“I do not accept this interpretation, nor do other authorities on Medieval buildings. And I remain steadfast in my opinion that this is a Medieval structure, part of one of the last surviving Cathedral manse houses in Ireland, and an archaeological site deserving of preservation as a national monument.”

Mr Bradley’s comments were echoed by local archaeologist Cóilín Ó Drisceoil, who is not satisfied with the methods employed by the council’s consulant archaeologists Valerie J Keeley. The report concluded that the earliest remains found there dated from the late 17th/early 18th Century, but Mr Ó Drisceoil contends that the trenches dug were not extensive enough.

“The consultants say that there is no medieval archaeology on the site,” he said.

“However, in my view, this is directly contradicted by their own interim report obtained through Freedom of Information last month, which records the presence of a 13th-14th Century stone cess pit (toilet) at Vicar Street. Furthermore, none of the trenches opened by the archaeologists exceeded 1.2m in depth and medieval archaeology in the city almost always occurs at a much deeper level.

“There can be little doubt that archaeology dating from this period is buried on the site, but if it is not looked for, then obviously it won’t be found.”

Both Mr Ó Drisceoil and

Mr Bradley have once again called on the local authorities to halt any further work on the proposed Central Access Scheme.