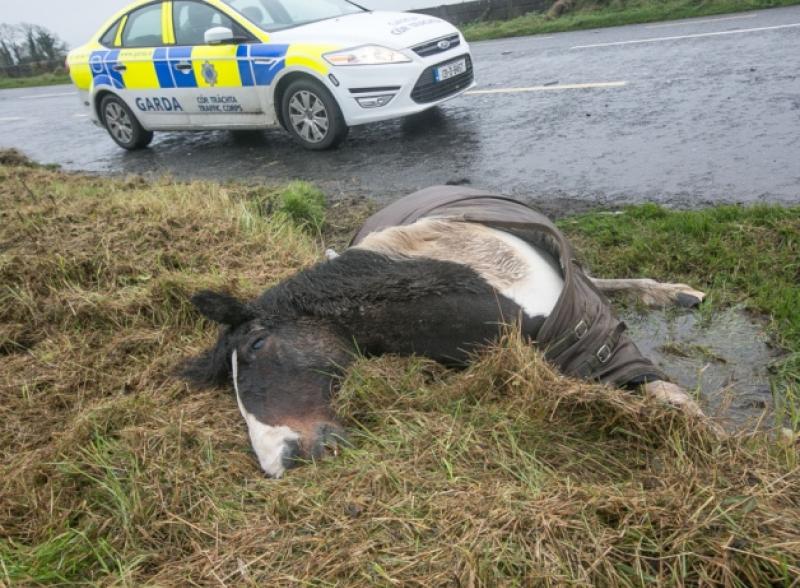 Tens of thousands of readers have viewed a story on last week’s Kilkenny People outlining horrific animal abuse that continues to be prevalent in the city.

Tens of thousands of readers have viewed a story on last week’s Kilkenny People outlining horrific animal abuse that continues to be prevalent in the city.

Mayor Andrew McGuinness has launched an online petition and is calling on the authorities to respond proactively to the huge number of concerned citizens who have witnessed some of these brutal attacks on animals.

The article which reported on a shocking incident of violence inflicted on a horse is one of the most read stories to date this year with people from all walks of life condemning the attack and calling on the gardai and council to enforce legislation and bring the people responsible for such abuse to court.

More shocking video and photographic evidence of cruelty has been seen by the Kilkenny People in recent days relating to a separate incident of violence to a horse.

“Dead and beaten horses are being found by the roadside far too often and those responsible continue to get away with it. It must stop now,” said the Mayor.

“I’m fully aware that there is only so much the gardai and the council can do. I am aware that they are under resourced but this is a horrific crime that happens all too often in Kilkenny. The evidence is contained in the high volume of photos and footage we see uploaded on social media by local citizens. It’s just not good enough and must not be tolerated,” he added.

The Mayor, who launched the online campaign said the he felt that it was ‘the last resort’ and is calling on people to show their support by signing it.

“Communities throughout Kilkenny are in full support of the gardai on this issue but it’s time for results. We want to see an end to this brutality and we want the perpetrators brought to justice.

The Mayor had previously raised concerns on this issue through a number of different fora and organised an emergency meeting with the gardai, Kilkenny County Council and those involved in the horse project in Kilkenny.

“There was no positive conclusion and I feel that this petition is the last resort.

I hope the authorities take this petition as a positive contribution from those who sign it, to show the huge support the gardai and council have from the entire city and county, when it comes to stamping out this issue,” said Cllr McGuinness.

The Mayor said that his office is open to anybody who wishes to come forward with complaints or possible solutions to this issue and added that the space was also available to gardai to hold a public information meeting.

To view the petition go to http://chn.ge/1qlgO4Y