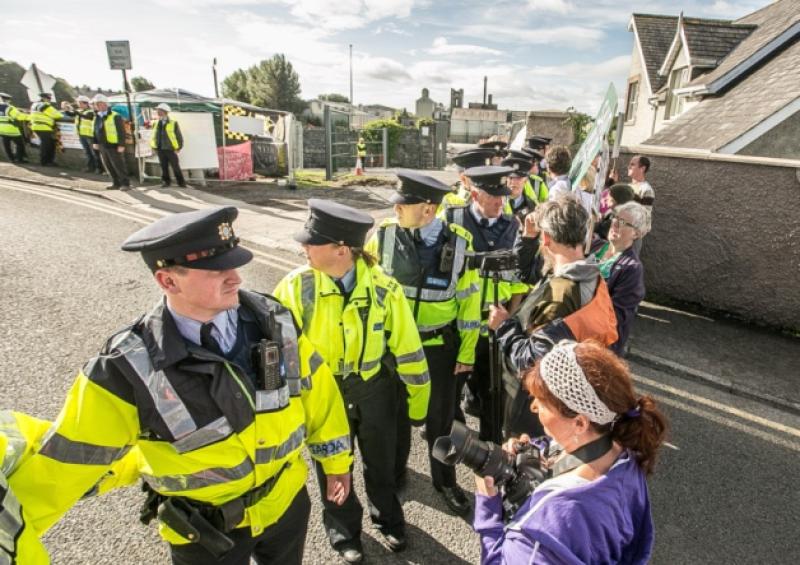 Work on a new bridges over the River Nore, under Greensbridge in Kilkenny city, as part of the Central Access Scheme (CAS), remains suspended.

Work on a new bridges over the River Nore, under Greensbridge in Kilkenny city, as part of the Central Access Scheme (CAS), remains suspended.

Yesterday in the High Court, Kilkenny County Council gave evidence rejecting concerns raised over the future of a rare and minute mussel found in the upper reaches of the river. Following the evidence, Ms Justice Marie Baker deferred any decision on lifting the interim injunction in place and said she would make a decision on whether or not to remove it on Monday. In the meantime, she said, the interim injunction stays in place.

A second, pedestrian bridge, downstream and being constructed under the existing Ossory Bridge is also affected by the injunction over concerns raised about the work there as well.

There has been no comment from Kilkenny Co Council following the hearing in Dublin.

Work on the main bridge has been plagued by controversy and there was a summer long picket at the main entrance to the work site at Green’s Bridge.

In an unrelated matter, a car overturned on the approach to the bridge in the early hours of Wednesday morning, damaging the railing erected by the local authority. A woman was injured and the emergency services were there within minutes. The motorist was not badly hurt and the matter has nothing to do with ongoing protests at the bridge over the CAS.

Work stopped completely last week on the multi-million euro project after it was claimed that the work at the bridges, is causing very severe and possibly irreversible environmental damage.

The order was secured by Christopher O’Keeffe, from the Freshford Road in the city. O’Keeffe claims Kilkenny County Council has breached planning consents while constructing the bridge and at the new footbridge downstream.

The court heard the river is a Special Area of Conservation (SAC) and the only habitat in the world where you will find the hard water pearl mussel.