Funchion wants to be a voice for all those who struggle 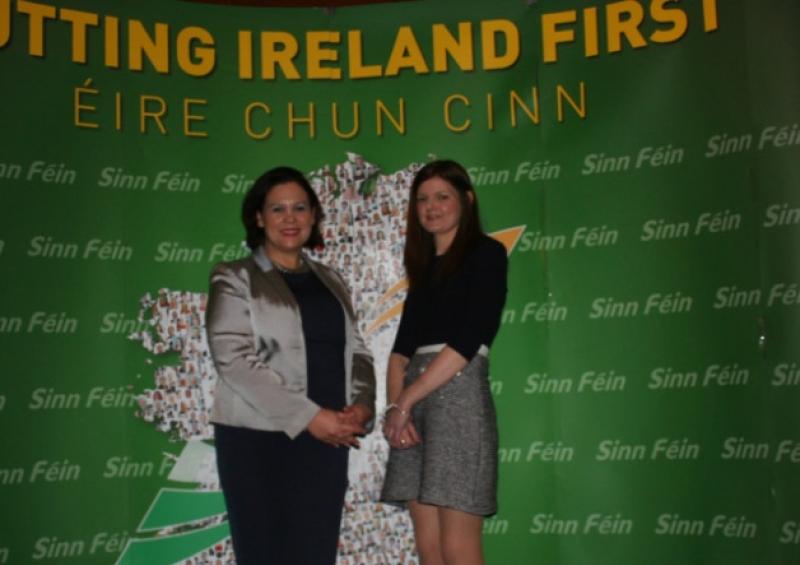 She was the only candidate at the selection convention, which was attended by party members from all over the constituency in the Lord Bagenal Hotel, Leighlinbridge last night.

Cllr Funchion said that she is a voice for all those struggle to make ends meet under the pressure of the burdens forced upon them by the Fine Gael and Labour Party Government. She received strong endorsements at the event from Sinn Fein Deputy Leader Mary Lou McDonald TD and Liadh Ní Riada MEP.

“We need to ask if the people of Carlow and Kilkenny really want to send another Fine Gael TD to sit on the backbenches to rubber-stamp the kind of decisions that have devastated families and communities across this constituency or do they want to send another Fianna Fáil TD to watch on as the government implements their policies,” she asked.

“Rural towns and villages, such as Leighlinbridge and otherw across Carlow and Kilkenny are devastated by the curse of emigration,” she claimed.

“Across Carlow and Kilkenny housing is at crisis point. There have been 22 cases of homelessness in the first two weeks of this year alone in Kilkenny City. And people lying on trolleys at St Luke’s Hospital because of overcrowding. This is not the Ireland that the 1916 leaders envisaged, in Carlow Kilkenny or anywhere else in 2016.

“I will be a voice for people who go out to work every day, rushing around in the morning, trying to get kids out the door while worrying about bills, thinking will I try to pay the gas or electricity this week. I will be a voice for mothers who struggle with the cost of childcare; for families that are burdened by mortgages; for the unemployed who believe that Australia, the USA or Canada are the only options for them,” she said.