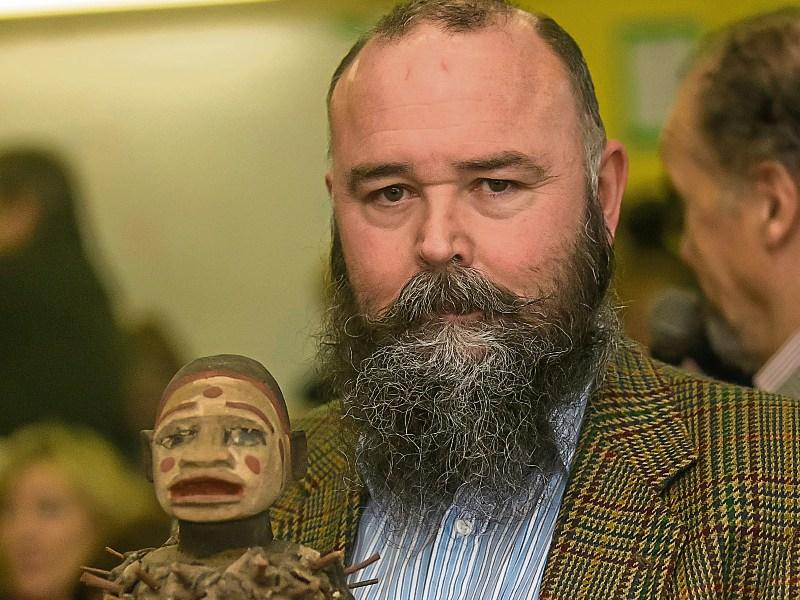 What started as a school fundraiser turned out to be one of the most exciting “Antique Roadshow” style events ever, writes Sean Keane.

A Voodo doll from The Congo (complete with embedded needles) and a US army Purple Heart medal were overshadowed by the appearance of an autograph book with the signatures of the two most important figures in Ireland during the 20th century, Eamon de Valera and Michael Collins, on the one page.

Not to be outdone, another person brought in a letter, written by a Kilkenny man, attached to the US army's press section, to his parents in Kilkenny on the headed notepaper from Adolf Hitler's, private stationary at “The Eagle's Nest”, Obersalzberg in Berchtesgaden - the date is May 12, 1945.

The gems were just some of the fantastic pieces brought in by members of the public to St Joseph’s National School, Clinstown, Jenkinstown as a fundraiser for the school's Literacy Lift Off programme.

The scheme gives children lots of opportunities to read books at their own level of competency and gradually lift the complexity of what they can do in both reading and writing.

Philip Sheppard of leading auctioneers, Sheppard’s Irish Auction House, Durrow has seen it all in the antiques world but even he was stunned by the quality of the pieces brought in, including a Co Clare estate map from 1777, which even had the houses painted on it.

“Here in one painting is the history of an estate covering over 8,000 acres,” Philip Sheppard said.

He would like to see it being purchased by the National Museum such is its importance.

A woman brought in what she thought was a pair of costume made earrings which turned out to be real diamonds worth anywhere between €10,000 and €15,000.

However what Philip took most pleasure from was the atmosphere.

“It was electric, everyone was in great form and it was for a very good cause,” he said.

He picked out MC and auctioneer, George Candler for special praise and said that the Roscommon native had done much to brighten the afternoon.

And a local woman who brought in an old medal from a box that came home from America happened to be a Purple Heart, awarded for gallantry and Bravery during World War II and presented to her later uncle.

“She was absolutely delighted and it was that kind of day,” Philip said.

However, everyone was talking about one item, the autographs of the two men who dominated Irish public life for so long, one in death, the other as Taoiseach and later as President.

The hall was divided, about the nature of their legacy.

Philip Sheppard said the book which also forms part of a diary was a very collectable item but said he was unable to put a price on it without further investigation and examination of the piece.

“The history that’s attached to items can be very intriguing – uncovering the story that’s lurking beneath the surface of an antique is all part of the fun and the appeal,” Philip said.

Peter Ring, chairperson of the Parents’ Association of St Joseph’s National School said he and the rest of the parents were delighted with the turn-out and with the amount of money raised.

He praised parent, Shem Healy who came up with the idea.

He thanked those who donated items of value to the school which Sheppard's will auction off at their next auction.

He thanked Sheppard's and MC George Candler, who gave their services for free and the local businesses for their generosity in donating hampers and vouchers. All these items were raffled and auctioned on the day.