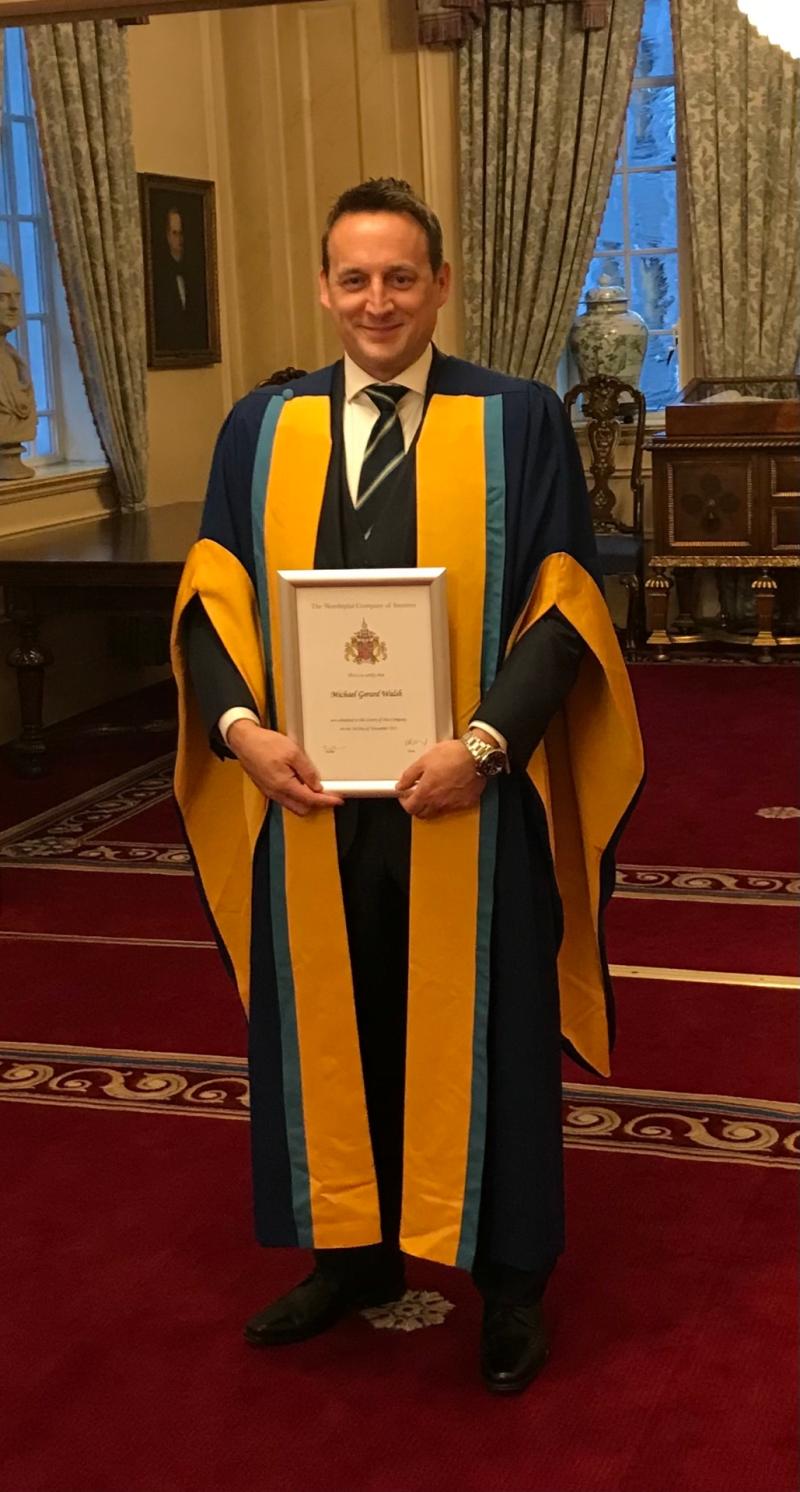 A Kilkenny man has become Freeman of the City of London and awarded a prestigious insurance industry honour in a London ceremony full of ancient pageantry.

Michael Walsh  - originally from Keatingstown, Hugginstown, Kilkenny  - has had an illustrious career in insurance and is Managing Director at Allied World, a global insurance company. This week he has been honoured by The Worshipful Company of Insurers, the City of London’s livery company for the UK Insurance industry.

Mr Walsh was invited to become a Freeman of the City of London in recognition of his work across insurance over many years in addition to his fundraising efforts for a large number of charitable causes.

Allied World trades within the Lloyd’s of London marketplace. Michael Walsh has lived in London since 2003 is a graduate from the Waterford Institute of Technology in Business Studies and is a member of the Chartered Institute of Management Accountants. Michael returns back to Kilkenny regularly to see his parents and maintains strong connections with friends / family across the county.  He is married to Louise and has two daughters Saoirse and Aoife.

The ceremony on Wednesday commenced with Mr Walsh formally accepting the invitation to become a Freeman of the City of London. This was followed by a clothing ceremony at the Saddler’s Hall held by the Worshipful Company of Insurers. The day concluded with a procession through the streets of London to a thanksgiving service held at the Church of St Lawrence Jewry which dates from Medieval times.

"As a Kilkenny man, I am proud and extremely honoured to be made a Freeman of the City of London. I am thrilled to have been part of such a prestigious event which forms part of the city’s rich history," said Mr Walsh.

"My award this week is tribute to all those who came before me and as a proud Kilkenny man it’s a huge privilege.”