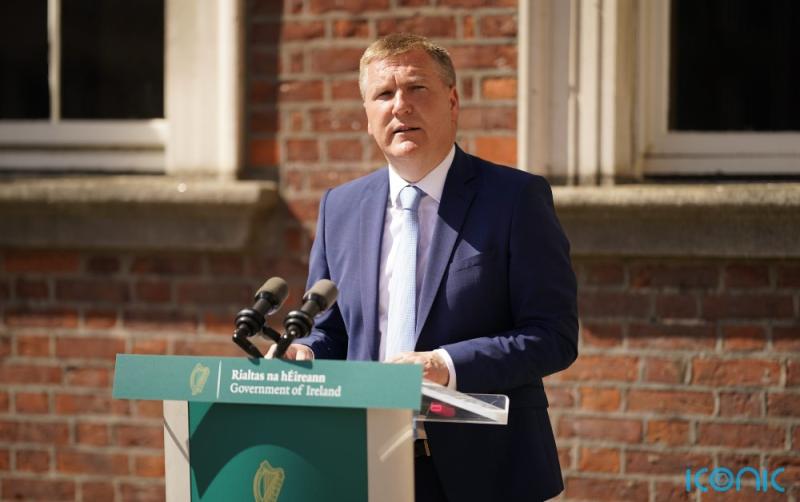 The Minister for Public Expenditure has said the Government needs to be careful to avoid “wages chasing inflation”, warning it will make the current economic climate worse.

Michael McGrath also said any agreement to increase public sector pay needs to be fair to public servants and to taxpayers, saying it will be “difficult to strike a balance”.

Delegates passed a number of motions calling for pay increases on Thursday.

While the head of Forsa, General Secretary of Kevin Callinan, refused to reveal the pay increase the body will be seeking from government, many of its members have called for hikes of around 9% to 10%.

Mr McGrath said there will be “meaningful discussions” over the coming weeks about the public sector pay agreement.

“We do have a current public service pay agreement, which runs to the end of this year and the trade union side have triggered the review of that agreement,” the Fianna Fail minister added.

“I have acknowledged that the current level of inflation is having a real impact on private sector workers, public sector workers and people who are not in employment.

“It is having an impact on people’s living standards.

“We’re all seeing that in terms of the day-to-day costs that are being incurred.

“The union side have triggered a review of the current agreement.

“There have been some very initial discussions at an exploratory stage and those discussions now will move on next week, whereby my officials will be sitting down with me to discuss the possibility of new pay arrangements into the future.

“From my perspective it is important that whatever arrangements are agreed are fair to both public servants, who’ve worked really hard over the last number of years, but also to taxpayers generally, because I do have that dual responsibility.

“We are the employers as a government of about 365,000 public sector workers, but we also have an obligation to ensure that we manage the public finances in an affordable and sustainable way into the future.

“So we need to strike that balance.

“It is going to be a difficult one to strike given the current environment.

“We just need to be careful not to have a situation where we have wages chasing inflation, and we end up driving higher and making the situation worse.”

He said he would not get into “specific figures” ahead of the negotiations due to take place next week.

“As a government we have other levers at our disposal.

“We’ve used some of those to date with the measures we’ve introduced,” he added.

“There will be a further budget in October, I expect further changes to our income tax code, for example, to social welfare, and other initiatives by government to reduce the cost of living.

“It doesn’t solely fall on the pay bill to address the inflationary pressures.

“But undoubtedly, it can and will play a role if we can reach an agreement over the period ahead.”

“Our economy is doing well.

“But we need to manage this period very carefully.

“So in the lead up to the budget, we will be examining all of the options we have programme for government commitments in relation to further income tax reductions, in particular, that entry point to the higher rate of income tax, and there will be social welfare improvements in the budget.

“A focus by government on reducing the cost of living and the day-to-day costs that people are facing.

“I accept that this is a really difficult period for people.

“It is unparalleled in recent history and I think as a government we also just need to be straight with people and honest that there isn’t anything the government can do to can fully offset the impact of the war on Ukraine in terms of the cost that people are facing.”