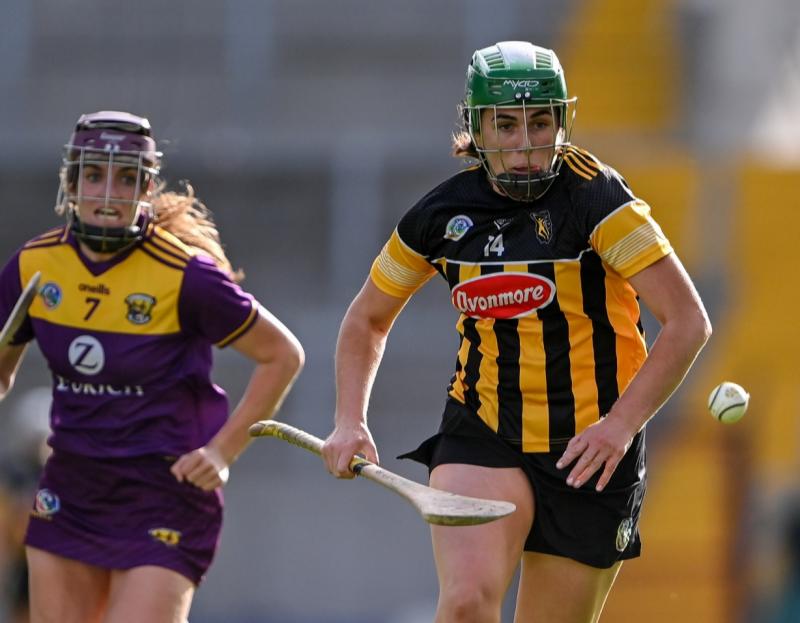 Kilkenny remain unbeaten in the Glen Dimplex All-Ireland Senior Camogie Championship but only after surviving a bit of a scare against Antrim in Dunloy on Saturday afternoon.

The clash between reigning intermediate champions Antrim and the 2020 senior queenpins Kilkenny was a highly entertaining one that started with a bang as Miriam Walsh powered through before goaling in the fourth minute.

Though Róisín McCormick and Caitrin Dobbin pointed for Antrim, they still trailed by seven points mid-way through the opening half. They began to gain more traction around the middle as the game wore on however and a 21st minute goal from Dobbin, who was sent clear by Lucia McNaughton, brought the Saffrons to within touching distance at the interval, just 1-7 to 1-5 in arrears.

Kilkenny doubled that lead in the next ten minutes but when Mary O’Connell was sent off and the margin at just four with 20 minutes remaining, the potential for a shock seemed on the cards.

Points from Denise Gaule, Walsh and Julieanne Malone, who scored three as she continues to impress on her return to the squad after a lengthy absence, gave the Noresiders vital breathing space, however.