Leinster win was a sweet success for captain Reid 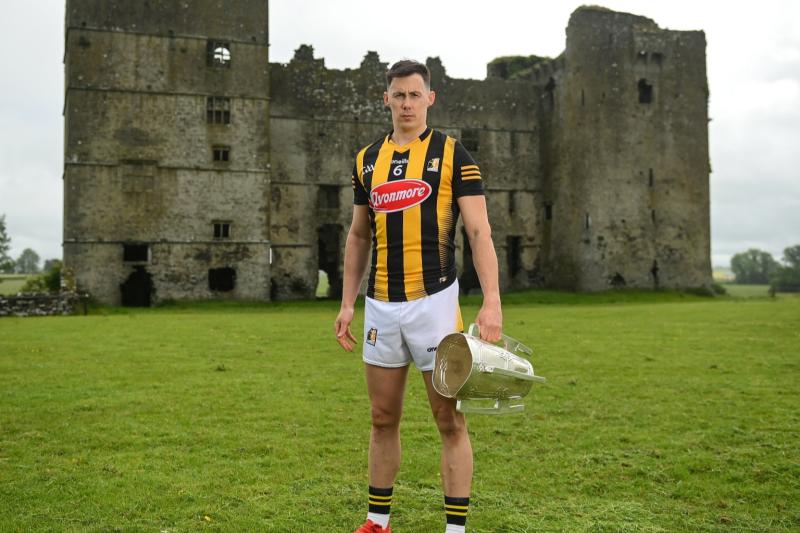 The dust is beginning to settle on Kilkenny’s Leinster Championship victory over Galway but for team captain Richie Reid it was still a great feeling receiving the Bob O’Keeffe Cup.

Speaking at the launch of the All-Ireland Hurling Championship last week, the Ballyhale man admitted it was a special occasion as the Cats won a third Leinster title on the trot.

“Winning the Leinster title was a special occasion and even more so being captain.

“I’ve been on and off the team over the last few months so it was a great feeling to go up the steps and receive the cup.

“Luckily enough our club has won a few Kilkenny titles so we’ve had the privilege of providing the captain to the county team over the last few years and while I was delighted to be nominated, it doesn’t really change that much for me as you still have to go out and perform and put in as much work as the rest of the players.”

Reid also acknowledged the small band of Kilkenny supporters that made themselves heard on Hill 16 during the victory and how it inspired the players on the field.

“The win meant a lot to us after the game and while we expect it as players it was still a good feeling.

“Kilkenny don’t usually get much support at the games but in fairness after the Leinster final, you looked up to Hill 16 and it was great to see all the young lads there and as players it was great for us too.

“It was actually the first time since covid that a proper crowd has been permitted for one of our games in Croke Park and it was great to meet family and friends afterwards too as we’ve missed that the last few years.

“You would have been expecting to see a lot of Galway supporters on the Hill but in fairness to our fans, they brought a lot of colour and we didn’t expect that at all.

“Hopefully we can get even more Kilkenny people out to support us for the semi-final,” the 29-year-old said.

It was another win alongside his brother TJ and Richie knows the work that the ace attacker puts in and it’s no surprise to him that he’s still producing the goods.

“Every day you see the work that TJ puts in and he’s always down practising his free taking in the hurling field.

“He obviously looks after himself so well and he dedicates himself to the game so much and as a result of that he’s able to put in big performances every time he takes to the field.”

Richie picked up a slight foot knock in the Galway victory but everything seems ok now and he’s eager to see the team kick on after earlier defeats in the Leinster Championship.

“Everything is good , the doctors and physios had a look at me after the game and again in training the following Tuesday so everything is ok, thank god.

“ The Leinster final was a hugely physical game but you expect that when you play against Galway and thankfully we were able to stand up to the challenge.

“There wasn’t much motivation from losing to Galway earlier in the championship, it was more a case of looking to bounce back from the Wexford defeat and how we played.

“We wanted to get things right as weren’t really happy with the performance against Wexford and we looked at it and changed a few things and luckily things went our way.

Losing at home is never something that sits well with Kilkenny people and the Wexford defeat in Nowlan Park appears to have been a big driving force in the dressing room with the player group keen to push on.

“We didn’t perform against Wexford and we probably didn’t help the forwards with the ball we were giving them, up to that game we were playing the ball through the lines well and it really worked in the first Galway game and it just didn’t happen for us against Wexford.

“We lost two games in the round-robin and still managed to get into a Leinster final and as we’ve seen in the format previously, the games can go anyway and if Wexford had beaten Westmeath we could have been out of the championship altogether so we were happy to get into the Leinster final and win it and now the focus is getting ready for an All-Ireland semi-final in a couple of weeks.”