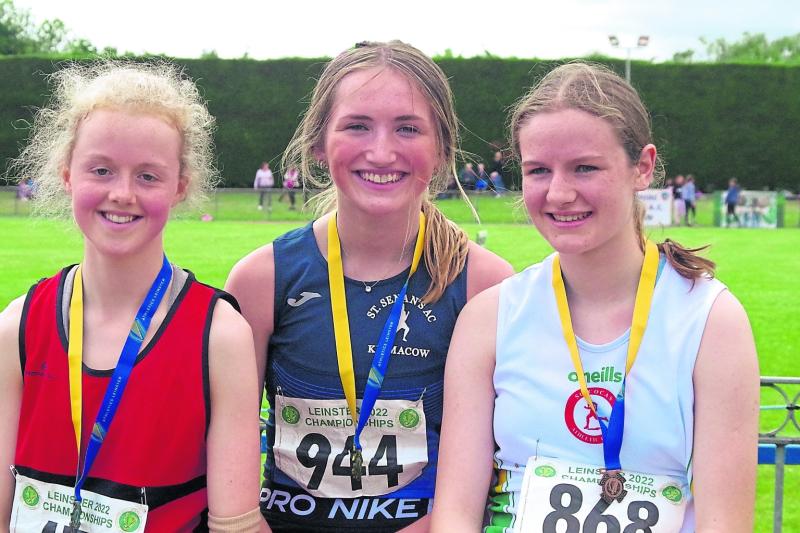 It was another great week of athletics across the globe, with two Kilkenny athletes taking their place in European competition.

David Williams (St Senan’s) and Billy Coogan (Gowran) competed in an under-18 international in Franconville, near Parish.

At home there was excitement for the juveniles as scores of medals came back to the county from the Leinster Juvenile Track and Field Championships while Brian Maher was in record-breaking form once again.

It certainly was an action-packed week, ahead of next week’s National Senior Track and Field Championships and the Tailteann Games.

With the European Under-18 Championships just three weeks away a 21-strong Irish contingent made their way to France last weekend, donning the Irish vest and competing at a high standard.

David Williams (St Senan’s) and Billy Coogan (Gowran) represented their clubs and county very well. Coogan was chasing the steeplechase standard in the 2,000m event. With the standard set at 6.06 Billy had a personal best (PB) of 6.11 coming into the competition. While he did not make the required 6.06 needed for the Europeans, he did gain a PB when he ran 6.10.

Williams, on the other hand, already has the European 1,500m standard, which he achieved at the Belfast International three weeks ago. He raced over the same distance in a bid to lower his PB of 3.56. His times have been consistent over the last two months with constants of 3.56 and 3.57.

While he raced well, he was two-tenths of a second off his PB. With more than two achieving the standard for the 1,500m over the past month he must now anxiously await the selection announcement.

A haul of Leinster golds

With a total of 31 gold medals won by Kilkenny athletes last weekend, it is almost impossible to pick out all the amazing performances that happened over the two-day championship. 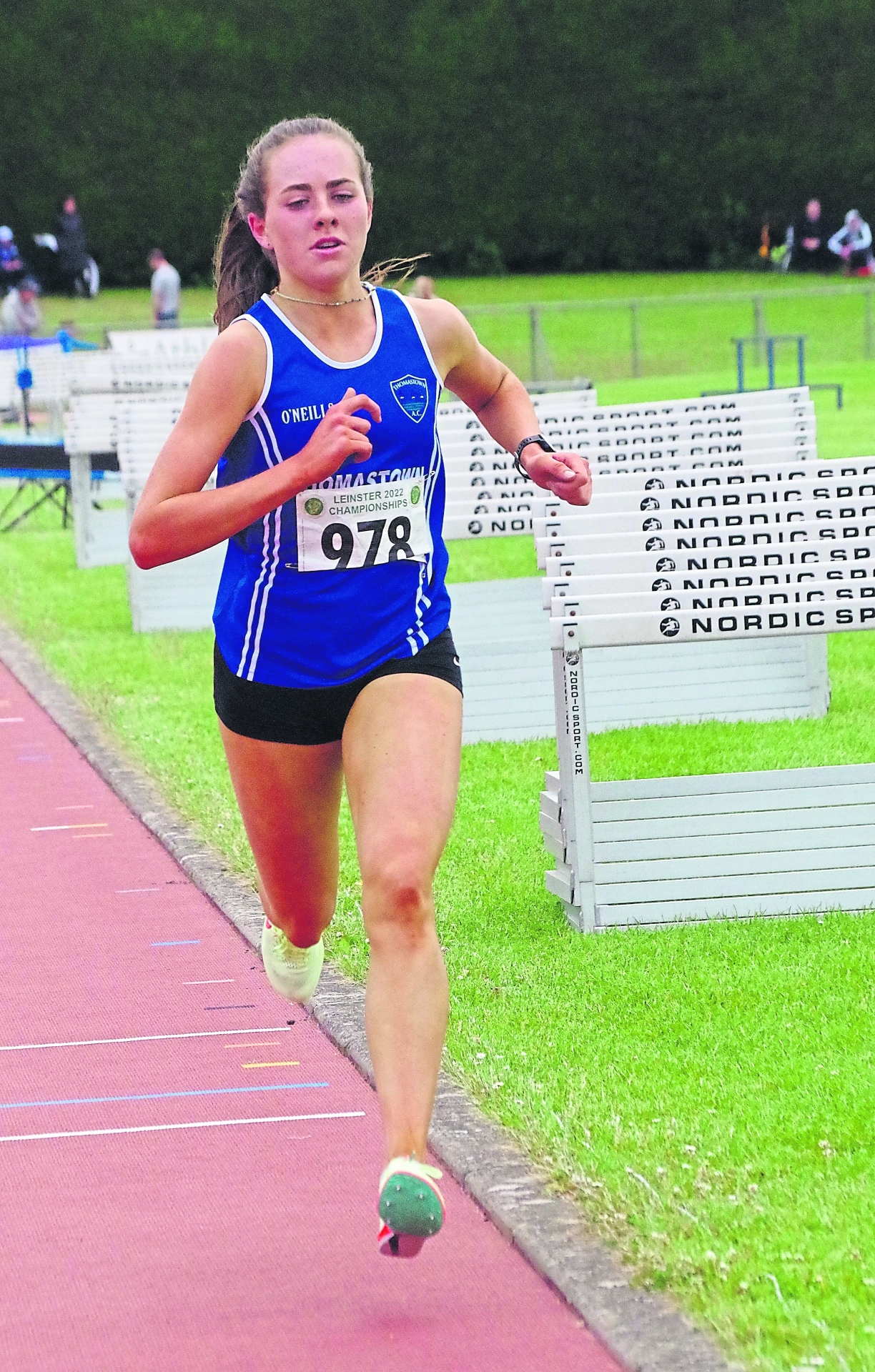 Hannah Kehoe (Thomastown) was the winner of the under-19 3,000m title

There were many notable double gold medal winning performances, with some athletes adding extra medals too. Daire Casey Power (St Senan’s) won the javelin under-15 with a massive PB, then smashed the eight-year old 300m championship best before going on to take bronze in the shot-put.

Molly Daly (KCH) was incredibly impressive as she easily won the under-15 200m before sailing down the track to win the 250m hurdles. Her sister Ellen won the under-13 60m hurdles. Their father Rob and mother Fiona watched on with pride as a third generation of athletes flew the family flag.

Andrew Cooper (Gowran) was one of the many throwers who did very well last weekend. The Gowran man won both shot and hammer at under-17 level.

Brow Rangers, who are well known for their plethora of throwers, produced two gold, a silver and a bronze from just two athletes - Doireann Haughtney and Maeve O’Donovan, who will now head to the All-Irelands in July.

Gearoid Long (St Senan’s) not only won his first ever Leinster individual track medal but won double gold as he landed the under-18 1,500m and 3,000m titles. Another athlete to record a middle-distance double was Hannah Kehoe (Thomastown). In her last ever Leinster juvenile track and field, Kehoe took gold in the under-19 1,500m and 3,000m – both in a new championship best performance. This is an incredible achievement.

Matias Quaglia (KCH) achieved the under-14 80m and 200m double with convincing victories. Alex Cullen (KCH) won the under-17 long jump. He seemed to be heading for a double victory in the high jump as, jumping 1.75m he shared this height with James Bellew (Cushinstown), but lost on countback. There was some consolation when Adam Slawinski (KCH) won the 200m some moments later.

Ailbe Steger (Gowran) won the girls’ under-15 high jump, her signature event, and the triple jump. Keelin Roche (St Senan’s) continued his claim on the high jump and long jump double as he won both the under-18 titles. 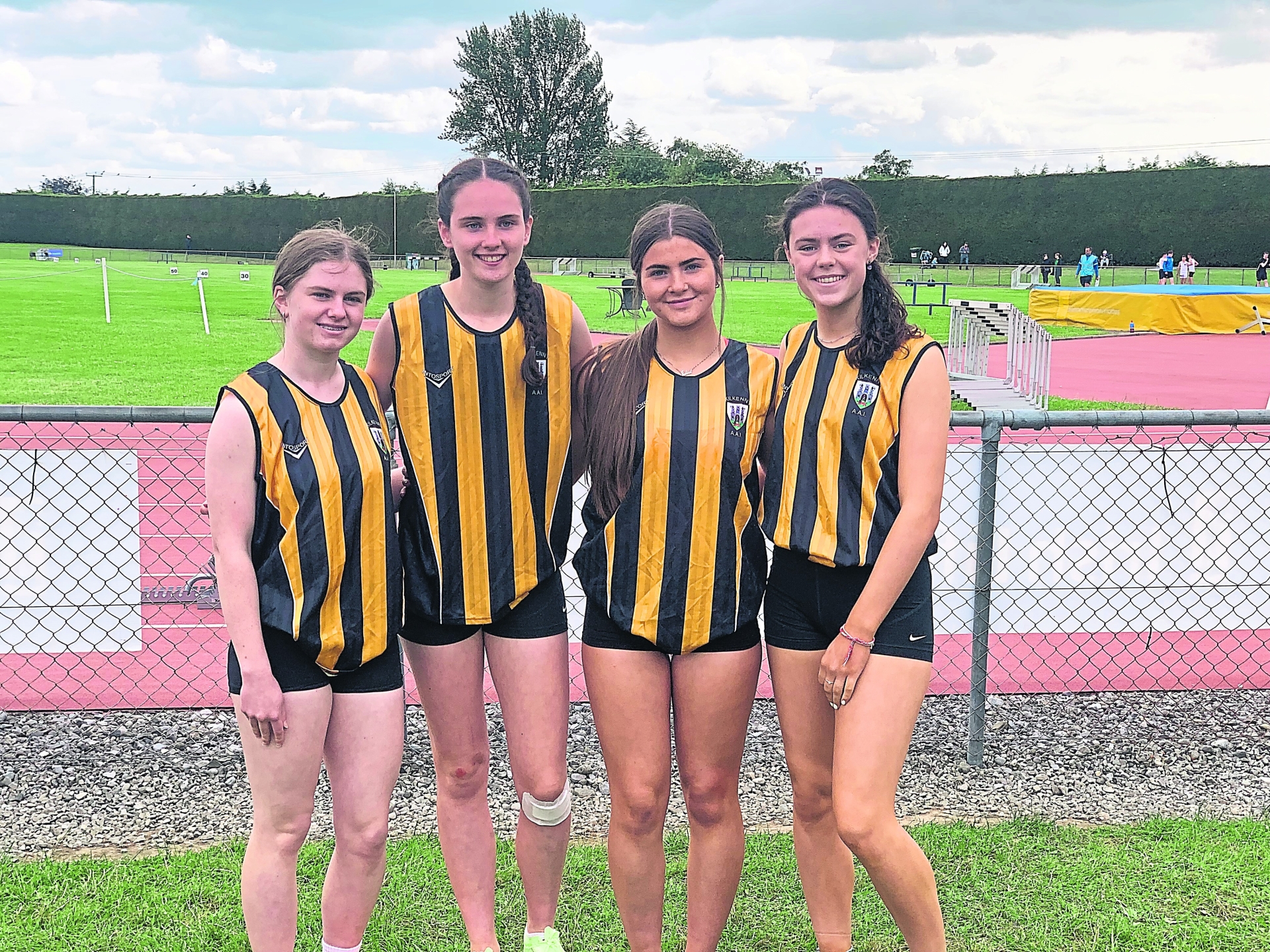 There were so many more notable performances over the weekend. Within each race or field event, there were athletes who did not medal but many of these athletes scored their own victories, in the form of personal bests, personal achievements, and the satisfaction of making perhaps their first ever Leinster Championship event.

These individual victories must not be forgotten as they are the making of future champions. Athletics is about the determined who keep working hard, never giving up and keep their sights on those medals. Some find victory easy. Others work harder and it is often those who work harder have long term rewards.

MAHER DOES IT AGAIN

Back before the world knew the coronavirus, Brian Maher was in record-breaking performance mode, wiping clean just about every long-distance track record for the over 40s.

Now he has done it again.

At the Michael Manning Memorial 10km in Dunshaughlin, Maher finished seventh overall and was the first over 40 in the 10km road race.

Recording a time of 30.05, the KCH athlete lowered his own 10km national road racing record for the over 40s. At 44 years old, Maher is still mixing with elite athletes - and often beating them too.

Thomastown delivered another lovely summer’s night with more great competition for the last championship of the county track and field season - the County Bs, more familiarly known as ‘the Bs’.

The B’s were buzzing, with athletes eager to catch their last chance at a county medal. There were big numbers in most of the races with some excellent performances. It will be no surprise, if some of these young athletes were the star performers next season as the standard was indeed very high.

It is nice to report that all clubs shared in the medal haul. Many of these young athletes will now finish up for the summer and will come back in August and September, ready to embrace the cross-country season.