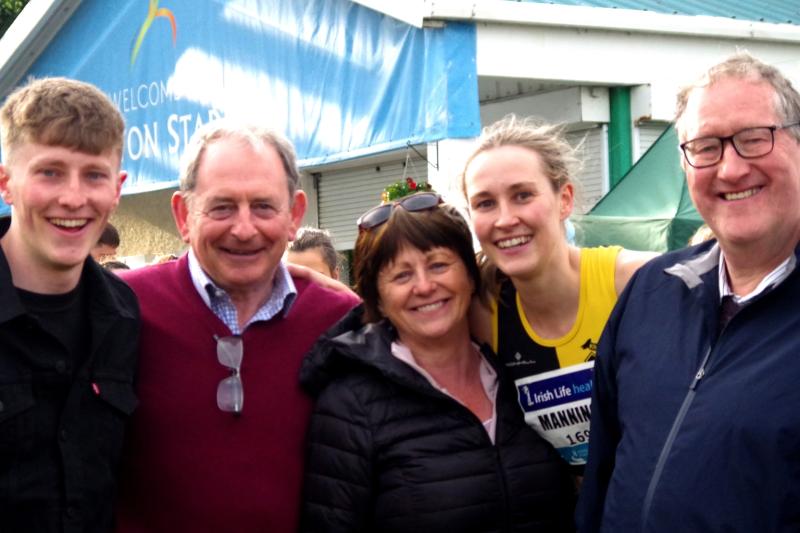 Last Sunday athletics fans were treated to a feast of national championship running as the National Track and Field Championships took place at the Morton Stadium in Santry.

The numbers from the county competing this year were somewhat lower than normal.

While Cliodhna Manning (KCH) took part in the 400m. Her brother Jack also competed over 400m.

Ger Forde (KCH) took part in the 5,000m for men and Lauren Dearmody (Castlecomer) made a welcome return to championship running in the ladies 5,000m after a lay off due to injury.

Bronagh Kearns (St Senans) who had been injured since Christmas, had to give this years 1500m a miss as had Sophie Jackman who was an 800m finalist in the indoors.

There are a number of great athletes coming into the junior ranks, so we should see some great talent from a number of clubs over the coming years.

One of the most exciting races of the day was the ladies 400m.

Phil Healy (Bandon AC) has dominated this event for the last number of years.

The standard in ladies 400m running has increased significantly, with a plethora of athletes all edging towards the sub 51 second mark. Amongst these are Rhasidat Adeleke (Tallaght AC), a student of Houston University, who since early this year, has started to move up to the 400m distance.

A few weeks ago, Adeleke stunned Irish audiences when news filtered home that she had not only surpassed Healy’s leading Irish mark, but also smashed the Irish record in a time of 50.70.

This surpassed the 50.73 record held by Kilkenny’s Joanne Cuddihy since 2007.

As Adeleke had opted to run the 100m, this left Healy as a clear pre-race favourite.

Cliodhna’s performance has improved substantially since she underwent foot surgery two years ago.

A surgery which rectified an injury that caused her to be side-lined from athletics for two years.

Last year she made a huge comeback to finish 2nd in the national championships and book her place on the 4 x 400 relay team for the Olympics.

An unfortunate accident caused her to break her wrist this winter and miss out on several months of weight training and strength and conditioning.

These are two important aspects of any 400m runner’s winter build-up program.

Cliodhna came into these championships hoping to qualify for the final but with little expectation of a medal.

While her opponents Becker and Healy were racing in meets across Europe, Manning was working hard at home, continuing to build up her strength and speed.

As expected, Sophie Becker went off at a blistering pace. This was matched by Healy, who is all too familiar with Becker’s racing style.

While these two athletes were content with racing each other, Cliodhna was working through her own race, gradually eating up ground on the other opponents.

The tall Kilkenny girl, with her trademark long stride, found herself in 3rd position not too far behind Healy and Becker with 100m to go.

Becker, who was slightly behind Healy, powered through the last 50m to win the race. This is her first time to beat Phil Healy, and her first national senior win.

Cliodhna gained more ground up the home straight to finish in 3rd place.

It was magnificent comeback after an unfortunate winter season.

The delighted KCH athlete said afterwards, “I am absolutely thrilled the way the season has turned out.

“ I have another few races coming up where I hope to keep improving.”

It was good to see three large fields in the 5,000m with a field of 22 strong runners in the A race.

The A 5000m race was one of the most exciting races of the day with as much as six athletes in contention for most of the race. Darragh McIlhenny (UCD) was the eventual winner but only just, as he had a hard-fought final lap with Hiko Tonasa (Clonliffe), who looked for a while like he might take victory.

Gold and Silver for Kilkenny in the Tailteann Games

Billy will now be selected on the Irish team for the Schools international to be held in Belfast later this month. 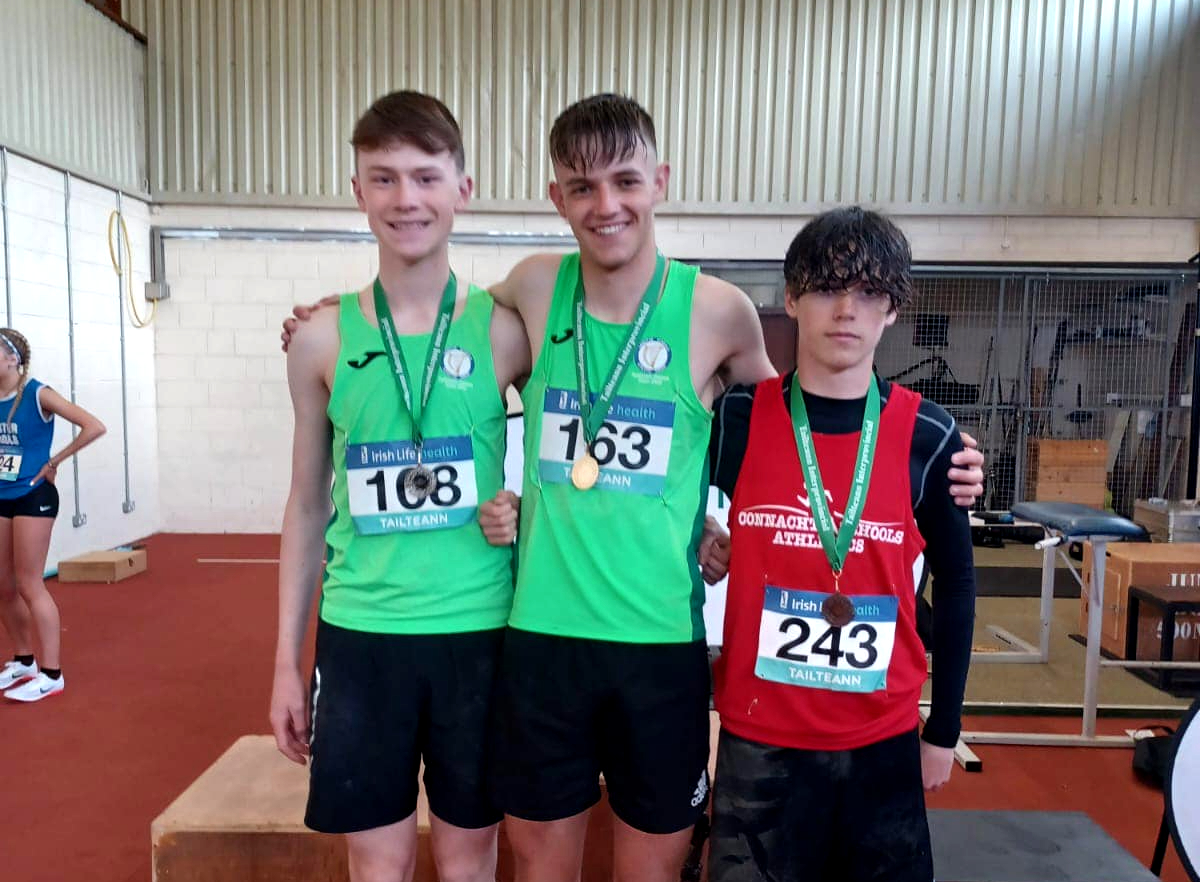 Also joining Billy will be Alex Cullen (KCH) who had a phenomenal performance in the Long Jump to leap to 6.40m, a new personal best and the silver medal position.

This will be the first international vest of Cullen.

4th in the same event was Keelin Roche (St Senans), who was also 4th in the triple jump.

Caoimhe Phelan (St Senans) finished 7th in the 3000m while her clubmates and schoolmates Keelin Duggan was a close 6th in the walk and Eve Dunphy competed over 1500m.

There are an exciting few weeks ahead with scores of athletics fixtures on the calendar.

Then the B-All Irelands, with round 2 of the National League and the AAI Games are also on the calendar.