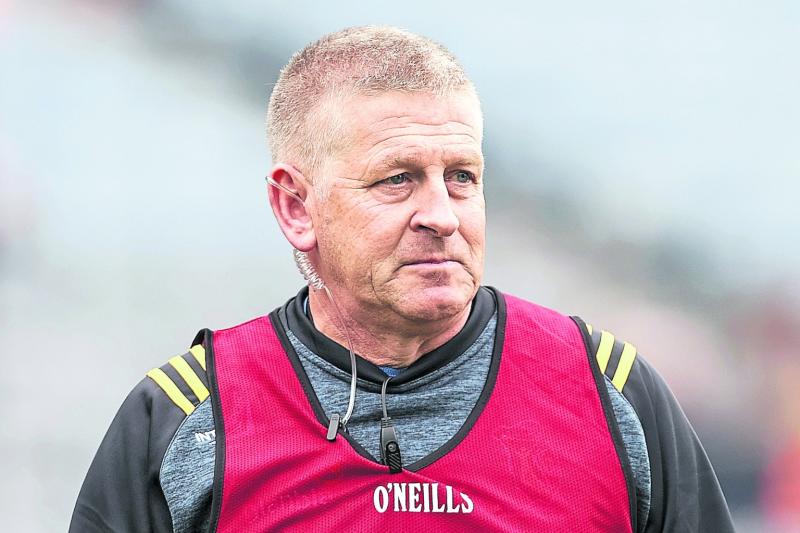 Wexford caused something of a shock when they defeated Kilkenny in the Glen Dimplex Intermediate Camogie Championship at Buffers Alley.

On a wet Saturday evening for Camogie, Wexford with possibly more to play for battled to a six point success.
Kilkenny were strong favourites coming into the game but they never really found their groove and Wexford were thoroughly deserved winners.

Kilkenny will have been disappointed with the way they have performed in the campaign to dat e with the Kildare victory the only time they have hit the heights of the 2021 championship.

Kilkenny had a bright opening to the game and within 20 minutes they had moved into a 1-3 to 0-5 lead and they looked to be in control.

The freetaking of Glynn Bartown star Chloe Cashe kept Wexford in touch as the centre forward knocked over seven points in total and with Jessie Morrissey finding the net just before the break, the hosts led 1-9 to 1-4 at the interval.

Morrissey was very much a thorn in the Kilkenny side and she added a second goal for Wexford in the second half.

Emma Tomkins got a third goal for Wexford but Kilkenny remained in touch when they got a second and third goal of their own.

In the end though, the Cats gave themselves something of a mountain to climb as an on fire Wexford side proved too hot to handle.

The Model County only had one win in four games prior to Saturday’s clash and a win was needed for them to scrape away from the relegation zone.

On the other hand Kilkenny don’t have long to dwell on the defeat as they have another crucial game this weekend that will ultimately determine their fate over the next few weeks.

It’s been a mixed campaign thus far for the second string Kilkenny side as despite defeating Kildare and Derry, they have also gone down to Wexford and Cork.

Those two defeats arrived against second teams aswell and John Scott’s outfit have a job of work on if they are to make it back to a second successive All-Ireland final.

The spate of injuries and absentees from the senior team has also hit the Intermediates with a couple of players making the step up to Brian Dowling’s squad and while that has hindered the second team ‘s chances, ultimately seeing players develop at a higher is still the remit.

Kilkenny will travel to Meath for their final group game on Saturday and as it currently stands they will need to get something if they are to advance.

Derry and Cork sit ahead of the Cats on three wins from four while it’s only score difference that has Kilkenny ahead of Wexford.

Cork will be expected to get the job done against Kildare in Pairc Ui Chaoimh and with Wexford and Derry meeting in the other game, it’s set for a dramatic conclusion to the group with only the top three making the Quarter/Semi-Finals (1st place into semi-finals, 2nd and 3rd into Quarter-Finals.)

Kilkenny will be desperate to at least reach the last four with the All-Ireland Intermediate semi-finals fixed for UPMC Nowlan Park on Saturday, July 23.

Kilkenny and Wexford aren’t fully clear of the relegation battle either with Meath and Kildare still capable of catching the Leinster pair should results go their way so it’s very much still all to play for.