All to play for: Robert Cribbin looks ahead to Saturday’s All-Ireland semi-final clash between Kilkenny and Clare 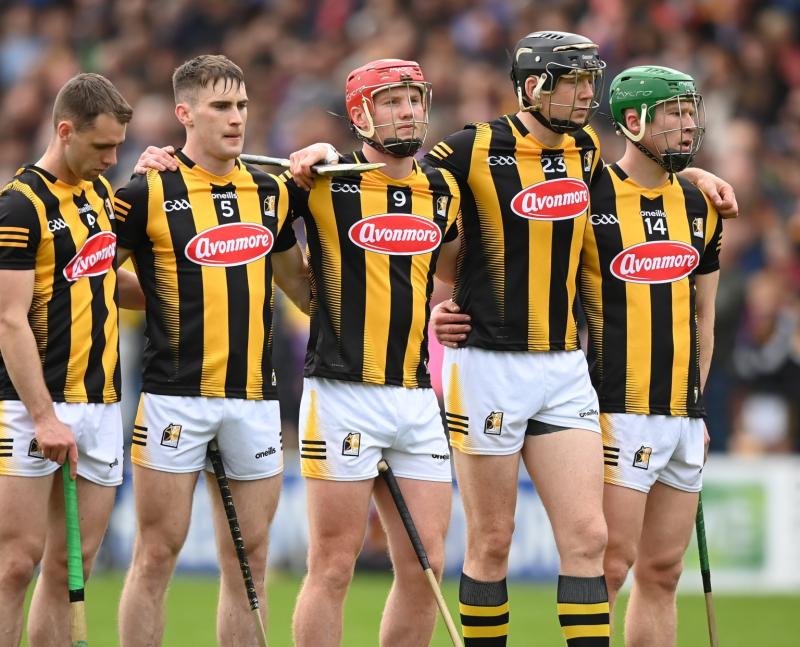 Saturday evening sees Leinster champions Kilkenny collide with Clare at 5.30pn before back to back All-Ireland champions Limerick aim to qualify for a third successive decider when they take on the Henry Shefflin managed Galway at 3.30pm.

Local eyes will be firmly fixed on Saturday night for the rather novel pairing of Kilkenny and Clare.

Remarkably the teams haven’t met in the championship since Kilkenny defeated the Banner County in the 2006 All-Ireland Senior Hurling Championship Semi-Final.

Kilkenny were much the better side on that occasion as they emerged 2-21 to 1-16 winners in a last four victory that set them up for the first of the All-Ireland titles from the four in a row between 2006 and 2009.

In a nice bit of symmetry to this weekend’s game, it proved to be the final outing in the distinguished 13 year playing career of Brian Lohan where he collected three Munster crowns and two All-Ireland titles.

The Wolfe Tones man also won four All-star awards but now all his attention is centred on contributing to Kilkenny’s downfall as the Clare manager.

The 16 year gap between championship meetings is something of an anomaly in modern day hurling and it will be only their seventh meeting in total.

Kilkenny won the first ever clash between the sides in the 1932 All-Ireland Final and they have only lost on one occasion since.

The sole defeat arrived in the 1997 All-Ireland Semi-Final as Ger Loughnane’s charges had four points to spare over Kilkenny and Clare then went on to win their second All-Ireland title in three years when overcoming Tipperary a couple of weeks later.

On the subject of two in three years, the counties met at the same stage in 1999 but this time it was Kilkenny celebrating as they ran out 2-14 to 1-13 winners.

Unlike Clare in 1997 though KIlkenny fell to a youthful Cork team in the final but it wasn’t long before Saturday’s opponents were on opposite sides again.

The 2002 All-Ireland final is probably the most well know battle between the sides as it was a day where both Henry Shefflin and DJ Carey produced big displays with DJ scoring one of the greatest points of all time in front of the hogan stand as the Cats had seven points to spare.

They met again in 2004 with Kilkenny’s All-Ireland Quarter-Final success over the Munster side requiring a replay.

That brings us to the present day and the anticipation of a fourth All-Ireland Semi-Final meeting between the sides .

While history has largely kept the counties apart on the national stage, the recent league meetings between the sides doesn’t make for good reading from a Kilkenny point of view. 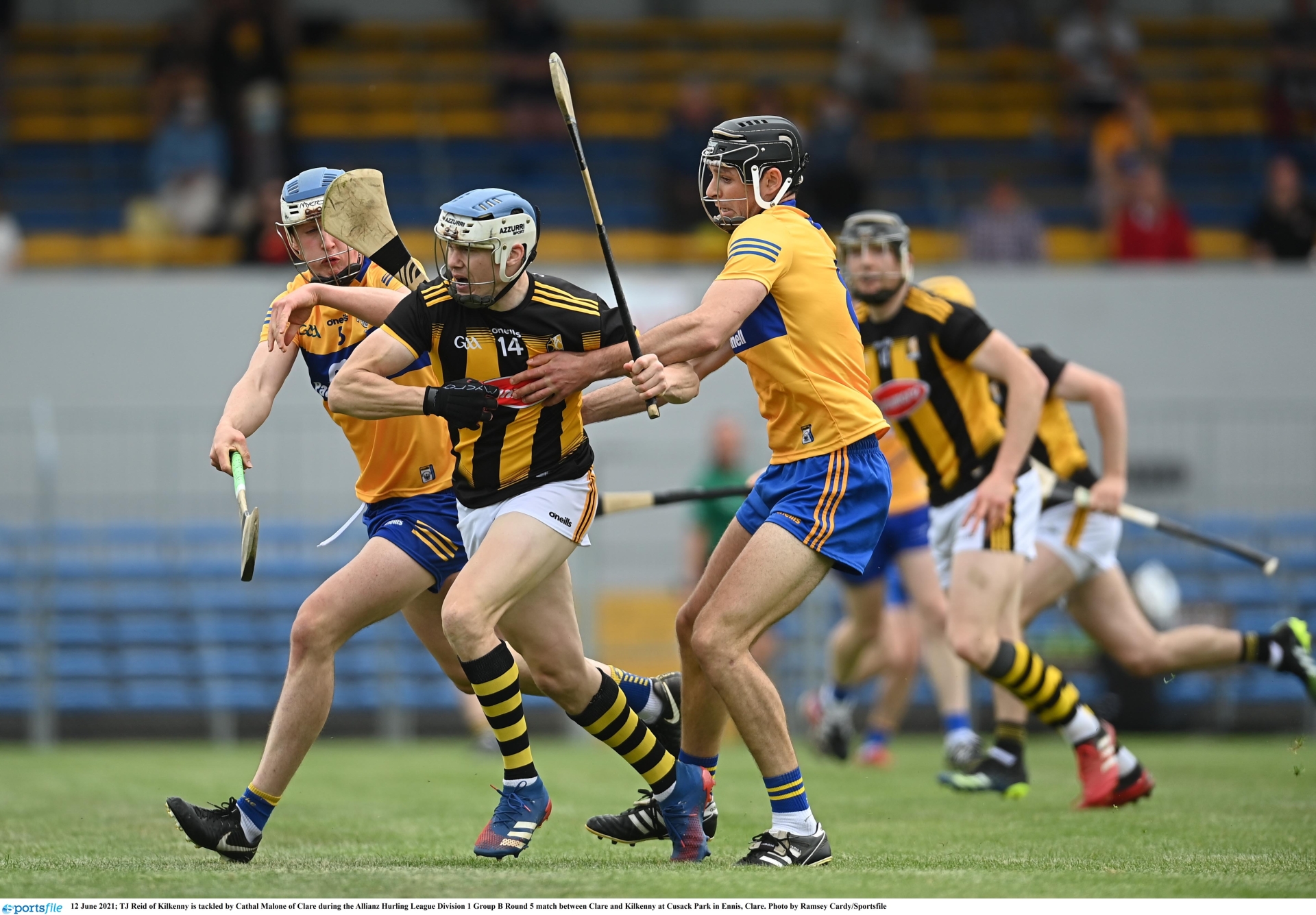 Clare have won five of the last six games in league hurling and while it can be dangerous to limit any sort of predictions on action during the spring months, it’s a good indication on this occcasion as to what lies in store for Kilkenny in Croke Park.

The last rendezvous was in June 2021 when Clare blitzed for four goals in a 4-20 to 1-25 victory in what proved to be the last game in the regulation part of the league.

While that defeat mattered little at the time , it was also a signal of what was to come later in the championship after Kilkenny’s defence was opened up in the All-Ireland semi-final defeat to Waterford

Brian Cody’s charges will see this as a huge opportunity to get back to a first final in three years but they will need to get a lot of things right for that result to transpire.

They are meeting a Clare side who are appearing in Croke Park for the first time since drawing and subsequently losing a replay to Galway in the 2018 All-Ireland semi-final.

Clare were very close to dethroning the then All-Ireland champions and many people feel they are back to that level now if not in a better place.

The Banner came into this season very much under the radar but to their credit they have been absolutley superb in their performances thus far.

Statement victories against Tipperary and Cork arrived before they held Limerick to a draw in Ennis that secured them a place in the Munster Final.

It was in that provincial decider where they arrived on the public’s conscience as they went toe to toe with Limerick and on another day they could have easily won in a game that proved to be an instant classic.

If Clare recapture anything close to that type of form, they will be very difficult opponents.

A lot of neutrals will be on Clare’s side as they look to reach a first final since winning their fourth All-Ireland title in 2013.

In Tony Kelly, Clare have arguably the best hurler in the country but it would be a mistake for Kilkenny to throw all their eggs into curbing the influence of the Ballyea man.

Kelly is playing the main tune but elsewhere they have big players in the likes of Peter Duggan, Shane O’Donnell, John Conlon and Cathal Malone and they will be the biggest threat of Kilkenny’s credentials thus far.

All that will bring it’s own pressure for Clare as failing to get to a final will act as a big disappointment but that will only suit the Kilkenny psyche ahead of 5.30pm on Saturday.

Kilkenny have seen it all before though and after losing out in the last two All-Ireland semi-finals they will be desperate to get over the last four hurdle.

After losing out to Wexford and Galway in the round-robin stages of the Leinster Championship, questions were beginning to be asked of the team but they answered them when claiming their third provincial title on the trot but Galway’s performance on the day didn’t really measure up to what Clare will bring.

The majority of Kilkenny’s scores arrived from placed balls on that occasion as TJ Reid pounced on the Tribesmen’s ill-discipline.

Saturday will be a lot different and they will need more impact from the starting forward line and where Eoin Cody starts will be most interesting after the dual young player of the year failed to score in the last two games.

The likes of Billy Ryan, Cian Kenny, Mossy Keoghan and Richie Leahy will need to step up to the mark to offload the burden on Reid and Cody while the experience of the likes of Walter Walsh, Cillian Buckley, Richie Hogan and Padraig Walsh could also be crucial.

Up top is where Kilkenny will require the most improvement as the defence has been ultra solid with Huw Lawlor, Mikey Butler, Mikey Carey and Paddy Deegan all putting in big displays throughout the six games thus far and Adrian Mullen has been in scoring form from midfield.

It’s a game that could realistically go either way but one that Kilkenny are definitley capable of winning at the same time.