Time to tee off: With the Horizon Irish Open driving off at Mount Juliet this week, Robert Cribbin talks to club professional Chris Blackmore 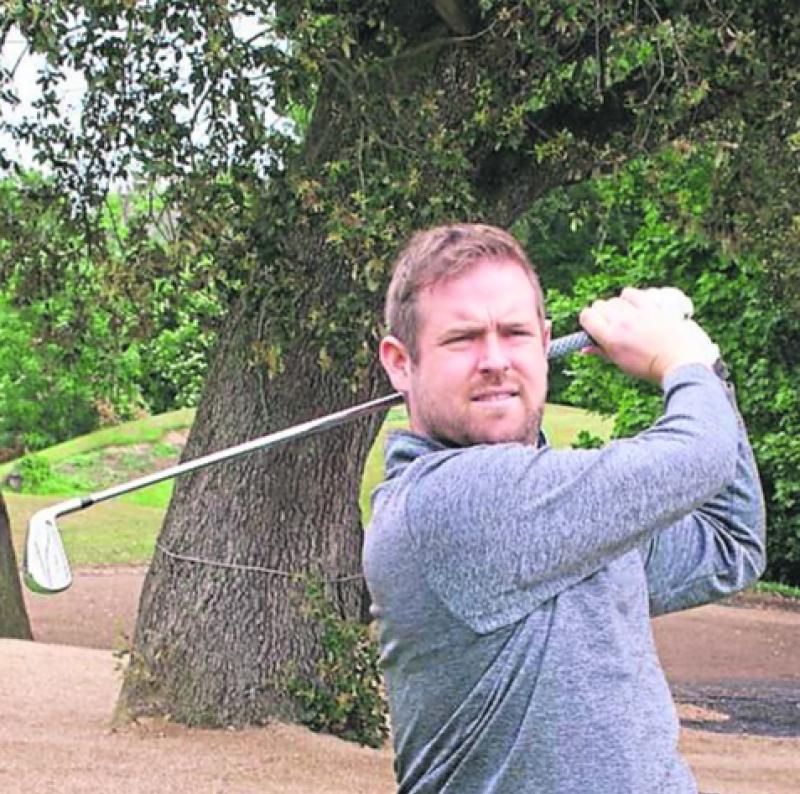 Sitting outside Mount Juliet last week, the place was humming with activity as the Horizon Irish Open comes to town.

Newly appointed Club Pro Chris Blackmore was kind enough to drop by for a chat and he explained how preparations were going ahead of the tournament.

“The finishing touches and finer details have been taken care of and with the practice rounds and professionals arriving we have been just getting everything ready and trying to make sure by planning ahead that everything goes as smoothly as possible”.

Blackmore is only in the new role a mere six weeks and he explains how he is settling in.

“My role in the club is PGA Coach and basically coaching is the main responsibilities that I have in the Academy.

“ I’m new in the role and I only started in May so it’s kind of trial by fire in leading up to the Horizon Irish Open and everything has been geared towards that so it’s exciting times.

“It’s great to be part of the club and it’s great to be here and you have to pinch yourself sometimes when you see the surroundings and it’s been a bit of a whirlwind six weeks so far and we are just counting down the days till it all gets started in earnest.

“It’s been great so far and I’ll get back to coaching after the final day when the place opens up again to members and the general public.

“For the most part it’s been fantastic so far and I’m really lucky to be here.

Hailing from Dundalk, the new Club Pro outlined how the move to Mount Juliet came about.

“I moved to England in 2016 when I turned Professional and I did my training over there at Maxstoke Park Golf Club in Birmingham under Neil McEwan and I was there until I finished my PGA training, he said.

“ I then moved to Malahide in Dublin and I was pretty much there until the end of April this year and obviously you were on and off with the pandemic but it was close to three years and there is some great people there and obviously gained a lot of experience by doing a lot of coaching.

“It’s a huge club with close to 1800 members and while there is a lot of hustle and bustle going on and a lot of golfers it was a great place to get a lot of coaching .

“There was great members there and a newly installed range so it was an exciting time to be there aswell as it was just after they got their practice green so as I said I spent a few years there and went through some further coaching qualifications along the way to upskill myself and just add to what I have learned from the PGA.

“That’s my goal to not remain stagnant as I go along and try to get better by learning new methods and get more experience of coaching.

“I’m always looking to get better and to come to a place like Mount Juliet after a few years in Malahide is a nice step up and I’m looking forward to spending more time with members and golfers in the area.

“I’m looking to get my name out there and hopefully I can help a lot of people on the way”.

Blackmore also went into detail about his role throughout the course of the tournament.

“Our role changes to maintaining the range over the course of the tournament and that includes the retrieving and cleaning of golf balls from the different manufactures and each player will have his own batch of golf balls.

“So basically it’s about collecting, washing, sorting and organising them to be ready for all the players.

“Managing the range and the availability of space on the range is also important as it’s a very busy week and not just on the competition days so we have to make sure we are on the ball.

“We have to make sure we are on top of that and we also have to ensure that the players have everything they require.
“It’s a changing role for us but an exciting one all the same”.

Struggling to hide his excitement about the week ahead , the PGA Coach added how great it was for Kilkenny to be hosting the Irish Open and having local players involved is a nice bonus.

“Kilkenny should be delighted to have something like this on it’s doorstep and it’s great to have an event like this in the locality.

“The crowds could be treble the size of a year ago so it’s very exciting and we are really looking forward to it all starting.

“It’s a shame that Rory McIllroy wasn’t able to make it but I think we’ve definitley made up for it with the likes of Seamus Power involved as the leap he has made through the rankings has been absolutley outstanding.

“To be right up at the top provides a great incentive for people to be here and with him being from Waterford, he is relatively local and it’s great to get him here.

"It’s brilliant to get Mark Power here too and he’s just off a brilliant performance at the British Amateur Championship across the water and he knows the place well.

"I was speaking to him last week and he feels like his game is in good shape so it would be great to see him do well and put on a show for the local fans.