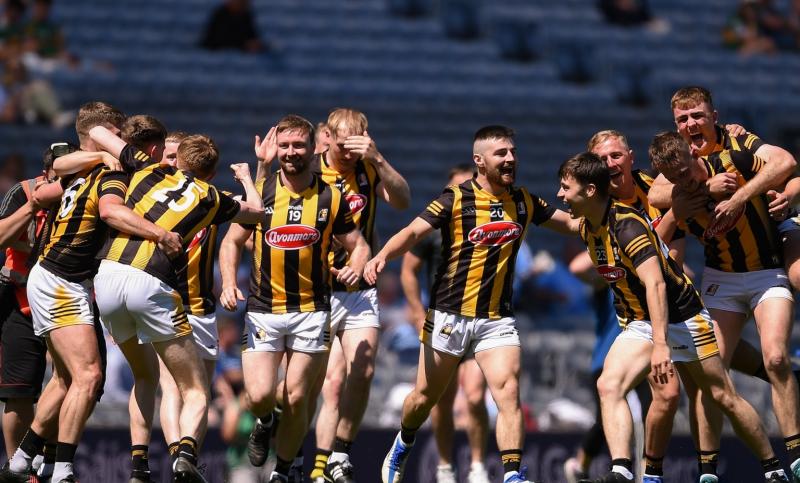 In some ways it was the perfect Sunday afternoon in Croke Park for Christy Walsh as he oversaw both his native and adopted counties claim big victories.

Hailing from Kerry, Walsh will have been delighted to see his side overcome Dublin in a thrilling All-Ireland Senior Football Championship semi-final but more importantly he managed Kilkenny to a very rare championship win at GAA Headquarters.

The Cats made their own unique bit of history as a second win in three days crowned them All-Ireland Junior champions and the Kilkenny boss was delighted for the players as well as his management team of JJ Grace, Ian Duggan and Paddy McConigley.

“It’s brilliant and I’m delighted for myself and my management and of course all the players.

“ While we won, we could have played better as I didn’t think we were as good as in the semi-final and that game on Friday night took a lot of our players and we were struggling on what was a really warm day.

“We’d a much harder battle on Friday night than New York had and that stuck to them but it’s still great to win”.

In a nationwide sense, Kilkenny’s victory won’t be pulling up many trees and the fact it received minimal coverage on the Sunday Game despite being streamed on the GAAGO service is evidence of that.

For Kilkenny though, it’s a big deal as the Footballers rarely get their day in the sun and getting the honour to play in Croke Park is a massive deal to all of them.

Walsh also felt that his side were still feeling the effects of playing twice in three days.

“There’s no doubt that Friday night took a lot out of us and our big players weren’t as prominent but they still played their part and you couldn’t argue with their commitment, heart, desire and workrate as they just kept going.

“We made a few mistakes but playing in Croke Park played into that.

“It was a big occasion for the players and the longer the game went on, the bigger the crowd got but the players settled in to it well and while they took the wrong option at times, you couldn’t argue with their heart and commitment.

“Whether it’s playing in an All-Ireland final in front of 80,000 or whether there is only 8,000 there, when you come to a place like Croke Park you expose yourself and any flaws or limitations on the field or on the sideline , they can be exposed”.

Mullinavat’s Mick Malone failed to get on the scoresheet but he will still always be remembered for lifting Kilkenny silverware in Croke Park and he came in for great praise from his manager.

“Bar Covid I’ve been involved with this team for the last eight years and Mick Malone has been our best player all through that time.

“He has been dynamic on the field and a great man in the dressing room and he’s a great captain all told”.