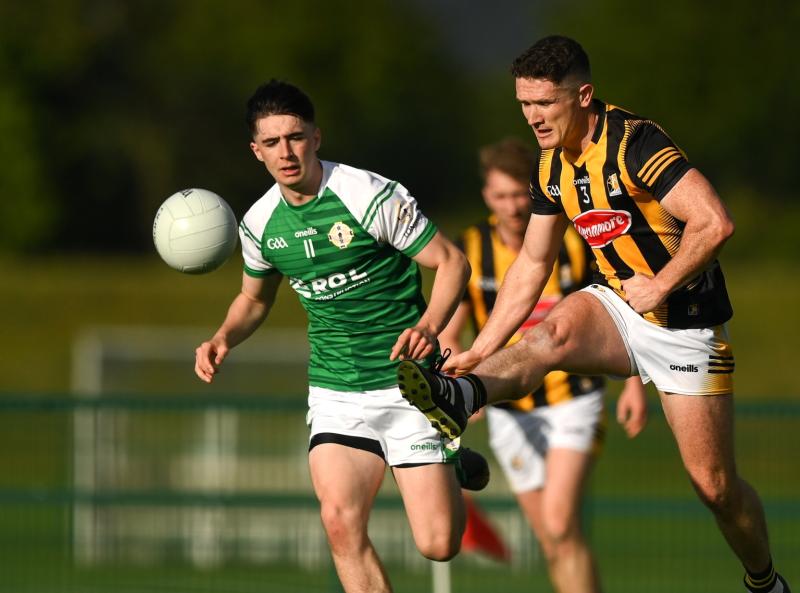 It may be a quiz question in the years to come as to what Kilkenny player won All-Ireland Senior Hurling championship medals as well as an All-Ireland Junior Football Championship title and the answer will of course be Paul Murphy.

The Danesfort star manned the square at full back during the Cats victory at the weekend and he was just delighted to be involved.

“It’s brilliant and I was saying to the lads in the run up to it that I didn’t think I’d get another run out at Croke Park.

“People were saying to me ah sure you’ve had big days out and you’ve played in All-Ireland hurling finals but this is really special here today and it’s not about how many people are in the stands, it’s about making a journey with a great group of players.

Murphy acknowledged that it was hard to get everyone together with the players tied to club hurling but it worked out in the end.

“The lads are realistic and the management team know the story, pretty much everyone is hurling with their clubs three nights a week or playing in Byrne Cup matches and they know that all these pressures are on us aswell.

“The buy back from the players was based on what we were doing in training and lads were committing 100% to it.

“The lads really bought into it and the training has been really enjoyable and even this weekend we were in Abbotstown on Friday night before recovery on Saturday and then Croke Park and sure that’s a brilliant few days”.

The four time All-star hurler touched on his individual display but also stated it was all about the team.

“I was happy with our second half display and one of the standouts from the London game was that when we were ahead by five or six points, we should have managed the game a bit better.

“That can feed through a team too and even when one or two balls popped through in the second half I just tried to get on them and make a simple pass and look I coughed up balls once or twice aswell but you just move on.

“It really was a great team performance coming down the straight”.