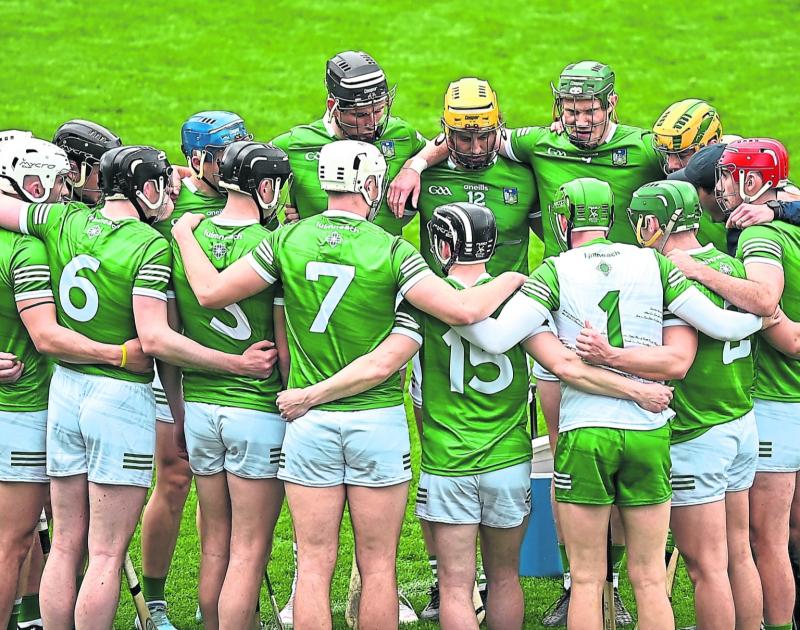 Limerick are looking to win the All-Ireland for the third year in a row. The last team to comple that MacCarthy Cup treble? Kilkenny! Picture: Stephen McCarthy/Sportsfile

Limerick may be the team blazing a trail through hurling’s plains at present, but Kilkenny supporters may see more than a few familiarities when they cast a glance in the Shannonsiders’ direction.

Pace? Check. Power? That’s a given. Strength? Present. The ability to dig to new levels to grind out a win? That’s there too.

Such qualities have led John Kiely’s side to new heights in recent years - Sunday’s final will be their fourth appearance on the biggest day in the hurling calendar in the last five seasons - but they are following a path of dominance first carved out by the all-conquering Cats.

The difference between the teams is that while the Kilkenny of the golden era simply blew teams away with their speed and strength, Limerick have taken the game to a tactical level which has to be applauded.

For anyone who has watched American football over the years, the manner in which players follow passing routes and attacking plays will strike a chord with how Limerick have dismantled the teams who crossed their path.

Building from back, they have been able to string moves together with harmony. Such is their confidence and fluidity, players rarely have to look up as they release the sliotar as they know that a team-mate will be in the right place at the right time to gather possession and help bring a move to fruition.

That said, they are a hardy side who can back it up when necessary.

Consider the epic Munster final tussle with Clare, a game where it seemed that the first side to blink would lose. In the end, Limerick sealed a fourth successive provincial crown, but it was the manner of their victory which impressed the most.

Time and again Clare went at Limerick, who needed the cool heads of Aaron Gillane and Seamus Flanagan to keep things steady. They had to show composure again to bounce back from seeing Tony Kelly cancel out what seemed to be a match-winning score from Declan Hannon in stoppage time, but the faith they had in their ability to turn the game their way saw them power home in extra-time.

Success has bred confidence in that Limerick side and that has resulted in some major honours over the years - the current crop has yielded those four Munster crowns, as well as three All-Irelands and two League titles too.

However, they were pushed all the way in a game which was level 14 times, with scarcely more than a puck of the ball between them for most of the contest.

That’s a sign there’s still hunger in the ranks; their appetite hasn’t been satisfied yet. That shows plenty of similarities with the way a ravenous Kilkenny hunted for titles in the past, showing no mercy in their pursuit for glory.

Another key component of Limerick’s victory in the Munster final, something which was echoed in their semi-final win over Henry Shefflin’s Galway, was how they knew they could go to the bench to mix things up.

Playing a high-octane game requires plenty of legs and John Kiely’s side is honed to such a degree that the players coming in from the line can seamlessly pick up the pace and make sure the team’s engine continues to run without skipping a beat.

The similarities are there when you look at Kiely’s team and Cody’s men in black and amber - both have plenty of pace and neither manager is afraid to spring players from the bench to turn the game their way.

Case in point: Limerick were able to bring Cian Lynch, last year’s Man of the Match in the All-Ireland final, into the fray at a vital stage to stem the Galway tide. An impressive alteration, no doubt.

And Kilkenny? They had used the League and the Leinster round robin series to blood players and give them valuable game time. That has only served to whet the appetite of the squad, who are competitive as ever for a place in the starting 15 for Sunday.

Similarly, both managers have been in the positions to create hurling dynasties.

Naturally, appearing in their fourth final in five years means Limerick have been the team to beat in recent seasons, and they stand on the brink of making a little Treaty history. Victory in Sunday’s final would see them annex three titles in a row - the first to do that since?

The Cats were the last team to complete that feat back in 2008, and then went one better for good measure, completing the four in a row in 2009.

Limerick have already proven that they are an impressive side (as the old sporting adage goes, good teams win a championship, great teams win two) but Sunday’s game could see them add another glittering chapter to their sporting history.

The Cats will have to be on their guard but a side which has been injected with plenty of pace and youth will have no fear for what lies ahead. They won’t reflect on past glories either - these players have a hunger to garner their own glory and securing a third Leinster title in a row will be seen as a nice appetiser.

It’s all set up for what could be a Croker classic. Let the battle commence!