Malone is relishing a Croker crack at champions 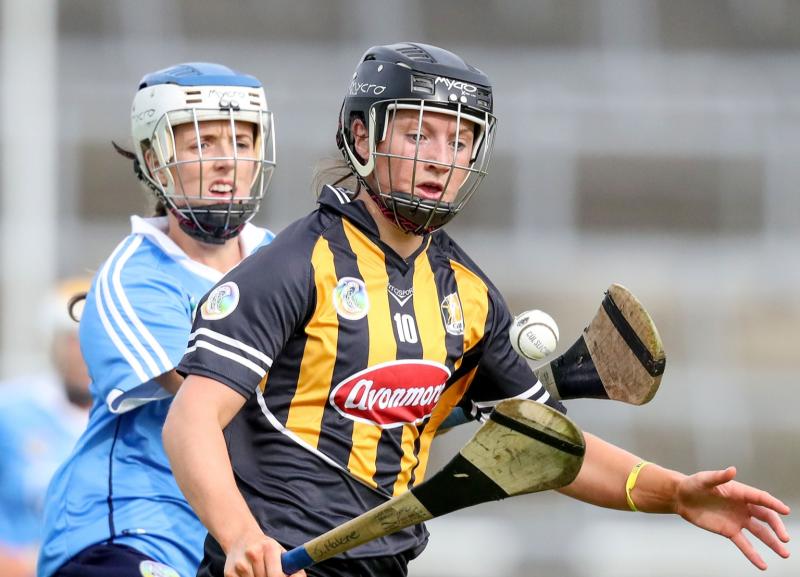 Julieanne Malone is relishing a return to Croke Park on Saturday and a quick reunion with All-Ireland senior camogie champions Galway.

An All-Ireland winner with the Stripeywomen in 2016, Malone missed the last three seasons after travelling to Australia but has proven a real addition to the ranks this term, particularly with the retirement of Davina Tobin and Collette Dormer, and the unavailability of Meighan Farrell, Aoife Doyle and Kellyann Doyle due to travels and long-term injury.

Kilkenny and Galway drew in the final group game of the championship, meaning that the Cats just missed out on a direct route to the last four on score difference.

They are there now and this time, the clash must produce a winner.

“We’re delighted to win a quarter-final,” said Malone afterwards. “It’s great to get back to Croke Park now to play a semi. We’re looking forward to it.

“Dublin threw it all at us early on but we woke up then and started to get going. We probably didn’t finish as strong as we could have, but overall, it was a very good team performance.

“After they got their first goal, we responded well and that’s what we wanted to do.

“You’re kind of closed off to what everyone is saying outside. That’s what happens - girls retire. We’ve a complete new team coming on. There’s new girls going to shine this year that weren’t on the team last year. All those girls that came on today, every one of them are well able to hurl.

“You just block that out, you don’t listen to what people are saying,” she added. “We’ve a new team, we’re building on that every training and it proved it when we win a quarter-final and head onto Croker.

“It’s good to be back and to get a chance to get back and play in Croker,” she said. “I was in Sydney for a little over two and a half years. It was good to get the break. It just makes you that bit hungry to come back and try and get on the team.

“I know I got game time during the League but it was hard to get my place and it still is. You’re fighting for your place every time you’re going to training. It wasn’t too bad conditioning-wise but it’s the pace of the game that takes getting used to again.

“I played in Croker last in 2018 so I’m looking forward to being back now.”