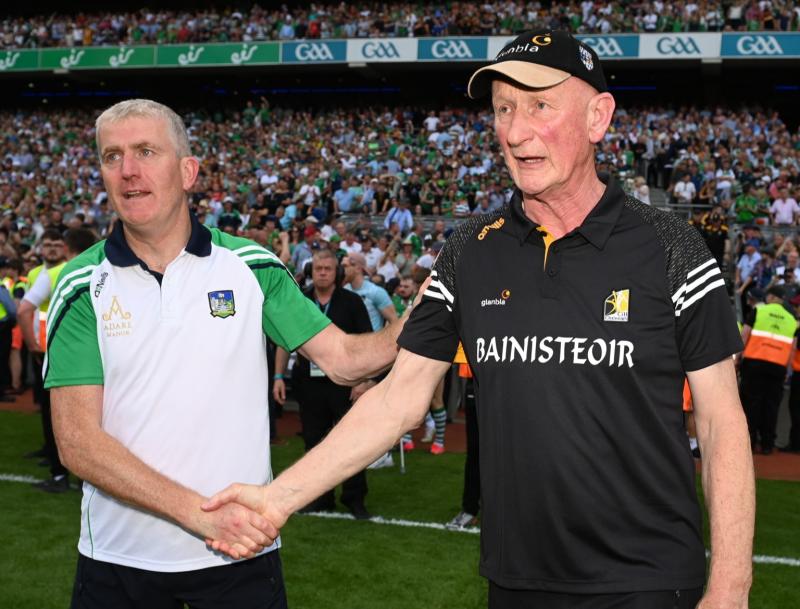 Limerick manager John Kiely led his side to another All-Ireland title on Sunday afternoon and in the aftermath of the game, he outlined how it was their best win yet.

The school principal also added that defeating Kilkenny in the final made it even more satisfying.

“It means the world, we have such respect for Kilkenny and what they’ve done, what Brian has done with the various groups he has had over the last 24 years.

“Their record is unparalleled and it will take generations for it to be anywhere chased by anybody, and it probably never will.

“I’m just thrilled with the performance. We knew it was going to be a really tough game.

“When you are coming in like we were after winning two, it is really challenging to be ready and on the money, but we were today,” he said.

The Limerick captain Declan Hannon became the first man to captain his county to four All-Ireland titles and the Adare man was definitely in the running for man of the match after putting in a superb display at centre back.

Like his manager he was full of praise for the opposition on Sunday.

“An All-Ireland final, we don’t choose who we play. Whoever it is, we have to try and beat them.

“Kilkenny have been and probably still are the kingpins in hurling. Maybe for other people who have questioned Limerick over the years that they haven’t beaten Kilkenny to win an All-Ireland, maybe it will quieten a few people that way.

“We built up a couple of leads of five points or six points at times but Kilkenny haven’t won so many All-Irelands by just rolling over. They’re relentless, they keep going and going, and they came with everything.

“We were under savage pressure – they were winning balls they shouldn’t be winning and we weren’t winning balls we should – but that’s testament to Kilkenny.

“We’ve learned a lot from Kilkenny, the way they play and the sheer intensity they bring to games, it’s relentless stuff from them – the physicality and the skill, it was never going to be an easy game today. Lads are just knackered at the moment but they enjoyed it as well.”