Fought until the end: Players gave their all in what was a thrilling All-Ireland final showdown 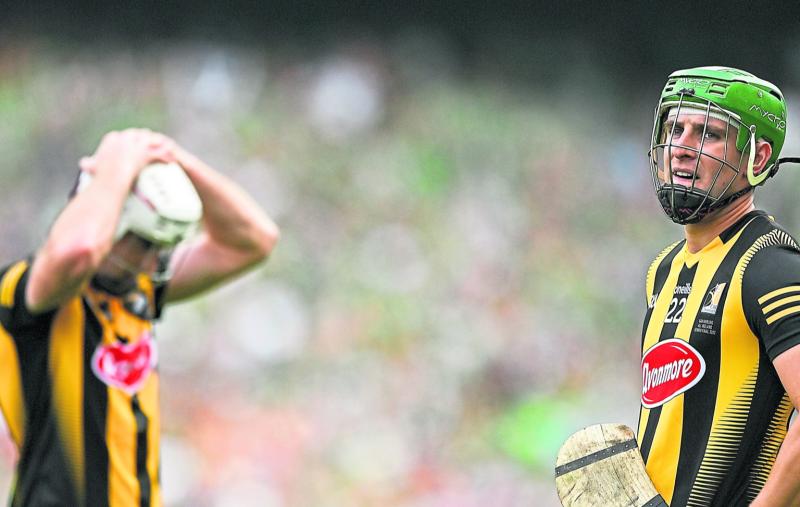 While Kilkenny were hugely disappointed to come out second best against Limerick, they can still be proud of their performance

As a spectacle it was an incredible game and for any neutral watching on they really got an immense battle.

You’d have to say it’s up there as one of the best All-Ireland finals in recent years - you may have to go back to the 2014 final between Kilkenny and Tipperary for a better one.

It was an incredible game but you have to give credit to Limerick for the way they performed, but the Kilkenny lads were absolutely brilliant as they went down by six points at one stage before pulling back level.

At half-time they were then down by four points and again they pulled it back to a draw. They died with their boots on, really.
It’s an unusual situation as nobody likes losing and nobody wants to lose as you don’t take any pride in losing but we took so much pride in how the Kilkenny team performed over the weekend. They threw absolutely everything at Limerick and no more could have been asked of the players.

It’s a strange one as we didn’t come away with the cup, but pride in the Kilkenny jersey went up another notch over the weekend.

Every Kilkenny supporter was walking out of Croke Park on Sunday and thinking to themselves what more could they have done to beat this Limerick team. It’s a tip of the hat to the opposition really.

The game could have went away from Kilkenny at different stages, but they just kept fighting. As a supporter I was very proud with their performance. While we’d have liked to have won that first All-Ireland title since 2015, it just wasn’t to be - but it wasn’t for the lack of effort.

You have to give full credit to Limerick for the team that they are as three in a row is not easily won. They have gone and done it so you have to recognise where they are as a team at the moment.

It was still an outstanding performance from the Kilkenny players and even all the subs that came on; everyone performed really well.

They went at it with real aggression and they didn’t stand around to wait and see what Limerick were doing.

Limerick got a great start but the Kilkenny lads turned it around and started to get a few points on the board and they really went after Limerick.

Lots of counties have found it hard to penetrate this Limerick team and we popped up and got two goals. That in itself is a credit to show how much we threw at Limerick.

It’s still a strange place to be as Kilkenny scored the most ever of a losing side in an All-Ireland final. That goes to show how much they put into it. When you consider how much Limerick did score to win the game - a good few years ago what Kilkenny scored would have won an All-Ireland - it just goes to show what Kilkenny did on the day really was exceptional, even if it wasn’t good enough to win in the end.

They tried to push up on Limerick and stop them making short puckouts and as a result they forced Limerick a bit longer and they started winning a few of them which saw Limerick’s system coming to the fore as they were breaking onto the ball from Nickie Quaid deliveries in front of them.

The decisions Kilkenny made in the moment in bringing on the likes of Walter Walsh and Richie Hogan worked well. I thought Kilkenny made good decisions to put the best foot forward and I’d have no complaints in how we did things.

Kilkenny had the great mix of the young players stepping in for their first All-Ireland final and then the steady hand of the experienced players involved whether it was their 10th or 11th decider.

There was a great balance there and you need that mixture as well. Limerick obviously have that in spades too and that was a great help to them.

There was still a nice mix for Kilkenny and it will only help the younger lads going forward that they had this experience.

They were tested in the fire of an All-Ireland Final. All of them, as far as I’m concerned, came through it with flying colours.

It’s great for Kilkenny going forward and you can even see with the under-20s winning an All-Ireland that there is talent coming through.

When you see the amount of young fellas that are established on the Kilkenny team and the amount of them coming through, it certainly bodes well for Kilkenny.

Not a lot of people were tipping Kilkenny to reach an All-Ireland final this year so I think the county is in a really good place and even more so based on what we saw at the weekend.

Even when you look back at Kilkenny’s three Leinster wins in the last few years, each year they weren’t really fancied to win them; they had a lot of doubters in those finals.

Winning three Leinster titles in a row is nothing to be sniffed at and then you see how the lads pushed Limerick right to the edge and you have to say that Kilkenny hurling is in a very good position. Like I said, the under-20s are there too. I’m sure a crop of those lads will be putting their hand up for jerseys to be part of the panel and so on.

There’s a lot of good hurlers on the extended panel too so in terms of the Kilkenny senior team going forward, there is certainly savage potential there with a real good base of young players who will be injecting new blood into it for the next few years. I think we are in a good place.