Kilkenny basked in glory through the managerial life of Brian Cody 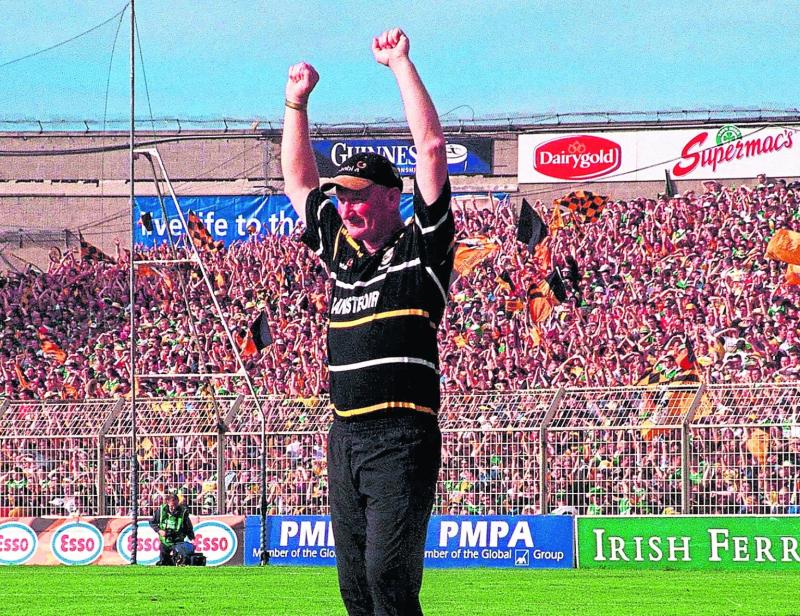 It was a predictably unpredictable way of bowing out. Always keep them guessing as to what your next move will be.

If you were trying to predict what he’d do, you could be left guessing for a long time.

Now that he has left, Kilkenny hurling will ask the question: ‘What now?’

In moving away from the hotseat, Brian Cody has brought to an end what will undoubtedly be the most successful reign of any GAA intercounty manager — ever. A sport-defining era of 24 years which delivered 11 senior All-Ireland titles, 18 Leinster championships and 10 National Leagues, will take some beating.

The big surprise, perhaps, is why head for the exit door now. There have been times throughout his career where the question ‘will he go now’ was posed — in the year of the Grand Slam; after the four-in-a -row; after bringing the Cats to back-to-back titles in 2012 and 2013; after the win in 2015… there were plenty of times to go out on a high. Questions were answered, critics silenced — each provided an opportunity to take his leave with nothing left to prove.

In that time entire teams — nevermind players — have come and gone. His pack of selectors has been shuffled and changed, while many managerial foes have been left in the distance. Cody still remained. He never stepped away. It was almost as if it was too easy to go out on a high.

Many could have predicted him vacating the role at different times — maybe the spotlight grew brighter in years of defeat.
Having gone to the well so often, no-one would have blamed him if he had exited the stage and left the baton for someone else to take up. Yet in the weeks after every county final, the same words came from the County Board: ‘Brian Cody has been ratified as manager of the Kilkenny senior hurling team…’

Now, that sentence will no longer be carried in an official statement. And Kilkenny will be left wondering what life after Brian will be like.

If you were to try and evaluate the aftermath of this year’s All-Ireland it certainly seemed that the chance to make it a quarter of a century at the helm would be winging its way from UMPC Nowlan Park.

The latest incarnation of a Kilkenny team ran champions Limerick oh so close in the white-hot atmosphere of Croke Park, dying on their shield as they went under by two points.

Cody’s message was one of pride following the game, pride in the players and their performance. Certainly, the sentiment coming from the Nowlan Park homecoming was that the Cats — and, by extension, their manager — would be back to have another crack at MacCarthy in 2023:

“The real story is that Kilkenny haven’t gone away and Kilkenny never will go away,” he told thousands of adoring fans as they hailed their heroes.
“Winning the Liam MacCarthy will happen for this great team soon. In the meantime, Kilkenny is still the capital of hurling.”

And that’s not a token line thrown out to cheer up a fallen army. When Cody took over, the Cats were way off Cork and lagging behind old foes Tipp when it came to the roll of honour.

Today, with 36 titles to their name, they sit in a peerless position at the top of the table.

That was achieved through steely determination, no end of effort and a willingness to go to the limit in exertions.

Some decisions made along the way proved unpopular — there were fall-outs with players and spectators (and even commentators) — but for the manager the goal at the end was always the same: it was done for the good of the team, to sate the ravenous appetite for success and achieve glory on the biggest stage.

Looking back to the days when Cody was appointed, it brought up the fact he was 44 years old and still a primary school teacher when he became manager. He blew out 68 candles on his last birthday cake.

Stop and let that fact sink in. So much has happened in that time - a new millennium, an all-new Croke Park arena, a new currency and a global pandemic to name but a few landmark moments in Irish history. And, a generation or two of Kilkenny hurling fans have been born knowing only one man at the helm. What an incredible reign!

The idea of leaving the jersey in a better place is something that has long been ingrained in Kilkenny GAA culture. In a certain sense, the same could be said for the Bainisteoir shirt.

Cody has not only brought Kilkenny hurling to greater heights, he has given it an elevated platform. For that alone, the supporters will be eternally grateful.