Club Calling: Local action goes into overdrive with a feast of hurling over the next few weeks 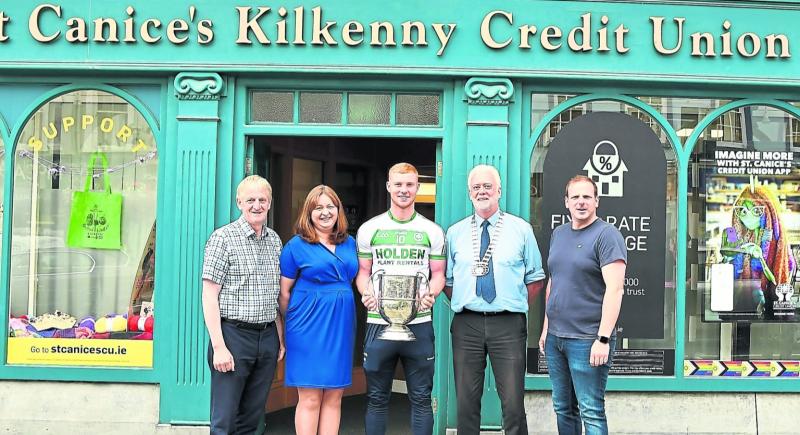 After Covid-affected seasons in the last two years, the Kilkenny league/championship is back to its original format at senior and intermediate level where there are five group games before the main championship schedule gets underway.

The opening group in the senior hurling league looks a real open one on paper and although Shamrocks look the standout side, traditionally they have taken their time to come to light. With Eoin Cody, TJ Reid, Adrian Mullen, Richie Reid and a number of extended panel members still getting over Kilkenny’s All-Ireland final defeat they will be an interesting watch over the next few weeks as they look to win a fifth Kilkenny senior championship title on the trot.

Ultimately, championship success will be the big aim for the Shamrocks and they will be under new management with Pat Hoban replacing James O’Connor.

The Ballyhale boys kick off their league campaign against a Clara side who will have been disappointed with the way their championship transpired in 2021 after they were beaten by Tullaroan.

Led by the likes of Padraig Walsh, Mossy Keoghan and the two Tommy Walshes, Tullaroan came within a whisker of reaching last year’s county final. Both they and Clara will hope to place themselves in good positions to challenge for major honours.

Mullinavat will look to get over a disappointing all-county league final loss to Dicksboro when meeting Lisdowney in their opening fixture while their opponents will look to build on an enterprising debut season at senior level.

The group is rounded off by Erin’s Own, who only just about maintained their senior status when seeing off the Rower-Inistioge in the relegation final last term.

It looks a real group of death on paper as all three city clubs have ended up in the same section as well as 2021 senior league champions Bennettsbridge.

The ’Bridge have impressed in recent seasons and their round one clash with Dicksboro looks a real stand-out tie.

The ’Boro are a club who will look to make a real mark at senior level in the short term after clinching a clean sweep of under-age titles in Kilkenny last year but in Bennettsbridge they face a side that are very difficult to play against.

The loser of this clash is under immediate pressure with games against James Stephens and O’Loughlin Gaels still to come. Those aforementioned clubs begin their league campaigns against Glenmore and Graigue-Ballycallan respectively. For Glenmore, in particular, it’s a real welcome to the big time.

Glenmore will be plying their trade at senior level for the first time since 2005. After a disappointing Leinster intermediate campaign, they will be out to make a mark with the likes of the Murphy Brothers, Ger Aylward and Ian Byrne leading the line.

They and Graigue-Ballycallan may be the favourites to end up in the bottom two but, as has been shown in Kilkenny hurling many times, don’t rule out a shock or two.

All eyes will be on Thomastown in Group A of the Michael Lyng Motors Hyundai Intermediate Hurling League as the Grennan boys adapt to life without Henry Shefflin.

Thomastown won last year’s league title but ultimately bowed out of the championship at the semi-final stage to subsequent winners Glenmore and they will hope to improve on that this year.

They don’t have an easy start though as they take on a Dunnamaggin outfit that had Joe Fitzpatrick, Denis Walsh and Andy Hickey involved with the All-Ireland under-20 winning Kilkenny side.

Carrickshock and Young Irelands are two teams that could easily go on a run if they got a bit of momentum going.
In a competitive group, a win in their opening game will be crucial.

A lot of eyes will turn to All-Ireland junior champions Mooncoin to see how they get on in their step up to Intermediate level but it’s not an easy start as Danesfort meet them in an appetising opener.

Another clash that looks compelling is the meeting of Rower-Inistioge and Fenians.

The Johnstown men will look to build on making last year’s semi-final while the Rower will aim to get back to winning ways as they aim to recover from their senior relegation last year.

St Lachtain’s are among the other teams in the group and after reaching last year’s county final, there will be a lot of expectation on the Freshford side as they look to go one step further in 2022.

They kick off their league campaign in Jenkinstown on Sunday afternoon when they face off with O’Loughlin Gaels.

The JJ Kavanagh and Sons JHL (Section A) will also continue over the next few weeks after John Lockes, Windgap, Piltown, Kilmacow and St Patrick’s claimed big wins last weekend.