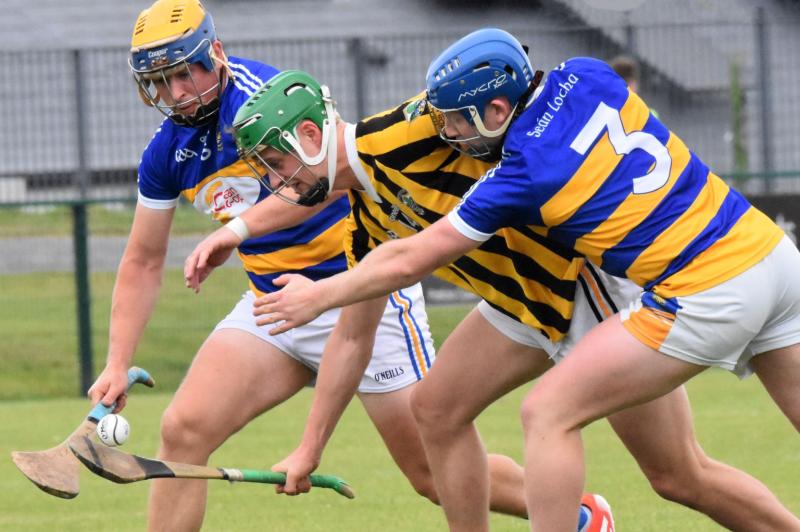 The John Lockes junior team made a winning start to their campaign when they played host to Tullogher Rosbercon in the first round of the Junior Hurling League in John Locke Park.

The game proved to be a tight battle from start to finish.

The John Lockes men opened up the scoring with two points coming from Darragh Bergin, a free followed by another from play.

Cian O’Donaghue got the first point for Tullogher Rosbercon from a free.

Mikey Prendergast at full forward for the Lockes men scored an excellent point from play.

Tullogher fought back hard and got the next three points - two from Conor Hennessy at centre forward and another free converted by Cian O’Donaghue.

The next 10 minutes was a very even affair – three more points by the Callan men - two frees by Darragh Bergin and a point from play by Ciaran Phelan.

Darragh Bergin scored the first point of the second half for the Callan men.

Tullogher then took over the scoring as they scored the next five points - three frees converted by Cian O’Donaghue and he scored another from play followed by a point from Anthony O’Connor.

There was not much between the sides at any stage as the Callan men found their form again with Ciaran Phelan and Darragh Bergin slipping over another two points.

The next five minutes, Tullogher scored 1-1 with a free by Cian O’Donaghue and a goal by Danny Glennon.

The Lockes boys rallied with some positional changes and substitutions.

Another point from play by the Callan men followed by Darragh Bergin putting an excellent line ball over the bar.

Cian O’Donaghue popped another one over for the Tullogher men but it was to be the Callan men’s day as they finished out the game scoring 1-1 from play in added time.

Both scores came from Darragh Bergin a point from a free and a goal in the dying seconds of the game as John Lockes snatched the win late on.