Final victory: Kilkenny’s 11th title under Cody was delivered after a tenacious tussle with the Tribesmen 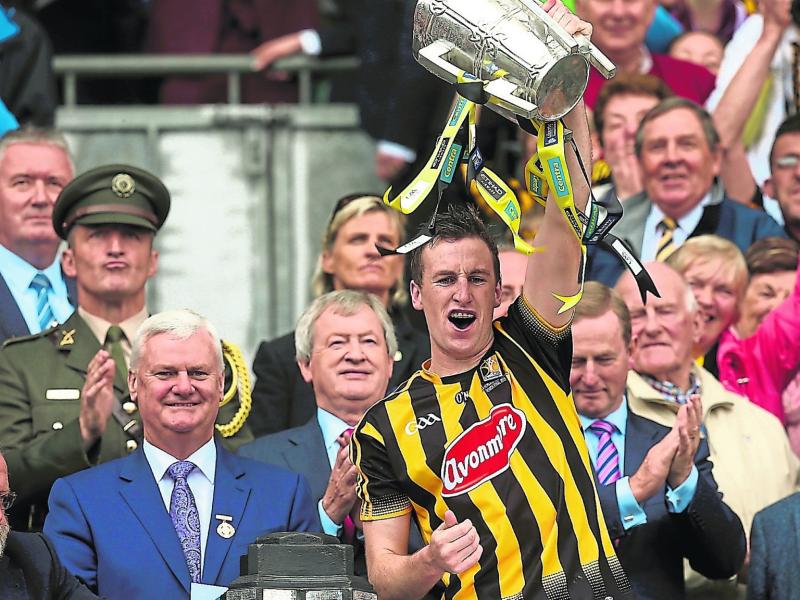 A squad that had shed a pile of golden performers after last year’s MacCarthy Cup success returned to Croke Park on Sunday and, after a gripping final that touched on the extraordinary in terms of physicality and ferocity, they made off with the silverware again.

“That was one of the hardest wins ever,” admitted Kilkenny hurling manager Brian Cody, who is not one to ever overstate a case.

“Serious questions were asked of us this season because of all the retirements last year,” he said. “That didn’t concern me too much. I respect the players who retired. They were excellent.

“They made an excellent contribution to Kilkenny, but that is the nature of sport. People come and go. This thing in Kilkenny is never about individuals, or people coming or going into the panel. No one, two, three, four or five players, manager or any individual dictate what Kilkenny hurling does.

“The relentless spirit in the team, the drive and determination came through,” he added. “Our thinking was that ‘there is more in it and we’re going to find more’.

Physically strong, brilliantly conditioned and good hurling Galway threatened to derail Kilkenny’s drive for All-Ireland win 36 during a magnificent opening half, at the end of which they were less than flattered to be leaders by 0-14 to 1-8.

But the Cats opened their broad shoulders after the turn and outshone the opposition, bettering them in every facet they had excelled in beforehand, to gallop away to a magnificent win that didn’t, in the end, flatter them.
It was some turnaround of fortune and performance during the second half as Kilkenny outran, outworked and outscored the opposition by a stunning 0-14 to 1-4.

And the divide at the finish would have been more were it not for the fact that Galway had the last score, a goal from a retaken Joe Canning free, with 70 minutes and 57 seconds on the clock.

Kilkenny now extend their considerable lead at the top of the roll of honour - Cork are second with 30 titles; Tipperary third with 26 - as Brian Cody’s reign as boss continues to produce golden performances and victories.

This was Cody’s 11th All-Ireland win as manager, which is supplemented by 15 in Leinster and eight in the National League. Phenomenal going by any measure.

People might look at the hurling landscape and wonder how Kilkenny continue to do it and when will/might they slip up? Tipp twisted them every which way they could last season, but lost.

Galway were wired for the effort. They had an ideal run into the final, shooting big scores and upping their game in the quarter and semi-finals.

The Tribesmen kicked on and brought their best game to a packed Croker, but while the discommoded the Cats in a serious way during the first half, they just couldn’t break nor defeat them. Just as in the Leinster final in July, defeat was their lot again.

People beyond our borders must be looking in and wondering - wondering how it’s done and how they can halt the black and amber train. It won’t be easy, because the reshaping of the squad and team has lowered the age profile and lightened the collective miles on the clock.

They didn’t crumble, but they were slowly put to the sword with Shamrocks pair Michael Fennelly and TJ Reid and Padraig Walsh and Conor Fogarty in particular scaling incredible heights of performance as the battle — and it was a battle — waged. Fennelly was the Hercules of the piece, doing the heavy lifting of spirit and team as he drove into and through tackles to win ball after ball to inspire all around him. He was mighty!

Reid was brilliant on the kill, converting every chance that came his way, including a couple of frees while having to listen to the ’Galway, Galway’ chant roaring in the background. Padraig Walsh hurled an ocean of ball during this period as he turned his wing into a virtual cul-de-sac. Fogarty took tenacity to another level, charging into tackles with shoulder aimed to drive opponents back. He did. Often.

The Cats eventually took over the lead in the 47th minute when TJ Reid converted a 65 that had been hard won by Colin Fennelly, and they powered all the way home from there.

Their best position was attained in the 69th minute when another massive performer, Walter Walsh, cracked over Kilkenny’s last score at the Canal End after an assist from sub John Power, to leave the divide at a hefty 1-22 to 0-18. Canning’s late goal from a free that was retaken for who knows what was no more than a simple dressing in the wind up.