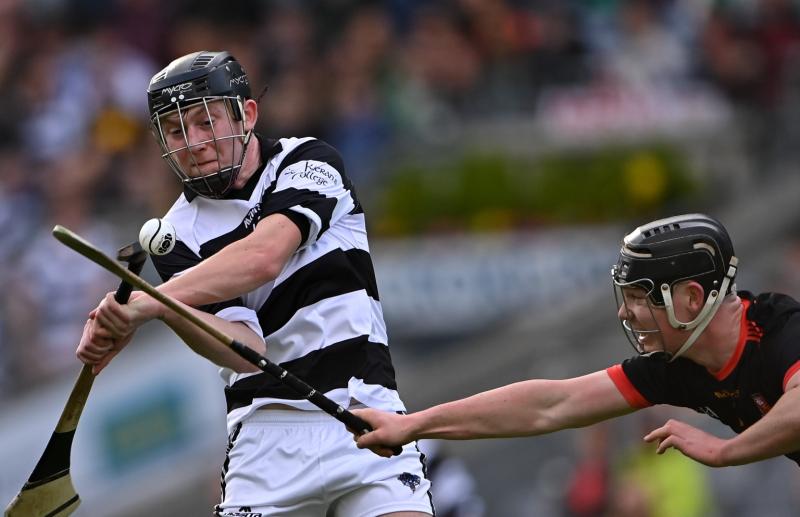 In a game that was played in wet underfoot conditions in Piltown, Danesfort finished the better to seal the league points.

Former Kilkenny minor star Whitty scored five points over the course of the 60 minutes including the last minute winner as his side won out by the minimum.

Just three minutes before the Whitty winner, Jack Bruton knocked over the equaliser for Danesfort after Mooncoin looked like they’d snatch the win.

Danesfort led by six points at half-time but they were outplayed throughout the second period and they had to show real character to dig the result out after Mooncoin led through points from Ciaran Quilty and Paul Henebery.

All eyes were on current All Ireland Junior Champions Mooncoin to see how they would take the step up to the Intermediate grade and although they bumped into a Danesfort team that were without Richie Hogan, Mooncoin themselves were shorn of star forward Patrick Walsh who wasn’t fit enough to start the game.

It was nip and tuck in the opening few minutes until points from Philly Cooney and goalkeeper Paddy Hogan gave Danesfort a 0-6 to 0-3 lead.

Adam Croke, Ciaran Quilty and Paul Henebery pointed for Mooncoin but they were struggling to stay in touch against a Danesfort side that looked in the mood.

Whitty and Killian Hogan then exchanged frees before successive efforts from play by Gary Tynan had Danesfort five points to the good.

Mooncoin hit back with points from Hogan, Jim Delahunty and Paul Henebery but in their first game at this level in a number of years, they appeared to have a mountain to climb when Whitty, Paul Murphy and Ben Hickey pointed before the end of the half.

Danesfort led 0-14 to 0-8 and they appeared to be in a comfortable position at the break but the tide soon turned.

Mooncoin showed throughout their All-Ireland winning run that they have huge talent in their ranks and despite being under new management, they still showed all their fighting spirit in reeling in the six point deficit.

Mooncoin scored the first four points of the second half and while Danesfort steadied the ship, the momentum was still very much with their opponents and by the 50th minute the sides were level.

It looked to be anyone’s game at that stage but when Ciaran Quilty and Paul Henebery edged Mooncoin in front, it looked like they had crowned a sensational comeback.

Not on the Danesfort watch though and after Jack Bruton equalised, it was then up to Ben Whitty to seal the win and despite lining up a free in his own half, it proved to be no obstacle to the youngster as he fired the ball between the posts with practically the last puck of the game.

For Danesfort, their half back line was immense, led by redoubtable Paul Murphy.

Cathal Kearney led things from midfield, while Gary Tynan and Paddy Hickey dominated at times in the forwards, Tynan scoring four points in the first half alone.

Ben Whitty was unerring from placed balls while Robbie Walsh played his part, especially in the first half.

For Mooncoin, Paul Henebery hurled an ocean of ball throughout the game especially in the first half when they were under pressure.

His long range frees were reliable throughout. Pa Walsh’s introduction in the 26th minute steadied things up front.

The moving of Martin O’Neill from the forwards to his usual berth of the half back line also strengthened things at the back for Mooncoin.

Both Delahunty and Ciarán Quilty took their scores when Mooncoin needed them most.