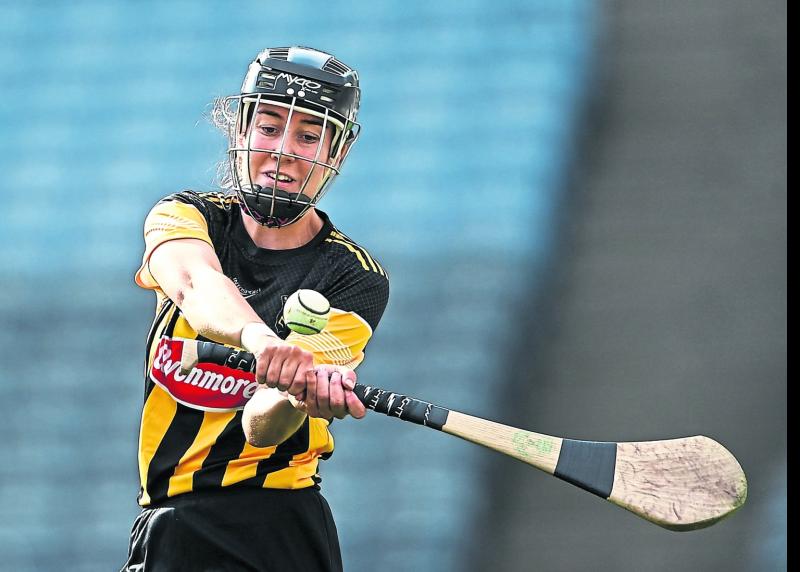 Aoife Norris will be looking to continue her fine form on Sunday.

If it wasn’t for the goalkeeping heroics of Aoife Norris in the All-Ireland semi-final victory over Galway then Kilkenny’s season may already be at an end.

The Piltown stopper played a crucial role in helping the Cats see off the defending champions as she produced a number of important saves.

“I was happy with my own performance but most importantly was the performance of the team and everyone put in 100%,” she said.

“Everyone has a job to do on the field and I was just doing mine. We were delighted to get the win and the focus is now on the final against Cork.”

The 23-year-old schoolteacher saved a penalty from fellow net minder Sarah Healy in the opening half. She credits her work with Denise Gaule in training as a reason for being able to flourish when it matters most.

“I don’t know about the technique to be honest as I just face it as it comes,” she said. “When you’re practising with Denise Gaule in training she’d have you well tested by picking balls out of the net but I stood tall - that’s all.

“Denise is one of the best penalty takers in the game and if you are getting anywhere near her shots, you are going to be happy. That’s just the way it went on the day and I’m happy with it but overall it was more important to get the win at the end of the day.”

Norris has been a mainstay in the Kilkenny side since making her intercounty debut in 2019 and she has seen a big change in the way the game is played during that time.

“The game has developed for the better in general. I think the day of just hitting the ball long and hoping for the best are gone and the likes of Brian Dowling have been telling us to keep our composure and give the ball to the person in the best position. It’s something we work on and we’ll continue to try and improve on it too.”

She added: “We have players who give everything to the team and getting that creativity in using the ball wisely to find the player in the best position without giving away possession is the aim.”

The goalkeeper is one of four Kilkenny players that are based in Dublin. Along with Michelle Teehan, Grace Walsh and Laura Murphy the group travel to training together each week.

Coincidentally they are four of the starting back seven and they’ve created a great bond on and off the pitch.

All bar Grace Walsh are teachers and it’s clear it’s an occupation that suits.

“There’s a group of us in Dublin and it has been a really enjoyable year,” she said. “Even the car journey home is something we look forward to and we’ve become a lot closer as a result and as it happens we all play in defence too and that maybe makes the bond even tighter.

“We are all friends at the end of the day and that bond shines through the whole team and it’s that enjoyment that makes us all play the game of camogie.

“Being a teacher helps with the lifestyle of an intercounty player too,” she finished. “Our holidays are spent training, but we all love doing it.”