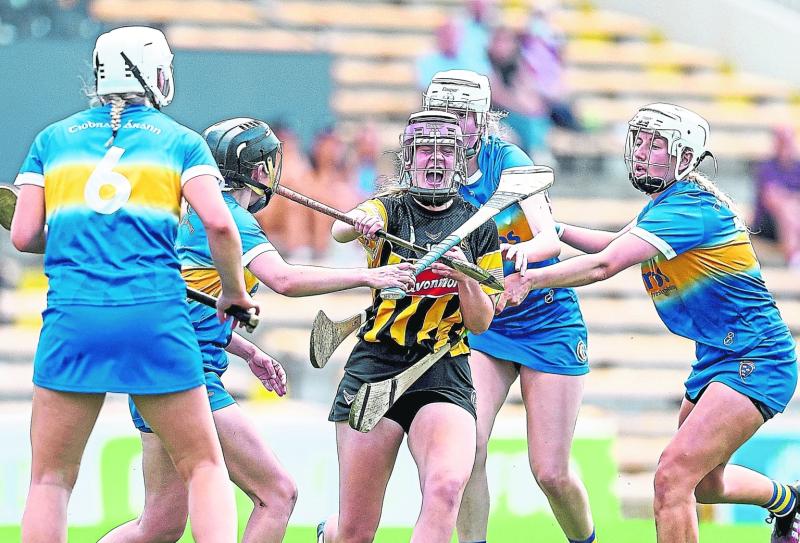 Dicksboro’s Aoife Prendergast will be looking to follow in the footsteps of her clubmate Lucinda Gahan when Kilkenny meet Cork in Sunday’s All-Ireland senior camogie final.

Gahan captained the Cats to victory in the 2020 decider and despite being only 25 years of age, Prendergast now has that opportunity and she knows what it means to be captain of Kilkenny.

“It’s an absolute honour to be a captain of a county team that is looking ahead to an All-Ireland final,” she said.

“I’ve been captain of my club team as well and that in itself is a huge honour so I didn’t think about it twice when I was offered the role of captain with Kilkenny.

“Being asked to lead a special group of players and a fantastic management team is great.

“This is where you want to be,” she added. “There’s huge leadership among this group of players and it’s not up to myself to drive it forward as everyone is a leader on this team and that’s what it’s all about.”

It’s been a hectic year for Prendergast as her club qualified for the Leinster final back in January and while they were eventually beaten by Oulart-the Ballagh, it has meant that the Kilkenny quartet of Prendergast, Ciara Phelan, Niamh Phelan and Asha McHardy have been on the go for a while.

In saying that though, it’s a Kilkenny team that is still unbeaten in 2022 as they won a Leinster Championship and narrowly missed out on the league final. The winning mentality is something that Prendergast and her team-mates will be hoping to continue on Sunday.

“We’ve had a great season so far and we haven’t lost a game yet,” she said.

“That adds a great momentum going into games and certainly builds confidence among the girls with a fresh new team.

“There’s new players stepping up to the mark and that’s driving us forward,” she added.

The captain has been in and out of the starting team throughout the season and the motivation is high to get into the first 15 but she knows just how competitive the Kilkenny squad is.

“There’s huge competition in our camp for every training session,” she said.

“I’ve started a few matches and came on in a few, but that’s the way it goes as other players stand up and you have to take whatever role you are given, whether it’s as a starter or coming on as a sub.

“You just have to drive the whole thing forward and that’s something that I’m willing to do in training before the game.”

Prendergast also gives huge praise to the current management team in getting them to the final.

“The management team bring a freshness to training each week and it’s a great bunch of players to work with,” she said.

“The lads put in hours and hours behind the scenes to make it such a professional setup and it’s a credit to them as they are always there for us.”