Kilkenny SHL- Goals do the trick for Lisdowney against Mullinavat 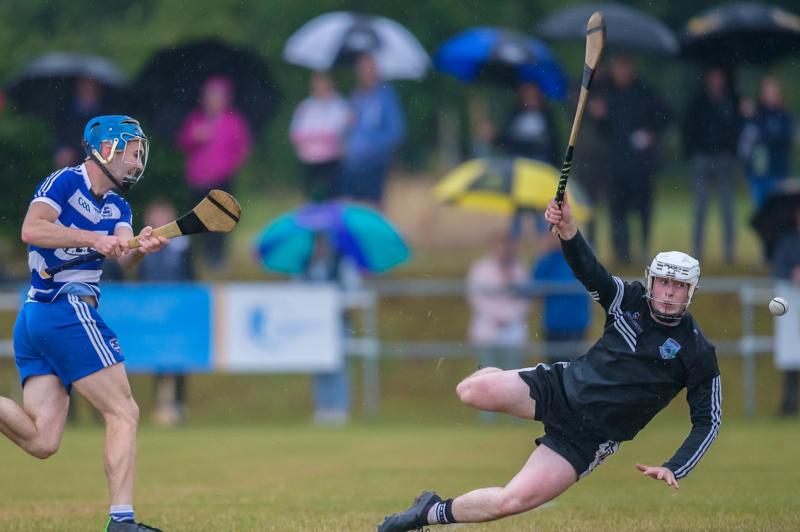 Lisdowney and Mullinavat met in very difficult conditions at the Kells Road on Saturday evening with the 2020 Intermediate champions coming out on top.

With heavy rain incessant throughout the 60 minutes, any goal was going to be crucial and Lisdowney got one in each half that helped them secure a fully deserved nine-point victory.

Brian Kavanagh netted after 12 minutes and it gave his side a 1-4 to 0-1 lead early on and even when Mullinavat threatened something of a revival at the start of the second half, Lisdowney corner back Dylan Jordan got forward to score a majestic goal when lofting the ball over Sean Fitzpatrick in the Mullinavat goal.

After a hugely productive debut season at senior level last term, the opening senior league win will be most welcome for a Lisdowney side that have the potential to be stubborn opposition for anyone in Kilkenny.

Despite the tough conditions, both sides made a bright start to the game and it was Mullinavat who got the scoring underway when John Walsh pointed in the opening minute.

Lisdowney’s response was an emphatic one as they scored 1-3 without reply.

Eoin Kenny got the ball rolling with a well taken score before Aidan Tallis scored the first of seven points as the corner forward proved very accurate from placed balls.

David O’Carroll then added a fifth minute point which arrived at the end of a move that could have easily resulted in a goal with Sean Fitzpatrick producing a couple of good saves.

Mullinavat were struggling to gain any real foothold in the game and there was six between the sides by the 12th minute when Brian Kavanagh finished to the net after Aidan Tallis released the corner forward into space.

Brian Phelan replied with a free for Mullinavat before Kenny and Tallis increased the Lisdowney leading margin.

Another Phelan free in the 20th minute kept the Vegas boys in touch but by half-time, the game was as good as over as Tallis knocked over three frees to add to an effort from play by joint-captain Kevin Sweeney.

Lisdowney led 1-10 to 0-4 at the break after Adam Mansfield opened his account for the defeated side but if it wasn’t for Fitzpatrick saving from David O’Carroll, the margin could have been much worse.

Mullinavat had to improve in the second half and when Brian Phelan and Padraic Gahan pointed in the first minutes after the resumption, there was certainly a bit of hope for Adrian Burke’s side.

Tallis and John Walsh then exchanged frees to leave Lisdowney ahead on a 1-11 to 0-7 scoreline and any chance Mullinavat had seemed to evaporate at the beginning of the final quarter.

Lisdowney corner back Dylan Jordan found himself in acres of space as he powered forward and with Sean Fitzpatrick a couple of yards off his line, Jordan flicked the ball over his head for an audacious finish that warmed up the cold hands for the sizeable crowd in attendance.

The final 10 minutes then proved something of an anti-climax with the result in the bag from a Lisdowney point of view.

Mullinavat sub Mikey Jones made an impact off the bench in scoring two points from play but anytime they added on a couple of points there was still an almost immediate response from Lisdowney.

Tallis, Sean Phelan, William Kenny and Aaron Fogarty all added on points for the winners before the end while Adam Mansfield kept Mullinavat competitive with a couple of scores from play.

Liam Dunphy was solid between the sticks for Lisdowney and he was kept up to his work when forced to make a late save as his side eased to a dominant victory on a final 2-15 to 0-12 scoreline.