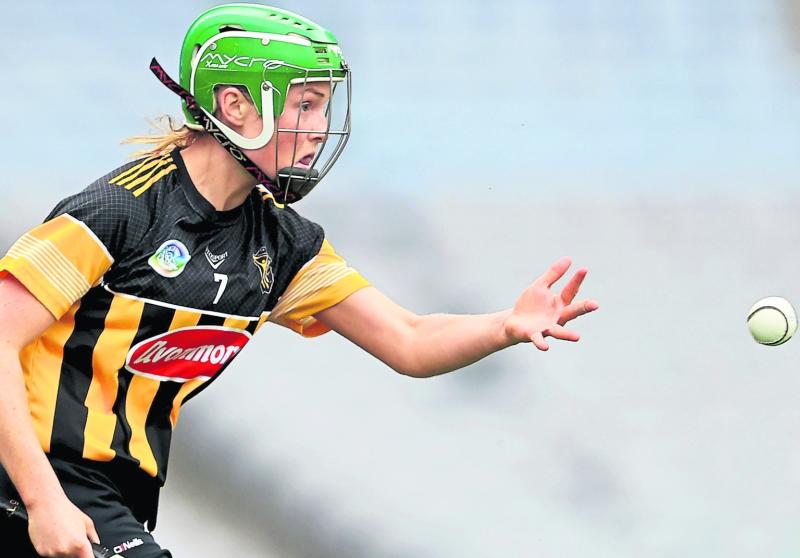 Kilkenny warmed up for the All-Ireland championship by capturing their fourth Leinster title in a row.

The 5-11 to 0-12 win over Dublin saw Miriam Walsh (2-2) and Aoife Doyle (2-1) give the team the perfect platform for their O’Duffy Cup charge, which started with a 550km round trip to the Liatroim Fontenoys ground for a meeting with Down.

Kilkenny made sure they came home with the result they wanted, beating the Mourne women by 1-23 to 1-10. In what was a first ever championship meeting between the counties, Kilkenny led by 1-11 to 0-8 at half-time, the goal coming from Mary O’Connell.

The Cats continued their good form with a home win over Limerick in round two. Limerick were not afforded a gentle introduction to their campaign having started with Galway and while they were competitive in the first half of that tie, they found Kilkenny far too tough a nut to crack altogether at UPMC Nowlan Park, where the Stripeywomen prevailed by 1-21 to 0-6.

Early scores from Denise Gaule (free), Katie Power and Mary O’Connell saw Kilkenny race into a 0-5 to 0-1 lead. Laura Murphy, Miriam Bambrick, Katie Nolan, Julieann Malone and Miriam Walsh piled on the pressure before Aoife Doyle’s goal left them 1-11 to 0-1 up at half-time. They kept the pressure on after the restart, going away to win by 1-21 to 0-6.

The Cats retained their perfect record in round three but had to sweat before getting the better of Antrim in a far more competitive affair at the Dunloy Cúchullains grounds, by 1-15 to 1-9.

The good form continued in round four, when Offaly were put to the sword at UPMC Nowlan Park. A Katie Nolan goal helped Brian Dowling’s side take a 1-13 to 1-1 lead in at half-time, an advantage they retained in their 3-18 to 2-7 victory.

The last of the group games saw Galway catch Kilkenny on the line for a share of the spoils. The 1-17 to 2-14 draw saw the reigning All-Ireland champions finish top of the group on scoring difference and go straight to the semi-finals.

Despite having to play an extra game, Kilkenny showed no signs of sluggishness as they dismantled Dublin in the quarter-final.

Denise Gaule rattled off 1-10, with Miriam Walsh adding 1-3, as they scored a commanding 2-24 to 1-11 win and set up a meeting with Galway in the semi-finals.

That final four game, played in Croke Park, saw Kilkenny dethrone the champs thanks to an inspired performance from netminder Aoife Norris as they fought for a 1-13 to 0-12 win. Laura Murphy’s 37th minute goal gave the Cats an advantage they wouldn’t lose.