Dowling hoping to lead new-look side to All-Ireland success 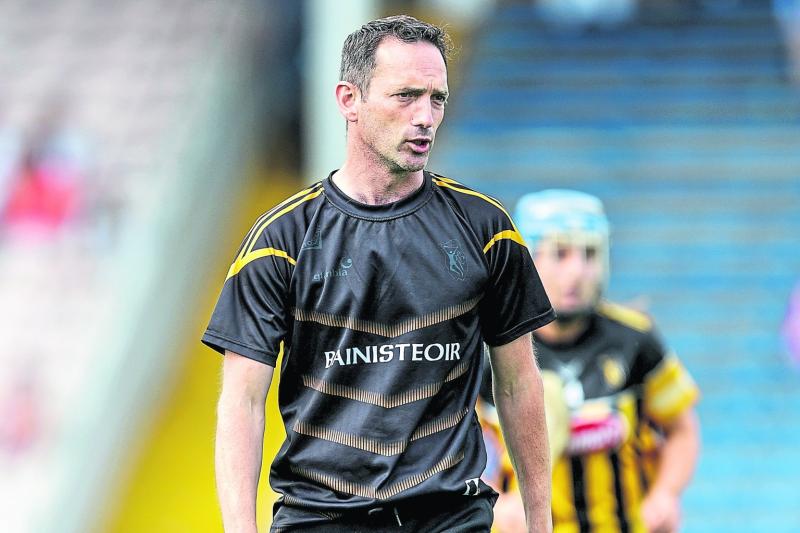 After a turbulent few months off the field, Kilkenny manager Brian Dowling will be hoping to lead his county to a second All-Ireland title in three years on Sunday afternoon when they meet Cork

Even by his own admission Kilkenny manager Brian Dowling seemed to flirt with the idea of resigning from his post after his side was defeated in the All-Ireland semi-final at the hands of Cork last August.

After watching Galway subsequently beat the Rebels in the final a couple of weeks later, the O’Loughlin Gaels man got the motivation to go at it again and he’s happy with his side’s progress in 2022.

“Kilkenny have always been consistent in getting to finals and obviously last year was very disappointing in losing out in the semi-final,” he said.

“I was in Croke Park watching the Kilkenny Intermediates in their final last year. I stayed on for the senior decider, but I found it very hard to watch as it made you feel like you wanted to be there.

“It still gave me motivation to do whatever I could to help the girls get over the line and I’m delighted to see them get to a final.”

It looked like it could be a troublesome season for Kilkenny after the likes of Colette Dormer and Davina Tobin announced their retirement and Meighan Farrell went travelling.

Add in a cruciate ligament injury to the sisterly duo of Aoife and Kellyanne Doyle and things looked very difficult.

Credit to Brian and his management team though as they’ve help nourish a new crop of Kilkenny players.

“If you told me at the start of the year that we’d be missing the players that we are and we’d still be in an All-Ireland Final I probably wouldn’t have believed you to be honest,” he said.”

“We’ve lost a huge amount of experience in the dressing room over the last eight or nine months and you’ve to add the injuries of Aoife and Kellyanne Doyle to that.

“I suppose that’s the way it goes for every team and new players step up and that’s definitely been the case for us.

“The likes of Steffi and Tiffany Fitzgerald have taken their chance and they’re playing brilliantly at the moment.

“Laura Murphy and Niamh Deely are others that have been knocking around the squad for the last few years and now they are starting on the team.

“It’s great that these new girls have stepped up this year and it’s great for the experienced players to see these players come along.”

As big a challenge as Sunday’s final may prove to be, it pales into insignificance when compared to what has happened off the field this year.

Dowling and fellow selector Tommy Shefflin lost their uncle and brother respectively in tragic accidents so the outlet of camogie has helped in recent months.

“It was a really tough period and at the time you try to put it to the back of your head and it was obviously great to have camogie as a distraction.

“There was a lot going on at the time and a couple of players lost grandparents too and everything seemed to be happening at the one time.

“We all got through it together and that’s the great thing about a team as everyone is in together,” he added.

“It’s great to have a distraction to help us get away from things and when your on the pitch for an hour and a half it helps you take your mind of other things and that was the main thing.”