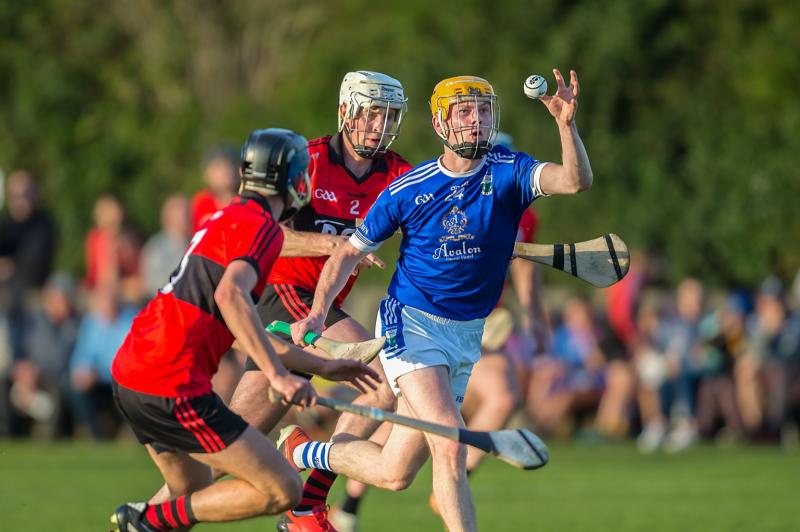 Erins Own got their opening win in the St Canices Credit Union Senior Hurling League when they overcame a wasteful Lisdowney side in Ballyragget last Friday night.

Jack Buggy led the scoring with 10 points for the winners pounced on the inefficiency of their near neighbours.

Lisdowney came into the game on the back of a fine victory over Mullinavat and if they made better use of their dominance in the opening half , they would have been a lot closer to securing the two points.

Despite leading 0-9 to 0-8 at the break, the 2020 Intermediate champions should have been further ahead as their wide tally reached double figures.

'Comer took advantage of that misgiving in front of goal and they were in full control throughout the second period.

A fortunate Mick Kenny goal gave Lisdowney a bit of hope but it only served to put a bit of respectability on the scoreboard as Erins Own claimed a fine win.

Lisdowney made the brighter start as they opened up a two point lead early on after Kevin Sweeney and Aidan Tallis found the target.

Robert Moran had a goal chance for Comer during those early stages but Liam Dunphy made a good save to preserve Lisdowney’s advantage.

Tallis and Chris Korff then exchanged scores before Comer hit three points on the spin to go in front.

Jack Buggy, Shane Feehan and Conor McMahon all found their range though the lead didn’t last long after William Kenny equalised in the 12th minute.

Tallis and Jack Buggy then exchanged frees before Lisdowney went clear with Tallis again and Brian Kavanagh pushing the lead out to 0-7 to 0-5 for the Leonard Stanley trained side.

Lisdowney then contribute to their own downfall with a few terrible misses and had they gone over they would have been in a very commanding position.

Two more Tallis frees ensured Lisdowney still led at the break but points from Buggy, Korff and Eoin Brennan meant there was only a single score between them (0-9 to 0-8).

Lisdowney could have had a goal within seconds of the restart after a David O’Carroll pass found Brian Kavanagh but he was denied by the Erins Own goalkeeper Sean Buggy.

Kavanagh did convert a free a couple of minutes later to make it a two point lead but between the 33rd and 39th minutes Comer added four points to take a lead they would never relinquish.

Brian Kavanagh kept Lisdowney in touch but he was the only player from the club to get any points in the second half.
14 points

In contrast, Comer had nine different scorers as they got 14 points from play in a fine attacking display.

A Mick Kenny goal that flew over the head of Sean Buggy in the 49th minute gave Lisdowney a ray of hope but it was a light that only briefly flickered.

Jack Buggy really came into his own after the goal with four frees in as many minutes making a two point margin a six point one.

That ended the game as a contest really with Buggy and Tallis sharing frees before the end as Comer ran out pretty convincing 0-22 to 1-13 winners in the end.