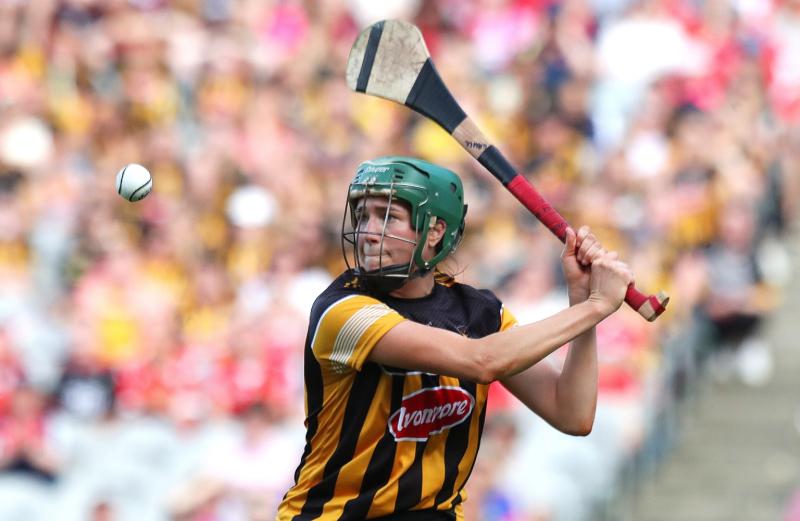 Denise Gaule picked up her third All-Ireland Senior title with Kilkenny on Sunday and not for the first time, she was the player the Cats turned to when in need of a late winner.

For some reason, the frees hadn’t gone so well towards the end of the quarter-final victory over Dublin and the malaise continued to the semi-final, when Katie Nolan eventually took over.

Gaule missed her first on Sunday and Nolan was given the responsibility immediately. Nolan, who has been such an addition to the team in recent years, slotted a couple but after one attempt slid wide, Gaule took over again. She was astray with a reasonable chance but when it was all on the line, there was no doubt. The sliotar never moved from the black spot once it was sent on its way from 46m out.

It was a finish of immense bravery from the Cats’ enduring champion given how the placed balls had been going. She had hit two class points from play in 30 first-half seconds but it was the aerial catches, the ball won on the deck and the clearances from deep in her own half that really marked her performance and illustrated her belief.

The 31-year-old had done this tens of thousands of times before, in training and games and on her own with a bag of sliotars. Just one more needed. So any doubts?

What was in your head?

“Just please go over really,” comes the reply with the trademark mischievous Gaule grin. “Please go over! In fairness, the last two matches haven’t went well but it’s just to grind it out.

“I’m not afraid to step away from them and let Katie take them. There’s plenty other players there, Mary O’Connell, anyone could have stepped up there.

“The last one? I dunno – I was lucky, it was right in front of the post to be honest with you. Just about.”

Kilkenny required a late Sophie O’Dwyer goal to get over the line and Gaule acknowledged that they always seem to make hard work of things, especially as they were six points up after only 20 minutes.

“It’s always with us. I just said to Breda (Holmes), ‘Why can’t we ever do anything easy?’ It was always gonna be the same with Cork.

“It was an unreal match. They were just brilliant and it took everything we had to come out on the right side.”

This is a second All-Ireland now in three seasons for Kilkenny. We thought they were in transition in 2020, when four or five new players came in.

Remarkably, seven of that team weren’t involved on Sunday and so the same was being said all year. Will we ever learn?

It speaks to the job Brian Dowling and his team have done but also to the quality of the newcomers, and the spirit that was enhanced as they dealt with the tragic death of Dowling’s uncle in a house fire just a few weeks after coach Tommy Shefflin’s brother Paul died suddenly at the age of 40.

“Honestly, some of these girls are our best friends. I don’t know.

“We’d do anything for each other out on the pitch, off the pitch, the management team – everyone is just a unit.

“Look, everyone goes through hard times and at the end of the day it’s just a match but it means everything for them 60 minutes and we’re just delighted to be able to come out the right side of it and celebrate with family and friends who weren’t able to be there in 2020.

“It’ll mean a hell of a lot to them. It’s a proud day for Kilkenny.”