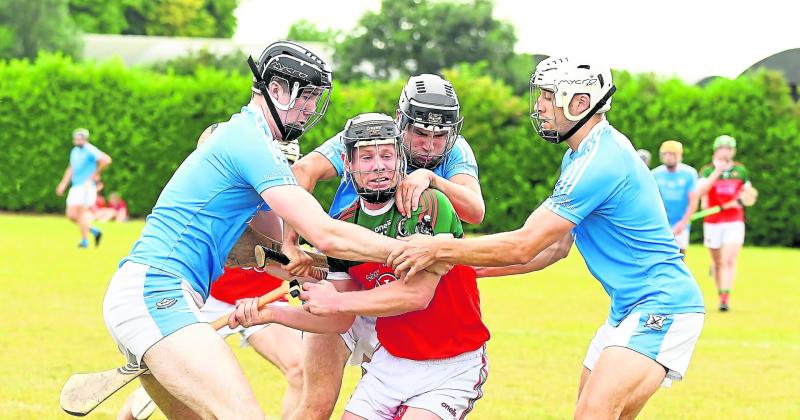 Making their chances — and, more importantly, taking them — helped James Stephens get off the mark in the senior hurling league.

A week after their opening day defeat to Glenmore, the city side were a little sharper in their execution as they got the better of a Graigue-Ballycallan outfit who were keen to erase the memory of their round one loss to O’Loughlin’s.

They still have parts of their game to work on - their wide tally was into double figures by the full-time whistle — but a good goal sense proved to be the difference in sunny Danesfort.

While the Village can look back on goals from Eoin Guilfoyle and Matthew Ruth as the catalyst for their victory, Ballycallan can only wonder where it went wrong. They started like a train, holding the upper hand on the scoreboard and across the midfield battle, but couldn’t make their pressure count.

Two points clear (0-3 to 0-1) after what was a timid opening eight minutes, they had a chance to stamp their authority on the game when a clever move involving Tommy Ronan, Sean Ryan and Philly Cahill unlocked the Stephens defence and slipped Conor Murphy through on goal.

For a split-second the back of the net beckoned, but Murphy’s shot thundered up and into the body of goalkeeper Gavin Costigan before bouncing away to safety.

Graigue shook off that miss and, just minutes later, found a chink in the Village defence again when Billy Ryan’s arrow-like sideline cut dropped towards the danger zone.
Costigan did well to beat the sliotar out, but Sean O’Dwyer couldn’t react quickly enough to force it home, giving Stephens the split-second they needed to clear their lines.

Those missed chances were a black mark for Ballycallan, who had started quite impressively. From the off they took the game by the scruff of the neck, pinning the Village back with some fast running out of defence as they worked the ball up to their forwards. They were three points ahead inside the opening five minutes, Cahill and O’Dwyer sniping fine points from good angles, before Sean Ryan laid a confident pass off to Conor Murphy, who