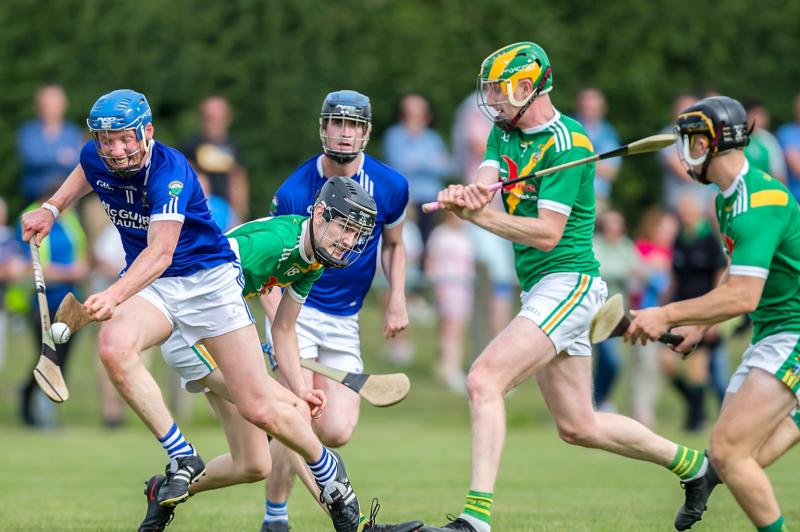 It is now or never for Thomastown as they work to return to the senior ranks with their two opening round games delivering impressive performances.

Their latest win, and it was very comprehensive in the end against Carrickshock, came after a competitive first half.

But after the interval break the winners took a firm grip on the game to record the most convincing of victories.

Stephen Donnelly at corner forward was a constant threat to the Carrickshock defence and his accuracy from all angles and distances saw him land seven points over the hour.

Equally impressive was Robbie Donnelly with his free-taking top class all through the game.

Thomastown are a big mobile team with an abundance of skill and although they were missing a number of regulars, their replacements showed the level of competition emerging for places in the side.

Carrickshock were dealt a big blow on 12 minutes when they lost a defender to a straight red card after an off the ball challenge.

In the circumstances, up until the interval, the ‘Shock played very well and more than held their own against opponents that had a full complement of players.

A Jack Holden goal for Thomastown on 16 minutes when he was set up by Stephen Donnelly left five points between the sides.
Showing great heart, Carrickshock attacked straight from the puckout and were awarded a penalty when a forward was upended close to goal.

Jamie Power made no mistake with a well directed shot into the corner of the Thomastown net.

The free taking of Eoghan O’Neill was also key to Carrickshock’s good first half showing but all the time Thomastown were continuing to edge ahead with Stephen Donnelly and Luke Connellan adding further points.

It was still a close game at the interval – Thomastown 1-13 Carrickshock 1-10 – but the spare Thomastown defender was already starting to make a telling impact.

The winners comfortably controlled the second half holding their opponents to just five points with Jake O’Dwyer scoring the best of those points from out on the sideline for Carrickshock.

It was a well-executed score, the result of some really good build-up play, which was the hallmark of this Thomastown all through the game.

Thomastown made effective use of the extra player in the second half and this enabled them to build attacks with a fair bit of ease from their half back line.

The loss of a key defender was an undoubted blow to Carrickshock but it would not have altered the result at the finish such was the dominance of the winners.

The ‘Shock tried mightily hard but the effort expended by the players in the second quarter impacted their second half performance.

The balance in every line of this Thomastown side is its greatest strength, as is the skill level of the players.