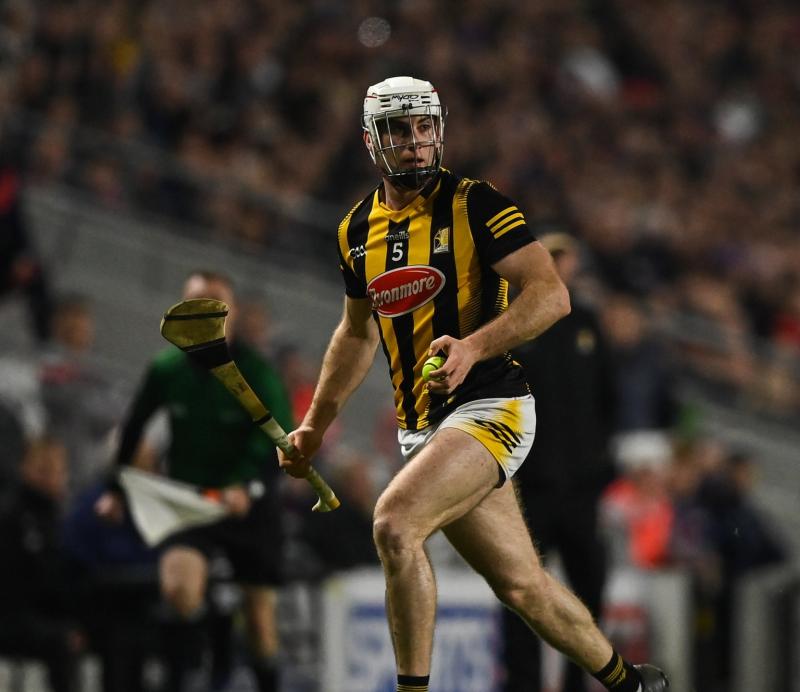 Young Irelands stormed into a nine-point lead in the first half and left last week’s performance firmly behind as they got the better of St Martin’s in Clara on Saturday afternoon.

Ted Drea got the Gowran outfit off to the perfect start with a fine point.

Further points came from Sean Kehoe and Tommy Phelan before St Martins finally got on the scoreboard through a Shane Kinsella free and a fine Josh Dempsey point.

Phelan, Mikey Carey (pictured) and Jimmy Lennon all helped themselves to a point apiece as the men in white and red pilled on the pressure.

The game seemed to even off when Kinsella and Dempsey swapped points with Killian Carey and Kehoe. Brian Coady brought it back to six with a minor but it was responded with one each as Brennan and Phelan split the posts whilst Kinsella’s pointed free was responded to by Phelan’s free.

Coady and Kinsella (free) were sandwiched by points from Phelan and a Seamus Farrell point from distance to leave Young Ireland’s 1-13 to 0-8 ahead.

Martins began the second half with a better tempo but a number of poor wides saw a Coady point the only reward as Young Irelands ran in a hat trick of points through Paul Delahunty, Phelan and Drea.

Kinsella and David Walsh fired over points but another burst of scores from Phelan and Brennan was followed by a goal from Ted Drea as there was 60 yards of space in front of him.

That was game set and match as the last 18 minutes were largely academic.