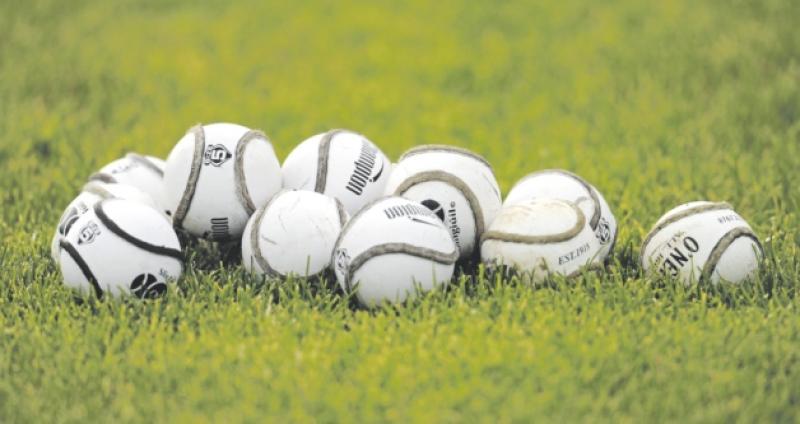 The MW Hire Centre in Dunmore was the venue for a hurling thriller as Tullaroan’s minors took on Carlow’s Burren Rangers in a close-fought Roinn C league final.

Tullaroan were first to strike, hitting two early goals to rattle the Rangers. Ciallan Brennan pounced first before Cathal Russell quickly followed it up when he caught a high ball and finished well.

With centre-forward Ciallan Brennan getting on plenty of ball early for Tullaroan he caused plenty of problems for Burren Rangers. The pressure led to chances, but the North Kilkenny side couldn’t add to their lead. Burren Rangers too were very wasteful in the opening half, shooting a large number of wides as they struggled to settle into the game.

However, tweaking their team helped the Carlow side get a foothold on the game. They dropped Evan Corr in as an extra defender, his presence helping to get a handle on Ciallan Brennan’s influence in the game. Once they cut out the space the Tullaroan forwards had created, they started to enjoy an attacking spell of their own and began to hit the target.

A purple patch followed, as the Burren Rangers forwards rattled off 2-2 in a matter of minutes. The pacey Shane Duffy got the ball rolling, netting after a great run, before Daniel Bolger followed up immediately with another goal.

Two Charlie Cleere frees and a point from play from Ciallan Brennan kept Tullaroan ticking over, but Burren Rangers had now raced into a three-point lead with points from Jake Nolan, Shane Duffy and Billy Nolan.

Tullaroan weren’t about to panic and, with seconds left in the half, they hit back. The ball reached Ciallan Brennan, who was now at full-forward for Tullaroan and he goaled to leave it all square at half-time (Tullaroan 3-3, Burren Rangers 2-6).

While the first half was good, the second saw both sides deliver even more quality as they honed their shooting.
Burren Rangers put some cracking scores over the bar with Jake Nolan adding two while both Billy Nolan and Daniel Bolger adding one apiece - all four came from play.

On the other hand Tullaroan registered one point from play in the second half through Ciallan Brennan - the rest of their points were from Charlie Cleere frees, as the Kilkenny side suffered from a lack of scoring chances, a factor which came down to some brilliant defending from Burren Rangers with Evan Corr, in particular, excelling in a sweeper role.

The big difference between both teams at the final whistle was that old sporting cliché about goals winning games. Ciallan Brennan did add another for Tullaroan when his 21 yard free was saved and he blasted the rebound to the net when it came his war, but Burren Rangers cancelled that out with three major strikes of their own. Evan Corr, Daniel Bolger and Shane Duffy raised the green flags, getting one big score each.

Burren Rangers deserved their win in this final. Mixing a very well balanced team with some brilliant individual performances, once they got going they looked very comfortable on the ball.

Their movement with and without the ball was excellent. Dropping Evan Corr in as sweeper was one big thing that worked well for them and their very dangerous full-forward line did plenty of damage when they got they got going, finishing with a total of 3-5 from play.